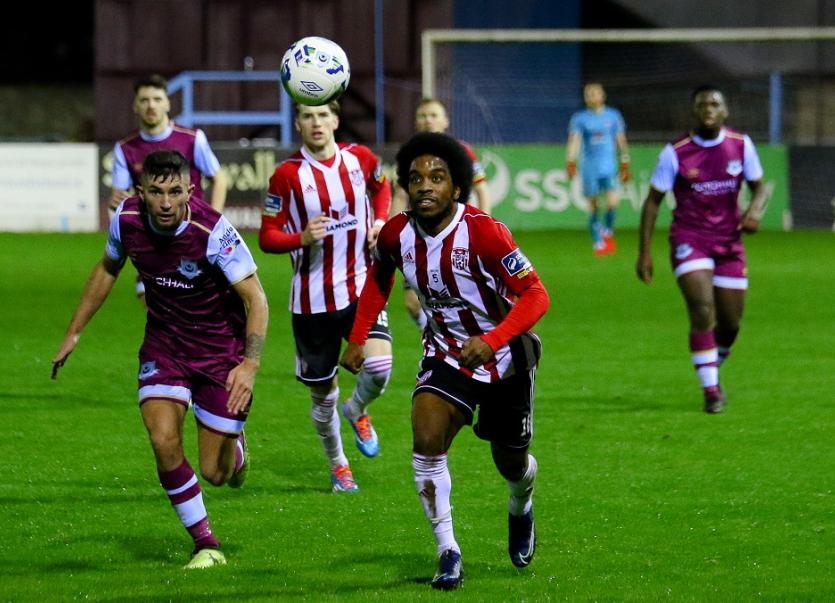 Could Derry City be back on a pitch soon?

Derry City are to be invited to take part in a special four-club tournament in a bid to get the League of Ireland restarted.

There has been much debate in recent weeks about how best to bring back the SSE Airtricity League as the coronavirus lockdown restrictions are eased.

Derry are among the four clubs who have qualified for European competition - and plans are in place to get those sides back training.

A new proposal has been put forward by Doctor Alan Byrne who has been appointed by Sport Ireland to review the various sporting protocols for a return to action.

- Four SSE Airtricity League clubs – Dundalk, Shamrock Rovers, Derry City and Bohemians - will be invited to return to training initially followed by a return to playing, in a behind closed doors tournament, as part of a pilot programme for a return to football for everyone.

- Players and staff from the four invited SSE Airtricity League clubs will undergo regular Covid-19 testing from May 26.

- These four clubs will participate in a four-team tournament at a neutral venue, ahead of their European Club competition games in late July/ early August.

- The four-team tournament will provide all stakeholders with an opportunity to learn in the current environment from these games, thus providing a safer template for SSE Airtricity League, International games and all football going forward.

- All other SSE Airtricity League squads can return to collective training on June 29 under Phase Three of the Government’s Roadmap For Reopening Society and Business, with players and staff undergoing regular COVID-19 testing.

- The FAI Medical Team will provide a detailed and transparent analysis of the testing results to stakeholders, Government agencies and UEFA on an ongoing basis.

“The only certainty around a return to football during this COVID-19 pandemic is the uncertainty,” said Dr Byrne.

“As Medical Director of the Football Association of Ireland, I must look at any planned return to football from a medical viewpoint, with the health and safety of everyone concerned to the forefront in any decision making.

“My advice to clubs is not to return to training when we enter Phase One of the Government Roadmap on Monday, May 18, not to open their grounds and pitches, even to groups of four, and not to consider collective training or playing football until the medical evidence suggests otherwise.

“Decisive actions by our clubs now, will improve the chances of a safer return to football for everyone.

"We must take small and deliberate steps before we can allow all football to return.

"My recommendation to the FAI is to begin with a pilot programme on June 8 for the four SSE Airtricity League teams who have qualified for European football.

"This will allow us to analyse every step of their journey back to football, beginning with a safe return to training.

“The information we will gather from that pilot programme will be invaluable for all players, at all levels of the game, as we look to establish a safer pathway to a return for all football, one that can be approved by all Government agencies and UEFA.

"We all want football back in our lives but it is not worth risking one life by rushing to get our game back.”