This week it's David Moen, secretary of the Liverpool Supporters' Club (Donegal Branch) 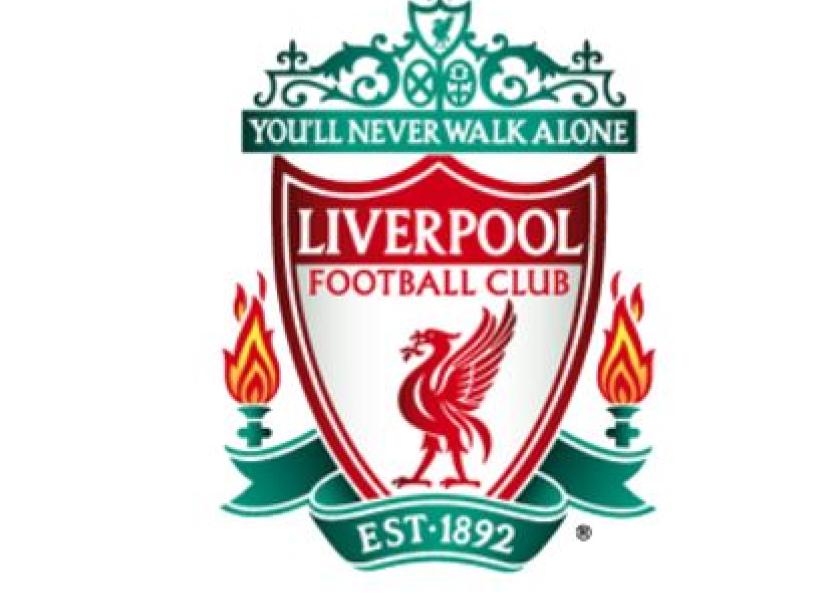 Each week we ask someone why they support a particular cross-channel team, and find out some of the highs and lows that they have endured as a fan. This week we get the thoughts of David Moen, who is secretary of the Liverpool Supporters’ Club, Donegal Branch. 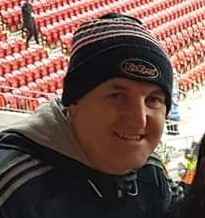 Why do you support Liverpool?
With two older brothers who were also football fanatics, it was a case of which one would persuade me first to follow their club. Thankfully it was the Red brother and not the West Ham one who got to me first. Live football was a rarity in those days so staying up late to watch the 1978 European Cup final on UTV when Kenny Dalglish scored to win us a second European Cup at a floodlight Wembley Stadium is still a memory I cherish.

Tell us about some of your childhood memories supporting Liverpool
At a young age I would have listened to BBC Radio 2, the forerunner to BBC 5 Live, so every Saturday afternoon they would have second half commentary from one of the main games that day. The tones of Peter Jones, Bryan Butler, Alan Parry and a bit later Alan Green played a big part in my life and mood throughout the 80s, thankfully, usually in a good way. Match of The Day and The Big Match were watched of course – before live games came into our living rooms in the early 80s on terrestrial TV.

What football gear or memorabilia did you have?
I was lucky that I was sent over some LFC jerseys from relatives in the UK - a HITACHI red jersey was my prized possession. I still have a few of the older jerseys like the last title winning one in 1990. Luckily I got to meet Kenny Dalglish last January and get a picture and autograph, so that’s up there along with some signatures of the first FA Cup winning team in 1965, some legends in there.

Select three major highlights as fan
Thankfully there is plenty to choose from and its’ difficult to narrow it down but here goes:

1. 1986 League and Cup Double: To win the race to the line against your fiercest rivals not once but twice in the one season and twice in the space of one week was remarkable. To be fair Liverpool were not at the races that season and Everton looked home and dry after a 2-0 win at Anfield in February. But the Reds went on a great run, winning 10 of their last 11 games as they clinched the title at Chelsea on the last day of the season – player manager Kenny Dalglish with the only goal of the game. If that wasn’t enough torture for the Blues, the two sides met one week later in the FA Cup final, a competition I had never seen Liverpool win. Again, like the league campaign, it was Everton that raced ahead and had chances to increase the lead, but goals from Rush (2) and Craig Johnson sealed what was then viewed as almost impossible achievement of a league and cup double.
2. Champions League Final 2005 (Liverpool came from 3-0 down to beat AC Milan on penalties): From total despair and embarrassment after the first half, to elation after an hour as the game was pegged back, then to having to endear some desperate defending for the remainder of the final. It was pure madness from the first minute to the last; never will we see the like of that in a final again. Once we got to the penalties it was hard to see us not winning, and Jerzy doing a Brucie on it made it even better.
3. Liverpool v. Barcelona Semi Final 2019: After playing so well in the first leg and somehow coming away three down and could have been worse, it was a grim journey to the airport for the flight over to Liverpool for the second leg. It was made worse that Man City had beaten Leicester the night before to more or less clinch the title, so we had 97 points and nothing to show for a great season.
Divock Origi, the man for the big occasion, tapped home an early settler and despite some Barca pressure the game was well and truly up for grabs. In the second period Georginio Wijnaldum with a quick double sent us all into raptures. But nothing prepared us for the ‘Corner taken quickly’ moment. Trent Alexander-Arnold was so quick half the ground including me and the Barcelona defence missed it, cue mayhem. What a night – and an injury to boot, my shins well and truly gashed by the back of the razor blade type bucket seats in the Kop. A scar is there to this day; at least I can say I got an injury in a European Cup semi-final at Anfield v. Barcelona, if I could tell my 10 year old self that yarn!

Select three major disappointments
League cup final 1981
We didn’t even lose this game; Liverpool had never won the League Cup and came into the game as hot favourites against a pretty good West Ham side that had won the FA Cup the year before.
In extra time Alan Kennedy scored for the Reds, but in the last minute, West Ham won a penalty which was scored by Ray Stewart to force a replay. Didn’t lose, but that was the first gut wrenching feeling I ever got from watching the reds. Got over it after a few days and we went on to win the replay and the next three League Cups as well.
Liverpool 1 Coventry City 2 - Title Run In April 1997
The Liverpool side in the mid-nineties under Roy Evans was one of the most exciting sides the club has ever had. In 1997 it looked like a credible title charge was on. Coventry sitting bottom of the table were expected to be dispatched easily at Anfield and the Reds would go top with just six games to go. Robbie Fowler opened the scoring, but Noel Whelan levelled from a corner, and Dion Dublin scored from a corner. Sickened beyond belief – from a possible position of being in pole position to win the league, they managed to finish fourth.
Liverpool 0 Chelsea 2 April 2014
Brendan Rodgers’ flamboyant side went on a ridiculous run of being unbeaten since losing to Chelsea in December to find themselves in with a great chance of winning their first title since 1990. But Chelsea came with other ideas. The title was in touching distance but again they missed out.

Above: David Moen an Anfield with Clare and Chris Dullaghan.

First time you saw Liverpool live
Dundalk 1 Liverpool 4 – European Cup First Round 1st Leg – Sept 1982
Living just 30 miles from Dundalk at the time, this was the draw to end all draws. Tickets were secured and Oriel Park was packed with 16,500 fans. All the heroes were there, Hansen, Souness, Dalglish, Rush, Whelan, all world stars. Dundalk had a decent European record at the time but they were no match for Liverpool, who ran out 4-1 winners. For it to be a European Cup game was certainly extra special and to see that side at their best and only a season from winning a treble in 1984 it is a great memory to have.

Name some players who never got the recognition they deserved
Mark Lawrenson, Sammy Lee, Kevin Keegan