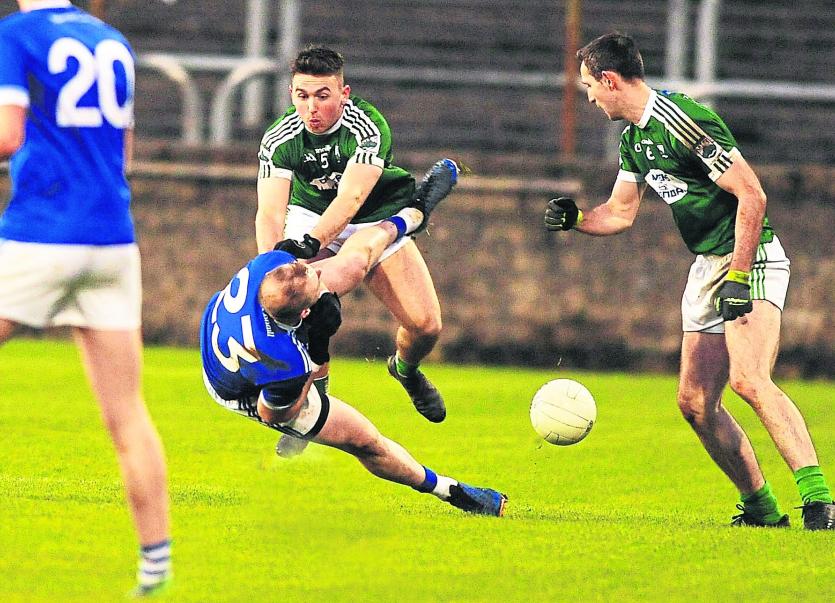 Major changes to the format for the club championship in Donegal, as well as the league, have been announced by the Donegal County Board who have confirmed that the revamped 2020 club season will begin on Friday, July 17.

There will be a novel format for the Senior Championship with all 16 teams in a single “league”. The top eight teams in the league – after four rounds of games – qualify for the quarterfinals and the bottom four go into relegation play-offs. Each team will have two home and two away “league” games during August.

The same format is to be used for the Intermediate and Junior Championships.

Meanwhile there will be big changes too to the league structure which will be run on a regional basis, and the first round of league games will be played in three weeks’ time, on Friday, July 17.

The format of the leagues and championship, outlined below, were approved on Friday night by the Donegal County Board and all current regulations and bye-laws for these competitions were set aside.

The board said the  advent of the Covid-19 lockdown restrictions has made it impossible to run with our normal league structures. Instead there will be six regional leagues. Further details and fixture lists will be released in the next few days and loaded on www.donegalgaa.ie

Here’s how the Donegal County Board have explained how the season will operate:

The A League section will consist of three regional groups – two of seven teams and one of six – encompassing all of the clubs in Division 1 and Division 2. The B section will include the remaining 19 clubs – two groups of six and one of seven. There will be seven rounds.

County players will not be available for all rounds but at a minimum will play in the first two. There will also be regional and divisional finals. All details will be released and uploaded on the Donegal GAA website early next week.

Championship football will commence in August with four rounds of “league” games. The knock-out stages – quarterfinals, semi-finals and finals – will be in September. For the Senior, Intermediate and Junior championship, quarter-finals are scheduled for Sept 4th, 5th and 6th, semi-finals for Sept 12th and 13th and the finals for Sept 26th and 27th. Senior and Intermediate Relegation play-offs and finals will be the same weekends as the quarterfinals and semi-finals.

There will be a novel format for the Senior Championship with all 16 teams in a single “league”. The top eight teams in the league – after four rounds of games – qualify for the quarterfinals and the bottom four go into relegation play-offs. Each team will have two home and two away “league” games during August.

There will be a draw in early July which will determine the first two sets of “league” fixtures. The first eight teams drawn at home on the weekend of July 31 to August 3 will go into Pool A. The remaining eight teams in Pool B will play at home the following weekend August 8/9. All knock-out games will be “finish on the day”.

The Junior Championship will have two groups of five teams – Group A and Group B. The first teams in each group will progress to the semi-finals while the two quarter-final pairings shall be 2nd Group A v 3rd Group B and 2nd Group B v 3rd Group A with second placed teams playing at home.

The draw for the Intermediate and Junior Championship “leagues” will take place in the next few weeks, along with the draw for the first two rounds of the Senior League.

The U21 A and B championships will run as normal but beginning and ending slightly later than envisaged at the beginning of the year.

There are will also be changes to the Junior and Senior Hurling championship and these will be confirmed over the next few days – the start date of the Nicky Rackard, announced yesterday, is earlier than the Donegal CCC had anticipated which has necessitated some re-calibration, namely a condensing of the fixtures window.

Details for the Junior B and Senior C finals are also still to be finalised. The Reserve championships will have the same “league” fixtures as their Senior and Intermediate counterparts but not run on the same dates. Rather, Reserve league fixtures will begin in mid-August and end in mid-September with the knock-out phases in October and November.