MANUS BOYLE COLUMN: As expected cream has come to top with last four

Will it be a repeat of the 2019 final or can Kilcar or St Eunan's crash the county final party? 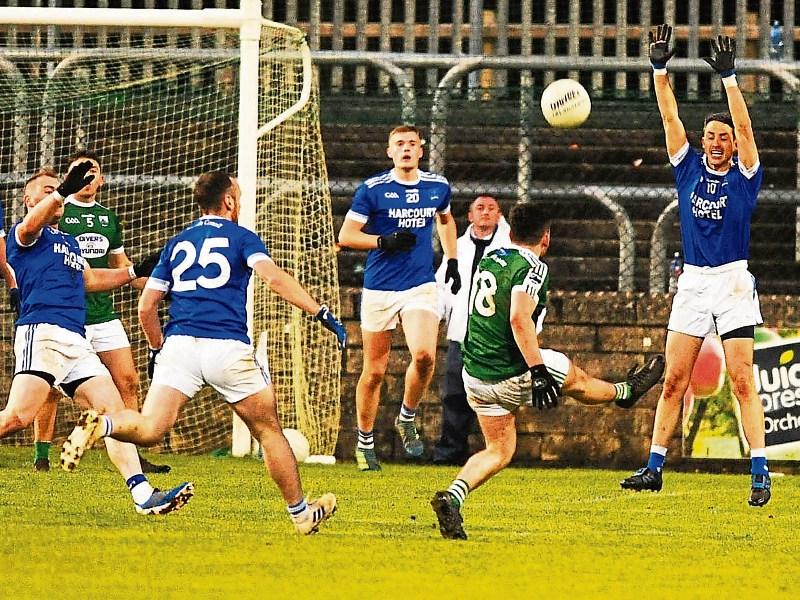 A few months back I was asked to do a Podcast with Paddy McGill about the Donegal championship. Paddy is well known for his commentary on Ocean FM. As we ran through the draws and what teams would be the ones to beat, even then it was obvious that this weekend’s semi-finalists were always going to be the last four.

St Eunan’s ran out easy winners against Bundoran, who were caught by a Letterkenny side who are improving with every outing. Kilcar didn’t have it all their own way against St Michael’s in Towney. Michael’s came strong at the end but it was Kilcar that had done enough to get over the line.

Naomh Conaill had too much for a Glenfin side who can be more than pleased with their senior championship run; they looked organised and always capable of getting a goal or two but playing Naomh Conaill was a step too far for them this year.

The other game saw last year’s county finalists and many people’s favourites for this year’s championship, Gaoth Dobhair, escape with a one point victory at home to an Oisin Gallen-inspired MacCumhaill’s side that asked loads of questions from the Ulster champions of 2018.

Although missing Odhrán Mac Niallais and Michael Carroll, you would have expected them to have enough but MacCumhaill’s took them to the very end and only for two points in the dying minutes they would have been gone.

However, it has to be said when they needed it most, like all good sides, they came up with the scores. That never-say-die attitude is certainly alive and well in Gaoth Dobhair.

To this weekend where on Saturday evening Kilcar take on Gaoth Dobhair. Until last weekend Kilcar have been way ahead of their opponents in every game; they have upped their game from last year and look sharper. Under John McNulty they seem to be moving the ball quicker, they have scoring potential all over the pitch and while they might have been very dependant on Paddy McBrearty for a lot of their scoring and winning ball inside, in addition to the three McHughs, both Andrew and Matthew McClean have been excellent in the championship so far.

Add to that Stephen McBrearty, Conor Doherty and Ciaran McGinley, they form a formidable side. Gaoth Dobhair have been a step above most sides throughout the qualifying rounds; they were not at their best last weekend but you know that they have a lot of big game players in their side. They’re happy to play the game long or through the hands; they have the players to adapt and have certainly plenty to come off the bench. If they are not at their best Kilcar will have enough to roll them over.

Kilcar will also look at how MacCumhaill’s got at them from the kick-out and they struggled in getting through a very disciplined defensive wall. If the Gaoth Dobhair men have everyone back on Saturday evening and playing to their potential, I think Kilcar might struggle but if they dip below their usual standard, no better side to make them pay.

Sunday will see Naomh Conaill, last year’s winners, take on St Eunan’s. Naomh Conaill have come through the championship without much of a fuss. When they needed they stepped up a gear or two but have always been well inside their comfort zone throughout the summer. Losing to Kilcar and Gaoth Dobhair in 2018 and 2019 has certainly refocused this group. They are well organised, play the game on their terms and at their pace. With the Thompsons, Leo McLoone and Eoghan McGettigan they form a formidable axis up the middle and if St Eunan’s are going to have a chance of getting to this year’s final, they will need to stop that threat.

Eunan’s have themselves shown that they are a better unit this year. From Shaun Patton out they have players in every position who have played county football at some level. They have plenty of experience in Eamonn Doherty and Rory Kavanagh with Doherty filling in at full-back for the injured Conor Morrison; then they have Padraig McGettigan and Niall and Shane O’Donnell up front. They will ask Naomh Conaill plenty of questions.

Gaoth Dobhair showed in last year’s county final that when you get on top of the Glenties side you have to put them away; you have to take at least 70 to 75 per cent of chances because they keep coming back. They are happy to play end to end as they have worked extremely hard on their closing down and tackling in the last few seasons and it was a huge plus in their journey in Ulster last year. But there is little on any given day between these two sides but Eunan’s will have to be at their best to make sure they don’t miss out on another final.