Striker grateful for belief that the club has shown in him 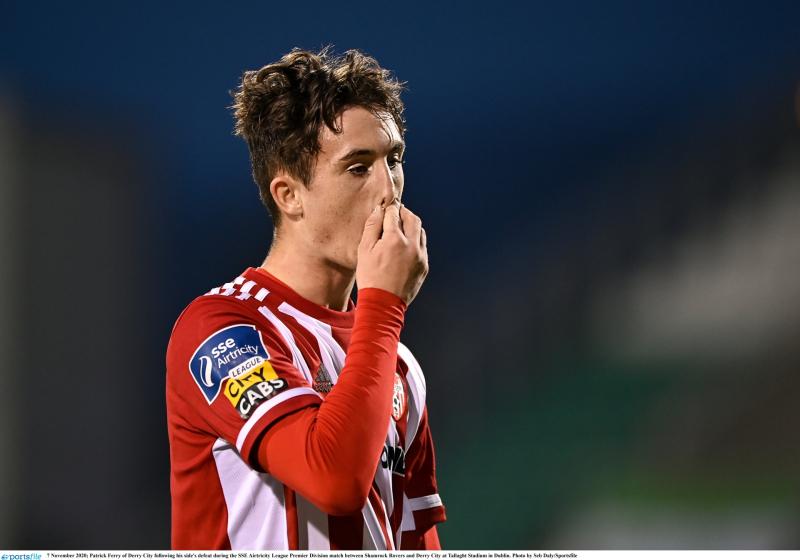 The highly-rated young striker joins Ramelton's Ronan Boyce in becoming a permanent member of the first-team squad ahead of the 2021 season, which is now just a matter of weeks away.

Derry City fans will remember Ferry from last season, during which the 18-year-old from Gaoth Dobhair made his Candystripes debut.

Ferry made two substitute appearances last season, his debut coming in a 2-0 home defeat to Sligo Rovers on July 31, and as a late substitute in the defeat to Shamrock Rovers at Tallaght in the penultimate league game of the season in November.

He played 48 minutes in total with the first team.

The teenager is delighted to have signed his first deal with the club.

“I’m over the moon to sign my first deal. I can’t thank the Academy enough for what they’ve done for me to get me to where I am now, as well as Declan, Paddy and all the boys in the first team,” he said. The belief is there from the manager and I can feel it every time I went into training with the first team last year. That’s all you want really, you want belief and faith in you to do well and hopefully I can repay them this year.

“As a footballer, most importantly, you have to have belief in yourself. I think I had a lot already before I signed the deal, but now that I have signed the deal, hopefully it gives me more confidence to try and push on this year.” 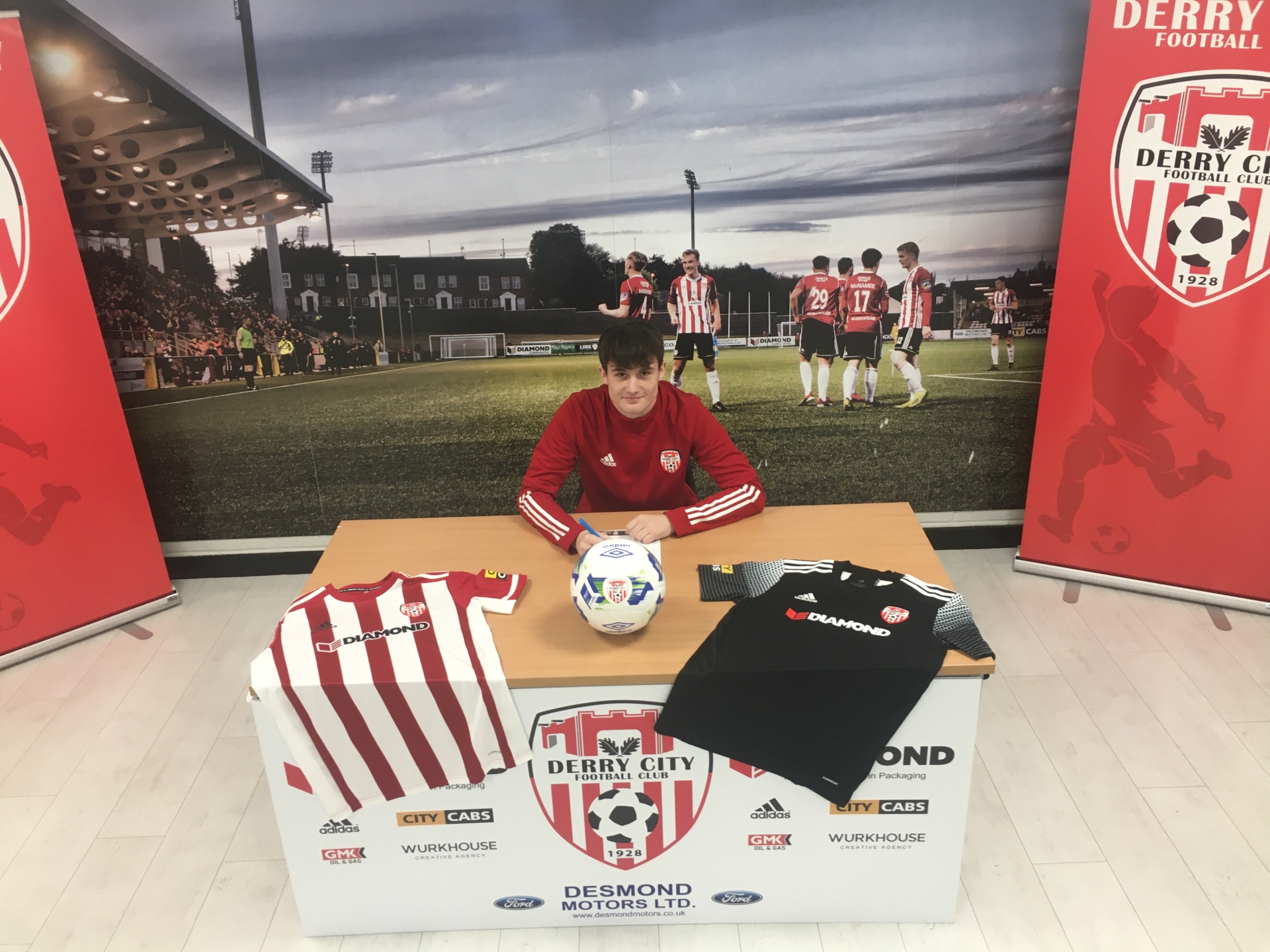 Declan Devine described the contract as ‘fully deserved’ and paid tribute to the club’s Academy coaches who have helped the teenager develop in the striking role.

“Our Academy continues to do a magnificent job and this is a compliment to them and also to Patrick who has put his head down and worked so hard.”

“We spoke with him and his parents last week and they are fantastic people.”

“I’m looking for Patrick to take this opportunity to kick on now the way Jack Malone, Nathan Gartside and Ronan Boyce are doing.”

“He can play anywhere across the front three and he has a very bright future if he continues to work hard.”

“Our supporters will see that we’re working to put down a solid base for the future of the club.”

“These young players are the lifeblood of Derry City and I’m looking forward to working with them and watching them progress at the club.”