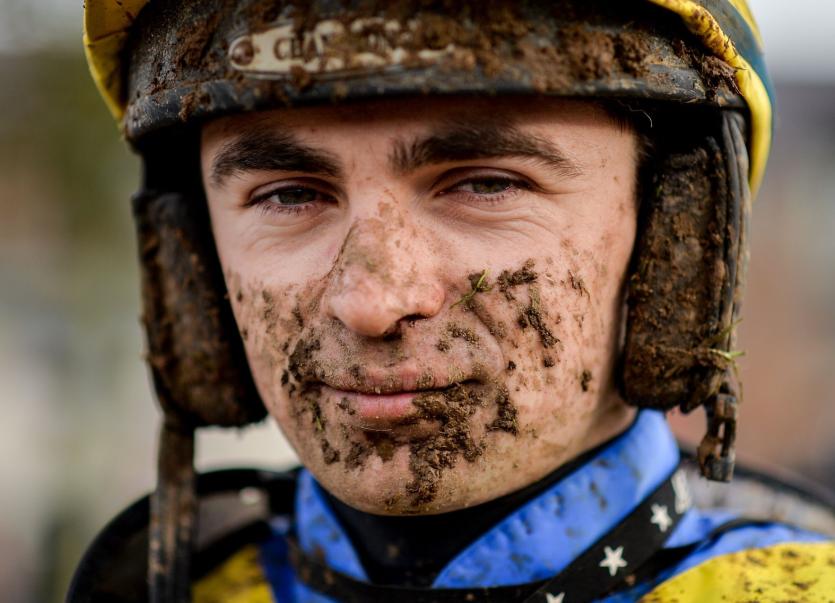 There was a massive upset as Freewheelin Dylan produced a shock 150-1 success in the BoyleSports Irish Grand National at Fairyhouse.

But it was another outsider that sparked off celebrations in Donegal as Rathmullan jockey Conor Orr had a superb ride on the 40-1 shot Enjoy D’allen, who finished third three lengths behind Run Wild Fred.

It was a memorable day for Orr and trainer Ciaran Murphy as the French seven-year-old, owned by the Railway View Stud Partnership, produced a great run, staying in behind the leaders throughout the three mile five furlong contest on yielding ground.

Enjoy D’allen went third over the last fence and ran on well to take third spot and the tidy little sum of €36,000.

The winner, Freewheelin Dylan, was given a brilliant ride by Ricky Doyle.

The Dermot McLoughlin-trained nine-year-old was always travelling well and never really looked like being caught going over the last to go on and land the €216,000 first prize.

The 9-2 favourite Latest Exhibition was fourth.

Conor Orr, who turned professional in September 2018, has a second and another third at Fairyhouse as well over the Easter weekend.

His last winner was in Thurles in March when he rode Castlegrange to victory.

He is a brother of jockey Oisin Orr.