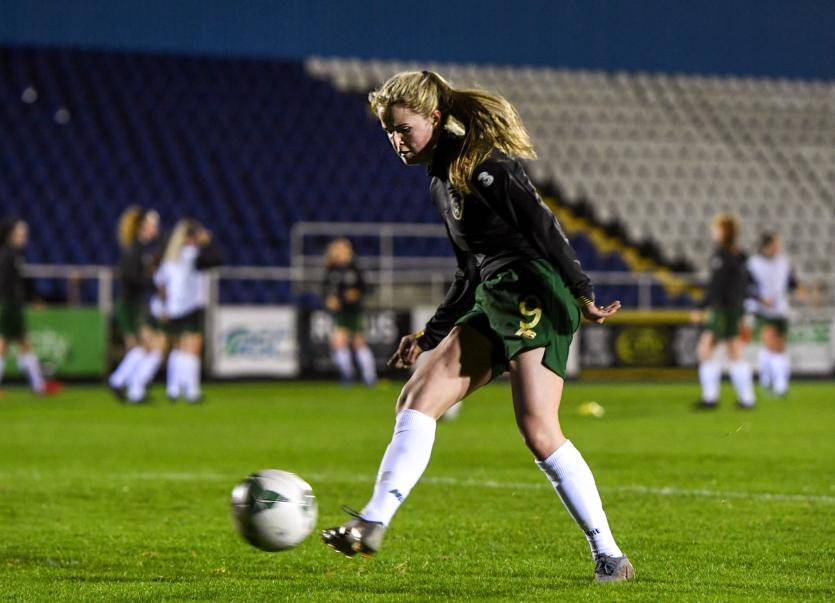 Erin McLaughlin (Fildara) says she's delighted to be back in action for both club and country after nine frustrating weeks out through injury.

The Culdaff native dislocated her shoulder in April playing for Sion Swifts in a pre-season friendly but made a welcome return to the pitch last week as part of the Republic of Ireland U19 squad that played an international double header against Northern Ireland.

The 18-year-old played the last 30 minutes of the second match, marking her debut for the U19s after impressive performances for both the U15s and U17s.

She is now looking forward to playing her first club game of the season for Sion in tonight's big NI Women's Premiership derby clash against Derry City Women.

She told Donegal Live: "It was really good to get some game time with the U19s last week, and I'm really looking forward now to the match against Derry.
"They beat us 1-0 earlier this season so the girls are really hungry to make amends for that."

Fildara will be seeing a few familiar faces tonight as she tries to break through the robust defence of a Candystripes side that boasts a sizeable number of former Inishowen and Donegal League players in its ranks.

But they will hold no fear for the talented teenager, who has shown steady improvement since signing for the polished county Tyrone outfit from home club Culdaff FC last year.

"It's definitely a step up," she said. "I felt like I needed to challenge myself and I'm glad I did it.
"This league is a really good standard, with lots of senior Northern Ireland internationals playing in it, so I definitely feel it has helped me as a player.

"It was really good to get game time with the U19s last week to get me back into things. I'll probably need a match or two to get up to full fitness, but everything is going well and I'm really happy to be back playing."