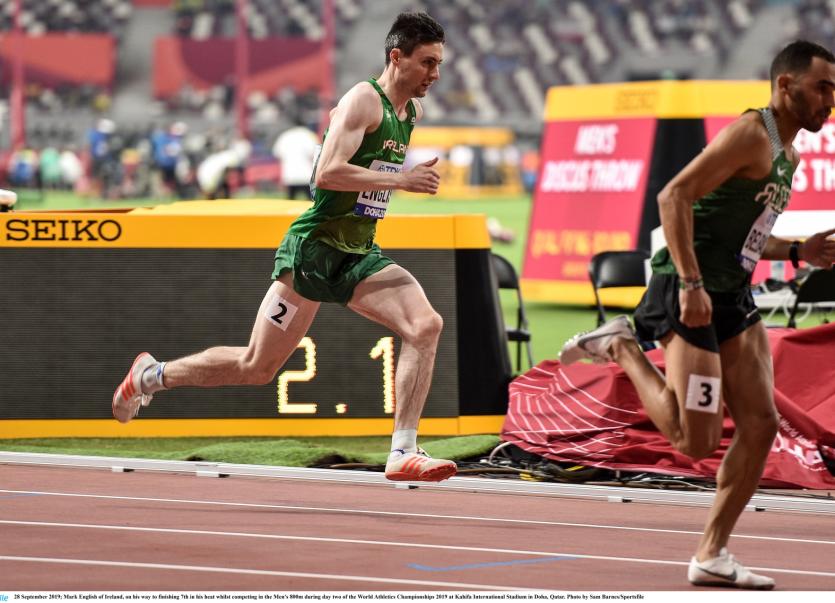 Mark English is ready to board the plane for the Olympics in Tokyo following an excellent run in Spain tonight.

The Letterkenny native finished second in the men's 800m in a season's best of 1:45.22, just four-tenths of second outside of the Irish record over the distance, ran by David Matthews in 1995.

English, a member of Finn Valley Athletic Club, was two-hundredths of a second outside of automatic qualification for Tokyo, but seeing he's now 39th in the standings he won't be caught to fall outside of the top 48 with qualification due to close on Monday week. He is due in Santry next weekend with a view of defending his 800m crown at the National Senior Championships.

At the Meeting Madrid, a Continental Tour silver meeting held at the Estadio Vallehermoso, English came home just behind Tony van Diepen of the Netherlands, who ran a season's best of 1:45.17, with Spain's Saúl Ordóñez Gavela in third on 1:45.26.