"I want to play at the highest level I can" 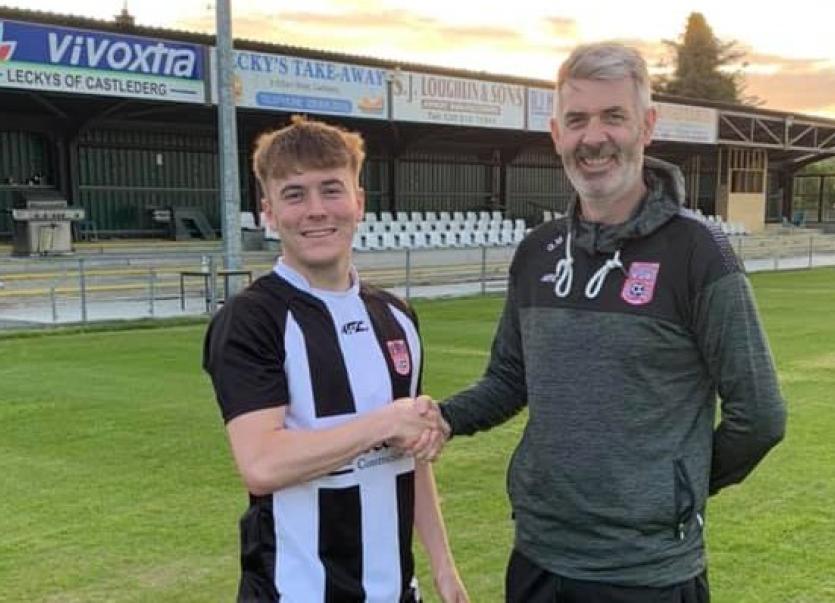 Former Finn Harps midfielder Pat Loughrey is aiming for the top with the NIFL Championship side Dergview.

Loughrey, who left Finn Park at the end of last season to rejoin boyhood club Buncrana Hearts, is one of a batch of former Harps players to sign for the county Tyrone outfit this week, along with Kieran Farren, Jamie Browne, Niall McGinley and Ryan McConnell. The players are well known to Dergiew boss Tommy Canning, who managed Finn Harps U19s.

Said Loughrey: "Dergview were on to me at Christmas about going up to train, but it was just too difficult with Covid.
"But I've been up training this last two months and I've really enjoyed it. It's a good club and they've brought in a lot of new players so they can give promotion to the premiership a really good go this season.

"I'm delighted to be getting the chance to play at this level. I had three really good years at Finn Harps, mostly playing for the U19s.
"I made a couple of bench appearances with the seniors and it never really got beyond that, but it was a great experience getting to see a team performing at such a professional level."

The pacy left-sided midfielder is now champing at the bit to get into action for his new side, with the NI Championship expected to start this August.
And the 21-year-old says he's delighted that there will be a few familiar Inishowen faces playing alongside him.

"It's great that Kieran and Cathal (Farren, Kieran's brother) are there too," he said. "It should be handy for lifts. I can't wait to get going now.
"My aim is to play football at the highest level I can. Hopefully we can make a big push for promotion and then see what happens from there."

Dergview boss Canning said Loughrey was an "all-action left-sided player who really wears his heart on his sleeve and is always ready to give his all for the team."