Did you know the cups on ‘Crouchy's Year-Late Euros’ came from Donegal? 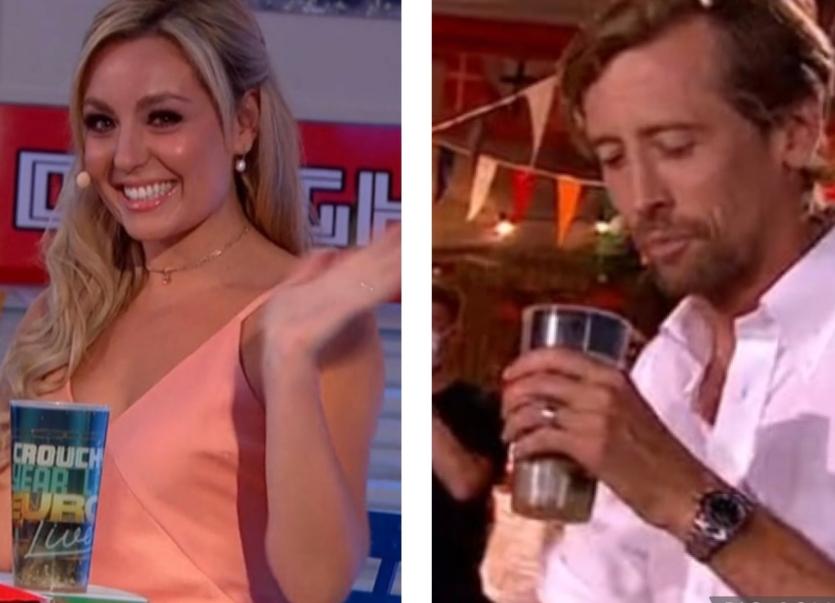 BBC’s ‘Crouchy's Year-Late Euros’ is providing some late night entertainment throughout Euro 2020 and if you look closely enough there’s a link to Donegal.

Peter Crouch and co-host Maya Jama welcome guests to discuss all things Euro 2020, having come to the rescue of local Donegal businessman Peter Reynolds, director of Branded Cups. You’ll see they’re using the drinking cups of Peter’s company, which is based in the CoLab in Letterkenny.

Originally from Manchester, Peter is currently living in Ramelton and married into the Black family who are all heavily involved with Milford GAA. Unlike his German supporting in-laws Kyle Black, Sean Black, Darragh Black, Shane Black and Kieran Sheridan; Peter and Crouchy are hoping England can go all the way in the Euros. 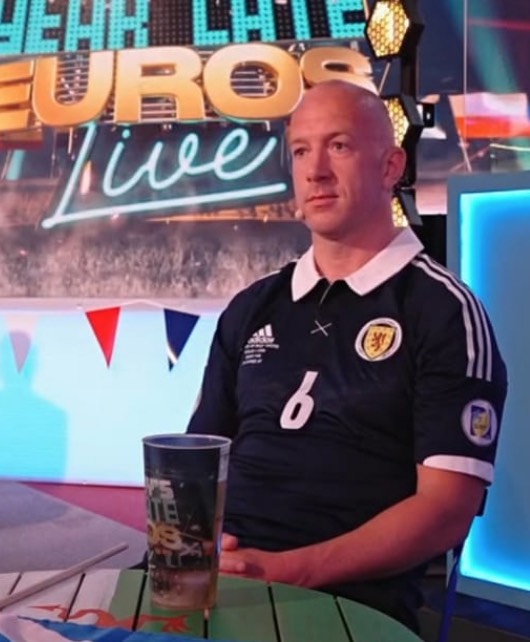 At least with Branded Cups nobody on Crouchy’s show need go home empty-handed, even poor Charlie Adam, whose beloved Scotland have already exited the tournament. Whether celebrations of commiserations let’s hope we can get back to busy beer gardens and fun times with Happy Cups.

Peter, as luck would have it, is nicknamed ‘Crouchy’. So, it’s not just their first names that they share in common, as Peter is often nicknamed Crouchy when out and about due to his tall figure, blondish hair and laid-back approach. 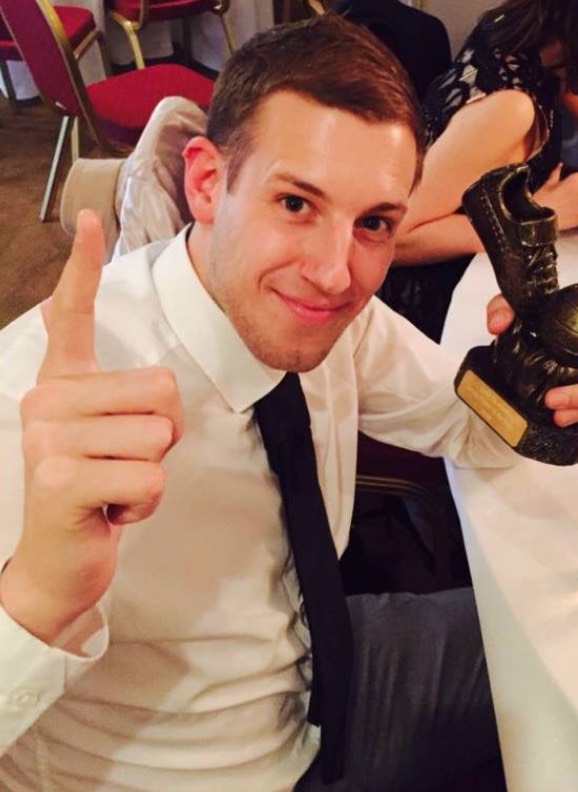 “During my year travelling and living in Australia, we lived with some Brazilian guys who became good friends and call me Crouchinho,” Peter says. “Fast forward to 2020 when we were in Brazil on our honeymoon and on a beach in Santos two youngsters came up and asked me for a photo thinking I was the real Peter Crouch. Not wanting to embarrass them I obliged and even faked an autograph on their t-shirts!

“My wife Lisa is a little bit like Abbey in terms of not fussed about football. As we met through a mutual friend who called me Crouchy she had no idea I was actually called Peter until a few weeks after we were going steady.”

“As a result of being a Crochy doppelganger, it was an extra special honour to fulfil the enquiry from Fulwell 73 Productions to supply the Year Late Euros TV show. Suffering greatly as a result of the lack of events throughout the pandemic, it was great to receive the order for our eco-friendly branded event cups for the hosts, special guests and audience to use whilst filming the fun and exciting show that’s been running alongside the Euro 2021 competition.“

The show has shown great banter and a whole heap of stars on the show including Tony Adams, Harry Redknapp, Jermaine Jenas and Jack Grealish all enjoying a chilled beer or soft drink from their Year Late Euros cups.

Both Peters will be hoping England can go all the way and England will be victorious but at least with Branded Cups nobody on Crouchy’s show need go home empty-handed, even poor Charlie Adam, whose beloved Scotland have already exited the tournament. Whether celebrations of commiserations let’s hope we can get back to busy beer gardens and fun times with Happy Cups.

For enquiries for any custom printed reusable cups, please contact hello@branded-cups.com and the customer care team will gladly assist.