Little between Malin and Moville in Division 3 derby 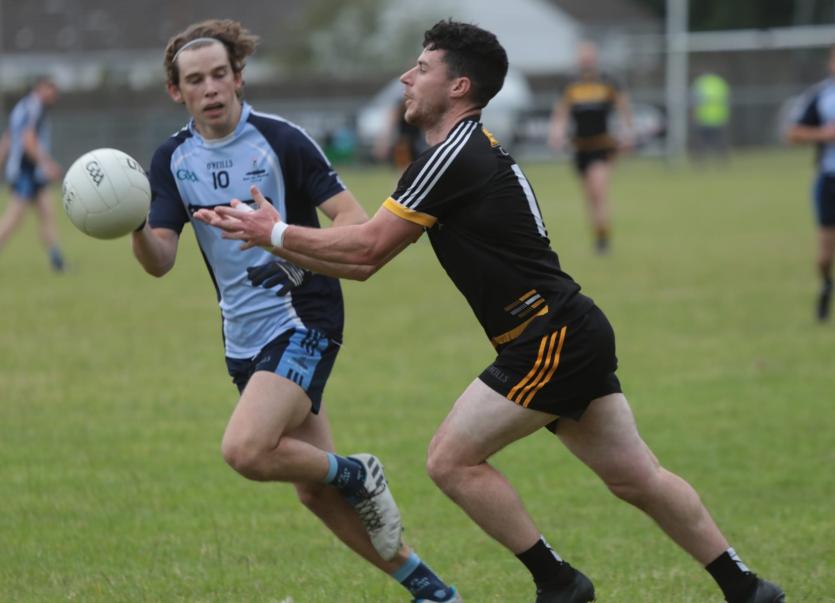 A late penalty sealed victory for Moville in a thrilling Inishowen derby against Malin in Connolly Park on Saturday evening.

With Malin leading by a point in the late stages, Moville forward Christy Hegarty was brought down in the square in injury time and Malachy McDermott fired home the resulting penalty that clinched the points.

There was little between the two sides in this high-octane, tit-for-tat clash that saw the lead swing from one side to the other throughout. Benny Fildara for Malin and Paddy Faulkner for Moville were prominent in an entertaining and free-scoring first half that ended up all square.

The hosts edged ahead by two points in the first five minutes of the second half, but Moville came back at them as they had done in the first half, and the back and forth continued right into the dying stages to see the sides locked at 0-13 to 0-13.

With the seconds ticking down, Benny Fildara scored a great point to edge Malin ahead once more, but their slender lead was stolen when Moville converted their injury-time penalty to go two ahead.

Anthony Doogan's side defended well against a Malin onslaught in the final minutes, with McDermott adding a free to his late goal to make sure of the victory that sends them further away from the relegation zone and ends Malin's three-game unbeaten streak.