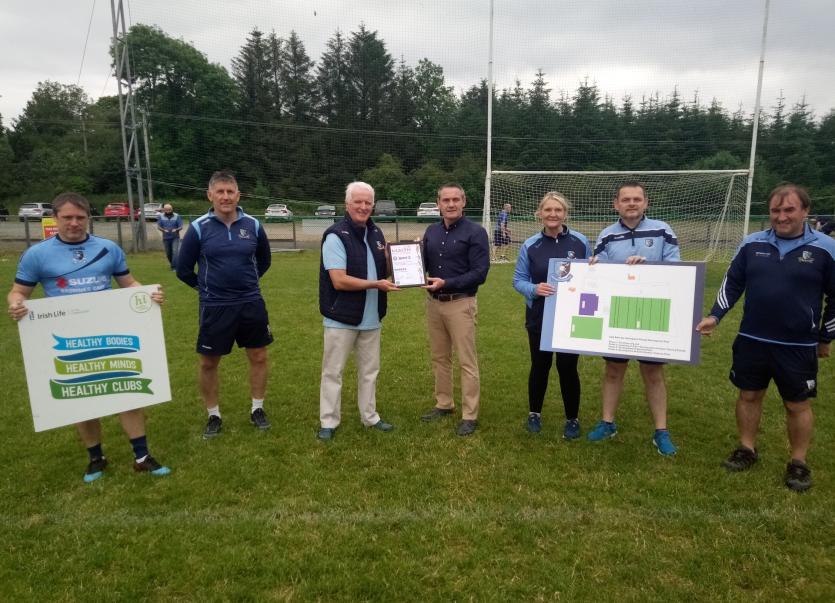 Clg Baile na nGalloglách has been awarded the prestigious Club Maith Award in recognition of its outstanding standards of club management.

The Club Maith Award is a club accreditation scheme that is unique to the GAA and allows clubs to be benchmarked against best practice standards across the full range of GAA club activity. Kieran McLaughlin from the Ulster Council visited Moyle Park earlier this week to present the award to club and committee members Pauric Curley, SP Barrett, Kevin Egan, Roisin McCormack, Pat Barrett and Aodh McCormack.

Kevin Egan is the Development Officer at Clg Baile na nGalloglách who spearheaded the initiative, and he says it’s a fantastic honour for the club to receive the Club Maith Award: “It’s a great honour to accept the Club Maith Award on behalf of the club. We’re always looking to improve our club in any way that we can and this is an important accolade as it sets out the criteria and measurement standards by which a successful club should be run.

"These standards ensure that Milford GAA Club is kept to the highest standards for future development. Our goal is to develop a club that everyone in Rathmullan, Milford and Ramelton can be proud of.” 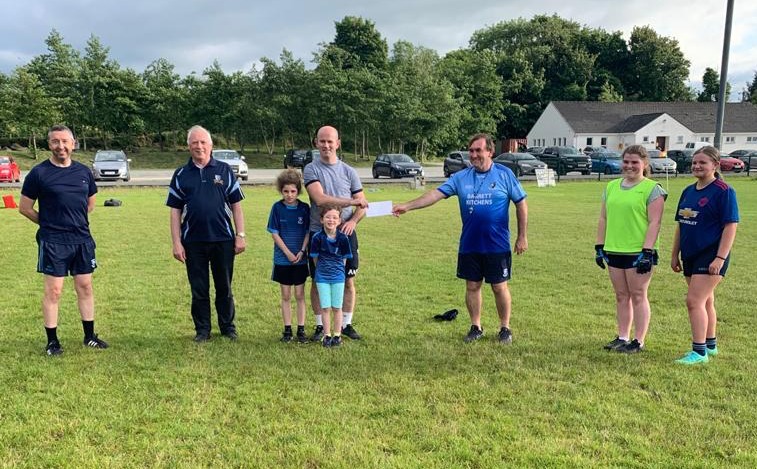 Meanwhile, Clg Baile na nGalloglách has been busy behind the scenes preparing for the first Club Development Draw which is due to kick-off on August 8. The major fundraiser hopes to support the future of the club and purchase land adjacent to the current set-up at Moyle Park where a new indoor hall, second pitch and training pitch will be built.

The Club Development Draw will run for ten weeks in total and tickets cost €100 or €10 per week, with a guaranteed prize fund of €26,000. Each week there will be six cash prizes of €1,000, €500, €300 and 3 x €200. There will also be two additional free draws for €500 cash on week one and week six for any tickets that are fully paid before the first draw. The club ran an early bird draw earlier this week and Milford man, Conor McNulty scooped first prize and won a €200 One 4 All voucher.

To purchase a ticket for the Club Development Draw, contact any committee member or visit www.milfordgaadraw.ie.