Matt Gallagher: ‘Donegal have the equipment to hurt Tyrone’ 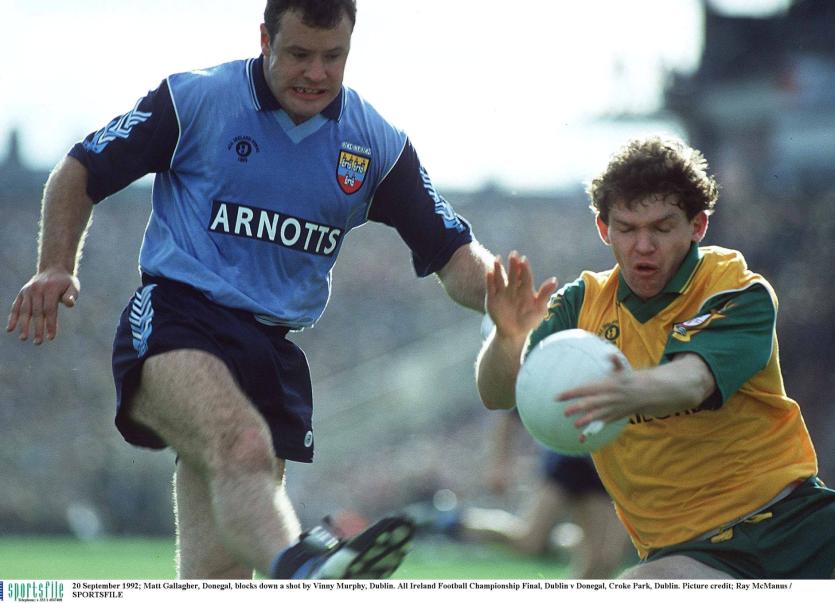 Matt Gallagher, Donegal, blocks down a shot by Vinny Murphy, Dublin, in the All-Ireland Football Championship Final in 1992

Last Sunday’s scare against Derry should be a wake- up call for Donegal as they take on Tyrone in what could be a “battle of Brewster” against Tyrone on a sizzling Sunday.

That is the fervent hope of Donegal great Matt Gallagher, who described Sunday’s close encounter in the Ulster SFC quarter-final against Derry as a “disappointing performance” and one where “Donegal seemed to lack energy”.

So, is that the wake-up call that Donegal needs for a much tougher test against Tyrone in Brewster Park on Sunday?
The 1992 All-Ireland winning full-back said: “Well let’s hope that is what it is and get a poor performance out of the way and that we can up the levels and I am sure that Declan Bonner and his team are more acutely aware than we are of what happened and what went wrong against Derry.

“We seemed to lack energy and it is not like us and I can’t remember us turning Derry over and attacking them like we normally do and it just did not happen last Sunday for some reason. But you can get games like that and if you come out the right side of the result, you just move on.

But Donegal showed great resilience and composure to claw back two different four-point deficits and hung tough for victory.
He added: “But you have to take your scores and there is not much point in Derry being the “better team” if you don’t take your scores. When Donegal were four points down it looked concerning.

“I thought Donegal were nervous, but they battled back and took some great points. I thought we finished strongly, but if Derry had taken one of their goal chances, then we could have been in real bother.

“But they didn’t but you have to take your chances. We spent years as gallant losers and it never got us anywhere, but this game is about winning”.

And Paddy McBrearty certainly showed that in spades with that magnificent point to win it for a Donegal side that Gallagher feels lacked “energy”. “It was a fabulous score, but I thought that Niall O’Donnell and Michael Langan hit some great scores too,” Gallagher added.

“But when the pressure came on, I just think Derry did not handle it too well. “But in fairness to Derry they have had some pretty good underage teams coming through and they have had All-Ireland success. They probably sank to a level way below where they should be and are now coming back. They played some very good football, but class told in the end especially with Patrick McBrearty’s great point and we held our nerve. That comes from winning tight matches and knowing how to win tight matches”.

On Sunday they face a Tyrone side who could have a major threat in the possible Twin Towers of the returned Cathal McShane and Conor McKenna.

“Niall O’Donnell had a few wides that should have gone over, but he hit some great scores and Shaun Patton is able to find him with kickouts.” 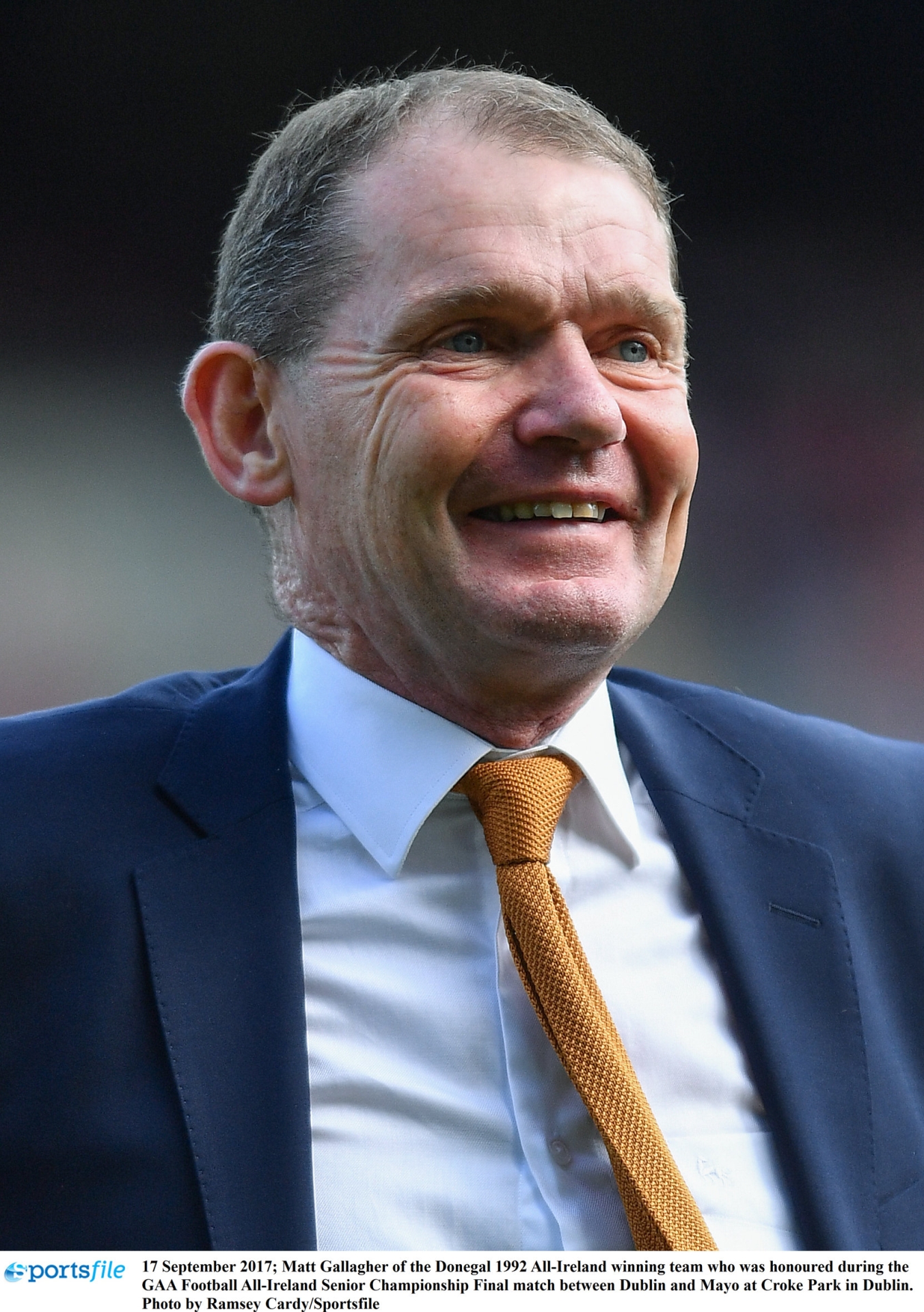 When asked about the growing realisation that Donegal won’t have the talismanic Michael Murphy for 70 minutes, Gallagher said: “It was good to see Michael Murphy coming on and he kicked a few scores, and he looked a bit better, and he did not go off injured and that is a plus and in another week he should be in better shape.

“Peadar Mogan was injured, and he has been fantastic and he brings a lot of energy to the team.
“We have shown that we can play at a high level, but we will need to if we are to overcome Tyrone”. So how big a blow is it that Donegal will not have Murphy for the entire match?“Well Dublin won’t have Cluxton and every team has these things and if David Clifford gets injured for Kerry, they won’t have him.

“You have to deal with injuries and get on with them and that is why you have a panel. Michael is a special player, but we are going to have to plan for when he is not around. Other lads are going to have to stand up. We have the equipment to hurt Tyrone. There is an Ulster final beckoning, and we have a fantastic record and we want to keep it going.