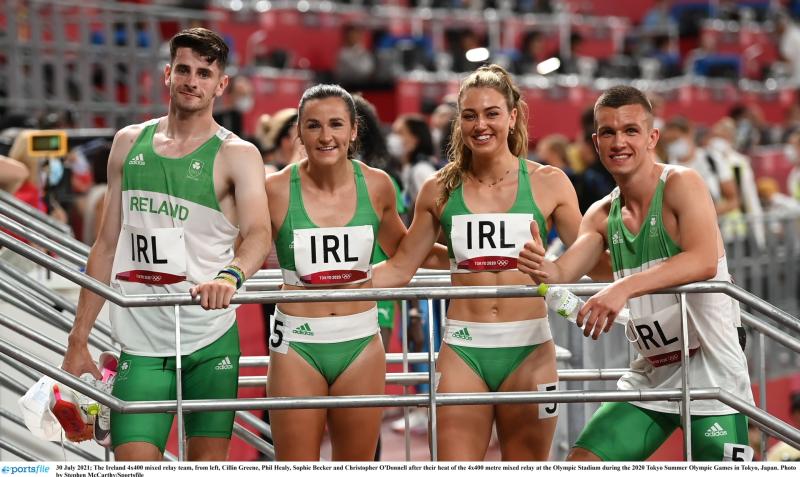 Chris O'Donnell ran a stirring final leg to ensure Ireland's place in the final of the 4x400m mixed relay and break the Irish record at the 2020 Tokyo Summer Olympic Games in Tokyo.

The former Magh Ene College Bundoran student, who is from Grange, Co Sligo, clocked 44.74 seconds on the final leg. Cillin Greene led out Ireland with a split of 45.15 seconds, before Phil Healy's 51.41 seconds and Sophie Becker's 51.58 seconds

Ireland's fourth placed finish in heat one in a time of 3:12.88, taking four seconds off the old record. With the top three to qualify automatically for the final, it looked as though there would be a nervous wait.

However, the United States, who were favourites to win the gold medal, and the Dominican Republic were subsequently disqualified and Ireland were upgraded to a second-placed finish behind Belgium.

The disqualifications for breaking the following rule: "For all takeovers athletes are not permitted to starting running outside their takeover zones."

Even if the United States and the Dominican Republic are reinstated, Ireland's time proved to be enough to see them into tomorrow's final at 1:35pm Irish time. Ireland's time was sixth best of the eight finalists.