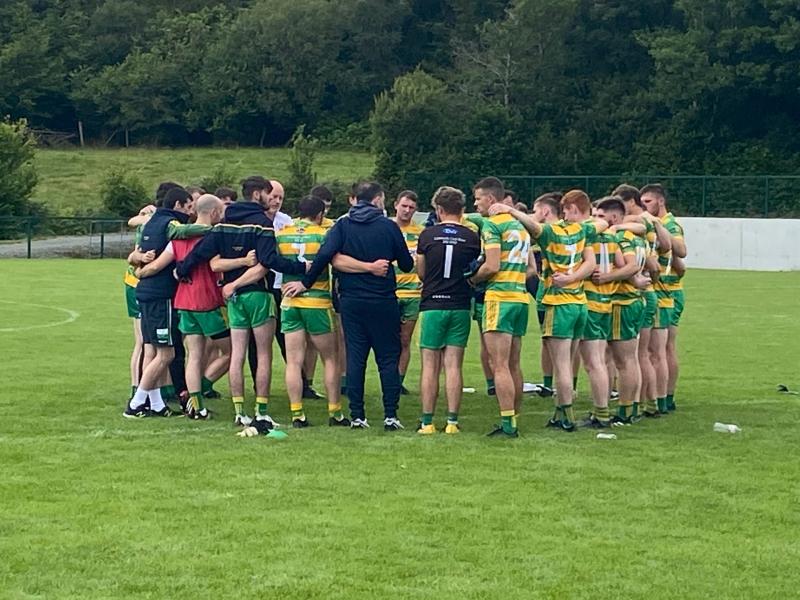 An early Paddy McGrath goal and two more late in the day from CJ Molloy and Gareth Concarr gave Ardara a win at Glenswilly to considerably boost their chances of avoiding the relegation play-offs.

It means the side from Kentucky now have five points, with Killybegs and Bundoran to play, while today’s loss confirms Glenswilly’s place in the winner-takes-all battle for survival with Michael Murphy’s reintroduction vital to their prospects.

Four successive CJ Molloy frees turned it the way of the visitors by the break, by which time they’d gone 1-6 to 2-2 in front. He’d score 1-6 in all.

Glenswilly had started brightly, going 1-1 to 0-0 in front by the eighth minute where an excellent goal was scored by Jack Gallagher, who broke into space and then had the presence of mind to look up and see Paddy Gallagher off his line before lobbing the ball home.

Ardara got themselves back into contention with a well-worked goal on 14 minutes when McGrath tucked home at the end of a move that saw Paul Walsh play the final pass.

Beforehand, Glenswilly goalkeeper Philip O’Donnell had made a fine save to deny Tomas Boyle and at the other end, on 15 minutes, a quick pass from Cormac Callaghan set up Shaun Wogan to shoot home.

In the second half, points from a Paul Walsh free, Boyle and CJ Molloy made it seven in a row for Ardara and a 1-9 to 2-2 advantage. Glenswilly were stung into action and Sean Collum’s point was their first in 27 minutes.

Points followed for the hosts from Kealan Dunleavy and two from Caoimhinn Marley to level it at 2-6 to 1-9 with 13 to play.

But just when they seemed to be losing their way, Ardara grasped the initiative once more as Glenswilly struggled to get out. Having edged two up with scores from substitute Concarr and a CJ Molloy free, Molloy scored a last minute goal with Joe Melly and McGrath involved in the move.

Then, in injury time, Jon Ross Molloy provided the assist for Concarr to score Ardara’s third goal, to confirm the away win.