McGee: Tyrone have opened a door 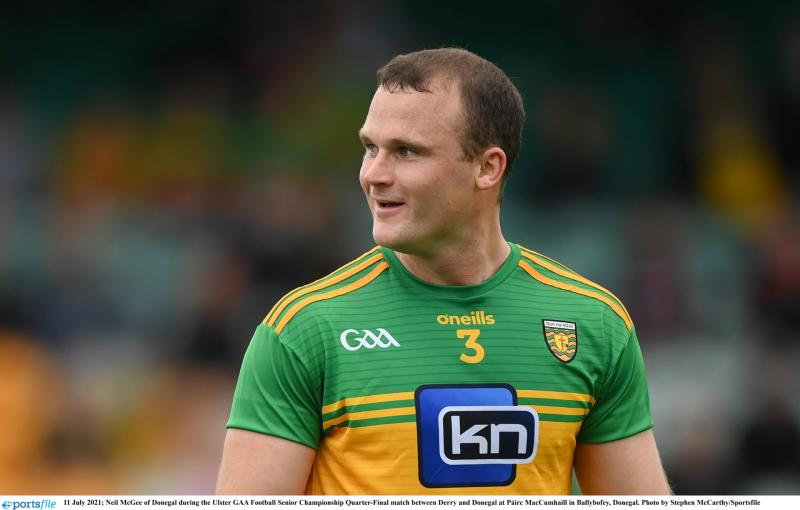 Tyrone’s capturing of Sam Maguire on Saturday can act as a catalyst for counties like Donegal to do likewise, according to Neil McGee.

The Donegal full-back watched on on Saturday as the Red Hands won a fourth All-Ireland crown in defeating Mayo at Croke Park. For Donegal to get back to those heady heights they last experienced in 2012, the Gweedore native believes they must move on, keep adding and bring something different if this dream is to be realised.

“Of course, the potential is there, definitely, and all of the other Division One teams will be thinking the same as Tyrone have opened a door with Dublin and Kerry out of it,” McGee said this week. “The gap is narrowing. But Donegal must bring something different, something extra just as Tyrone will have to do if they want to retain the All-Ireland title-what they did against Mayo last Saturday won’t be enough as the game keeps changing so much.

“Donegal need to keep moving forward and keep adding, you can’t just keep doing what you have been doing and it is the same for all other teams".

That is the firm view of veteran full-back Neil McGee as he ponders an uncertain future following a serious back injury against Tyrone back in July.  He added that Tyrone’s subsequent All-Ireland victory over Mayo will give Donegal renewed hope-especially against a background where they beat the same team on three of the last four occasions that they met.

“It should give Donegal hope of course, when they go back training knowing they have beaten Tyrone, but Tyrone have improved so much and being close and being a million miles away is the same thing in the end,” McGee added. “Tyrone are sitting across the border with Sam Maguire, and it will give lads hope that you are close but at the same time you are a million miles away.

“When you go back training there is only one thing on your mind and that is Ulster titles and All-Ireland and it is the same for the other top teams, Dublin, Kerry, Mayo, Galway and Monaghan. If you are not looking at that, you should not be up there, we are all in the same boat as Tyrone’s win has changed the game.

“Everybody knows what Tyrone brings, it is the collective and then they have some brilliant players all over the team. They changed things up for every game and a lot of credit must go to their management team, their coaches and their strength and conditioning man Peter Donnelly.  They also had quality subs to bring on and there are not too many teams that can do that”. 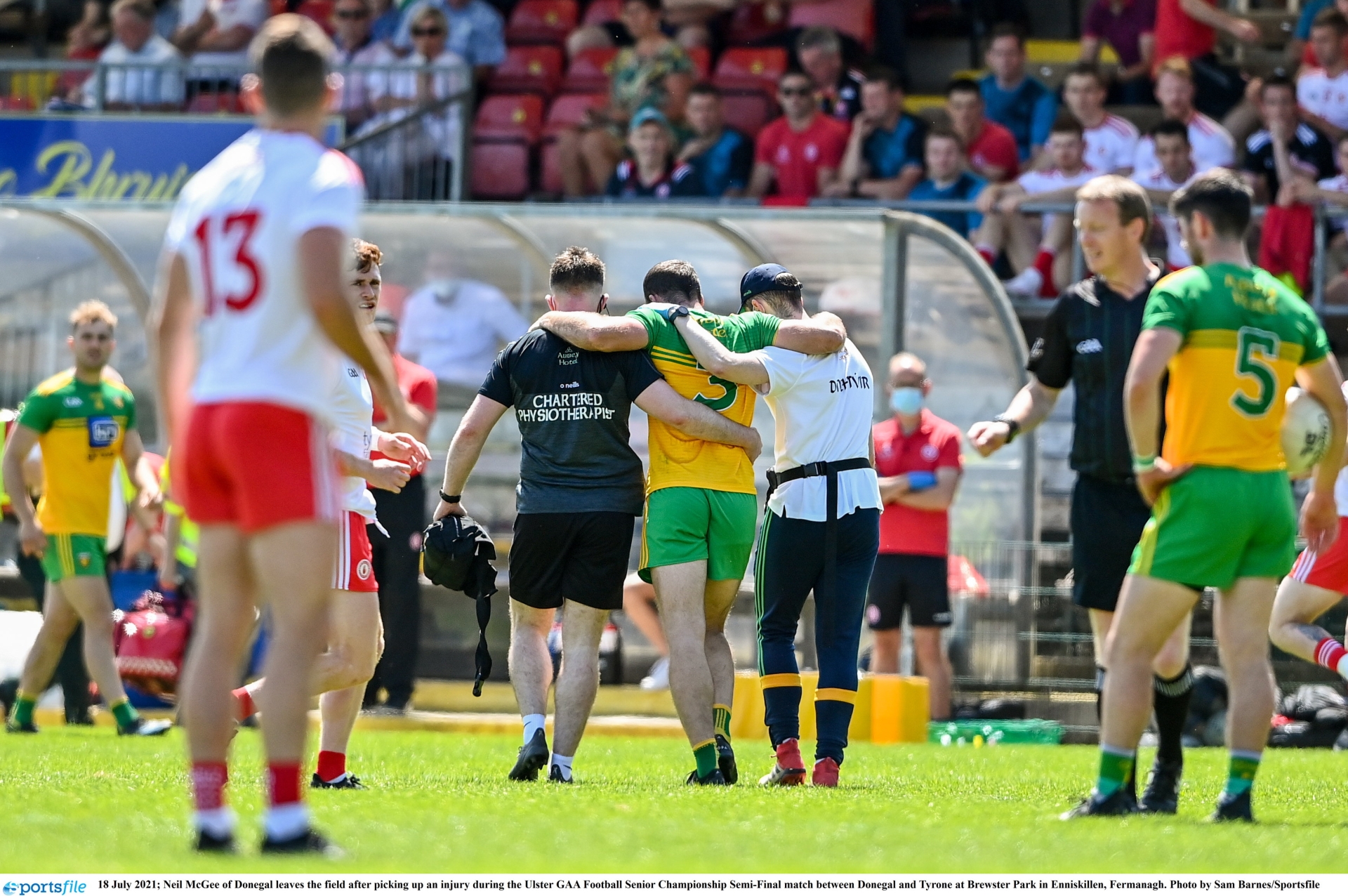 Meanwhile the Gaeltacht colossus has not worked since that cruel twist of fate that saw him taken off early in the match when he fell heavily on his back on the ground on a day when Michael Murphy missed a penalty and was later sent off as Tyrone ran out winners on a 0-23 to 1-14 scoreline.

“It was disappointing, but in fairness to the lads they kept battling away, but it was just too much of a hill to climb, but that is the way football goes,”  he said. McGee, who is employed by KN, is “just trying to get back to work in a few weeks- time.”

He added: “I haven’t worked since the injury so that is my main priority at the minute. But I must say my employers have been very good. The back flares up now and then and I am trying to build it up and maybe be able to line out for the club if we are still there towards the end of the championship.

“It is about getting mobility back and I am off for eight weeks now. I hope to be back at work in the next week or so. If I can be back at work and all going well, be back with Gaoth Dobhair towards the end of the championship.”