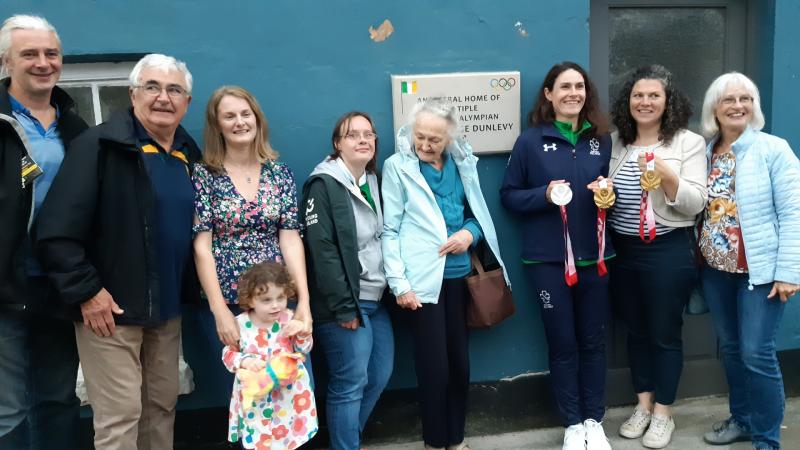 Katie-George with the extended Dunlevy family in Mountcharles on Sunday

When Katie-George Dunlevy returned to Mountchares on Sunday evening with her paralympic gold and silver medals, it was proud moment for her father, John.
The homecoming saw Katie-George paraded through the town by the Ardaghey Pipe Band and then presented to the crowd outside the former home of her father.
"Absolutely delighted. A very, very proud Mountcharles man, very proud Donegal man, very proud Irish man, whatever order you take it in. Brilliant, over the moon," was the reaction of John Dunlevy.
"I think it will soon dawn on people how good Katie was, what the achievement was, brilliant," said John.
Katie-George along with her tandem partner, Eve McChrystal, won two gold and one silver medals in the Paralympics in Tokyo and John was really pleased with the crowd that greeted the triple medal winner.
"It's a wonderful turnout. The whole of Mountcharles has turned out. It's a credit to them," said John. 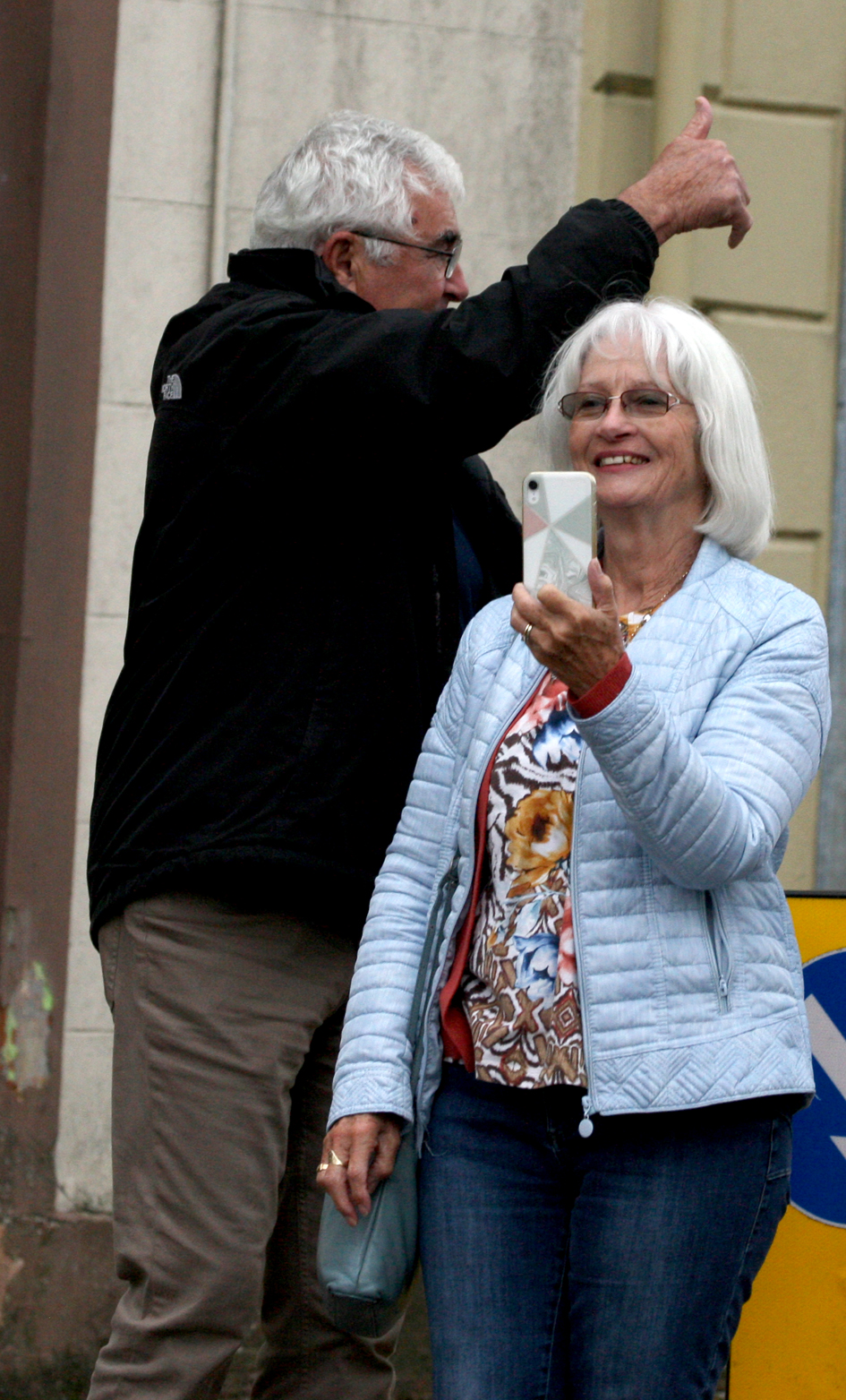 The Dunlevy family had been in Rio to see Katie-George and Eve win gold and silver five years ago, but this time around because of Covid-19 they were unable to attend.
"It's the first time we have missed a major meeting with Katie in it for seven years. We couldn't go to Tokyo and we stayed at home but we had the rest of the family around us, which was good.
"Very excited, very nervous as well. But once she got the first medal, we knew she was going well and we knew she had her stronger events to come.
"They did a lot of hard work together over the last two years and they had a very good coach. The girls did put a lot of work in."
The last gold medal won by the girls, the road race, put the icing on the cake, especially as it is their best discipline.
"They got a silver medal in Rio (in the road race) and they were a little bit disappointed. The track in Rio was very hilly, they were fine going up the hill, but not so good coming down. They thought they lost it on the downward, and they felt they owed themselves one for that.
"The road race is a lottery because you can get a puncture or a mechanical problem, like the British pair. It's over two and a half hours and anything can happen.
"The medal that Katie really appreciated was the silver medal in the Velodrome, because they had a run-off with the British. They broke the world record to get there, and even though it only lasted three minutes and they were delighted with that.
"Once they got that silver medal we were delighted because anyone who can get a medal at these paralympics are exceptional athletes."
John says there were very early starts for the family watching the races. "Very nervous before it, we were up hours before the races started, twitching around, shouting at each other, but very excited during the races. Especially in the Time Trial when they were so far ahead, that they caught up with their main rivals before the finish.
"We were already singing and dancing well before the race finished."
The girls were able to enjoy it too and John puts their performance in perspective: "On the road, they have been the best two girls on the road for the last five or six years," says John.
But the greatest pride is always coming back home. They did that in 2016 after Rio and now were able to savour it once more in Mountcharles."Always delighted to come to my home town, always delighted to see my old friends, delighted to come to Donegal. Maybe the locals just take it for granted, but they should look out their doors and windows," says John.

The McGinley Clan with cousin Katie-George at the homecoming