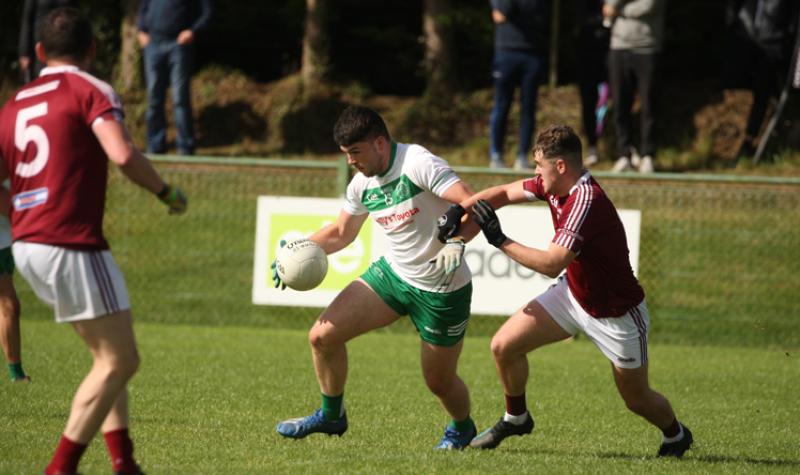 Experience and craft are priceless commodities in championship football as home side St Naul’s showed in this typically hard-fought affair in Mountcharles.

That, and an exquisitely crafted third minute goal, was the real difference between the sides. Wind-assisted St Naul’s had the benefit of the breeze in the opening half and they made it pay from the outset.

They were well worth their half-time lead of 1-8 to 0-4-the goal coming from a Michael Coughlan tap in after just three minutes. But, credit to a battling Termon side, for whom Daire McDaid hit some great frees, they never stopped fighting to the bitter end.

However 12 wides, many from relatively easy chances, stymied their cause while Naul’s hit seven. There was a bigger disparity in the free county with Termon awarded 17 to St Naul’s nine, which underlined some discipline issues in the ranks of the winners.

But, they were deserving winners after rallying from a Termon third -quarter to hold on for a deserved victory. Young wingback Thomas White was outstanding while Barry Griffin, Peadar Mogan and Stephen Griffin stood up when needed.

For Termon, who have 11 starters who are under 23, McDaid, Ricky Gallagher, Ryan McFadden and Jamie Grant all had their moments. But the decisive score of the game came after just three minutes when a lightning Naul’s move involving Mogan and a sublime pass from White into Michael Coughlan who had a simple tap in.

Naul’s tagged on three more points from Mogan, Stephen Griffin and White to lead by 1-3 to 0-1-Bobby McGettigan replying for the losers in the 13th minute. Termon settled into the game and cut the lead to 1-5 to 0-4 by the 27th minute.

But three quickfire points from White, Mogan and Griffin put Masters into a commanding half-time lead of 1-8 to 0-4. Wind-assisted Termon roared out of the traps at the start of the second half with the youthful McFadden and Jack Alcorn gaining a foothold in midifeld.

And the scores flowed from McDaid, including a monster effort from McDaid in the 39th minute to leave Naul’s in front on a score of 1-8 to 0-8. But Martin Breslin settled some nerves with a fisted point which was added to by Barry Griffin to leave the winners ahead by 1-10 to 0-8 by the second water break.

The home side lost sub Brian McGrory to a black card in the final 10 minutes. But youthful Termon were far from finished and created some great scoring chances but hit five bad wides.

McDaid and Ricky Gallagher narrowed the gap, but Griffin hit a final free to ensure a narrow but deserved victory for the home side.