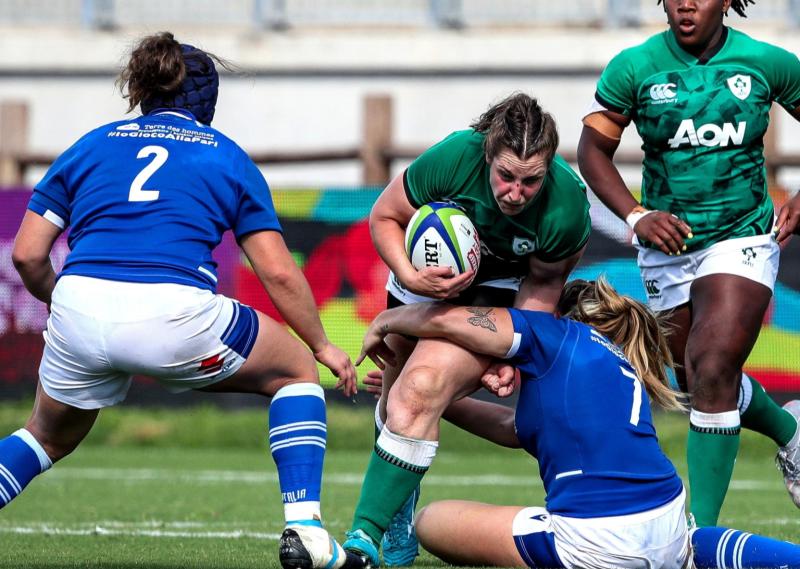 Laura Feely and Ireland will know what they have to do come Saturday evening to seal a place at next year’s Rugby World Cup finals in New Zealand.

Ireland were surprisingly beaten 8-7 by Spain last Friday to put a serious dent in their hopes of qualifying before they got their bid for a place back on track with a 15-7 win over Italy in Parma.

Ballybofey native Feely, who lines out for Blackrock College and Connacht, was a replacement against Spain before coming into the starting team against Italy.

On Saturday, Ireland face Scotland and Italy take on Spain in the final set of games, with only the winner of the four-team pool qualifying and a further play-off awaits the side who comes second.

All four teams have five points from their two outings, with Ireland currently second of the four on pointer difference. The Italians top the table on points differential, plus 17, Ireland’s is plus seven. Spain are third with a minus four points differential and Scotland have a tally of minus 20.

It means on Saturday, in all likelihood, Ireland’s winning margin would have to be 11 points better than Italy’s. Ireland have the advantage of playing Scotland after the Italy game with Spain has ended. Kick-off on Saturday is 5pm Irish time.