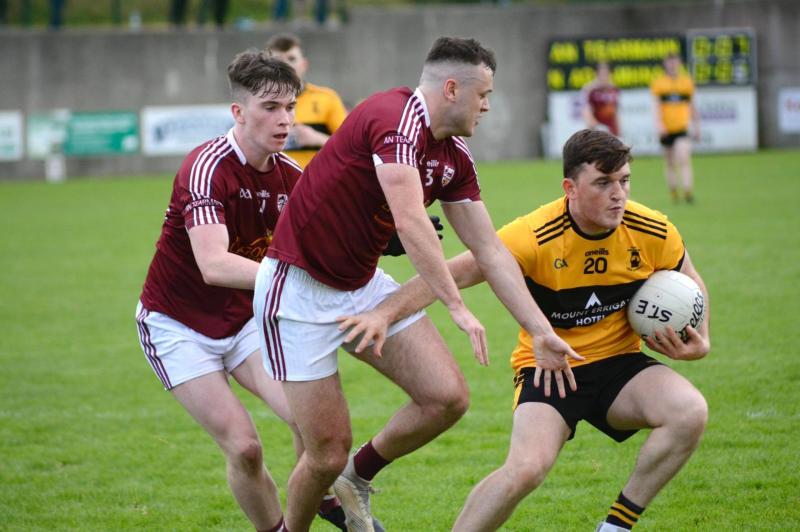 St Eunan's are up and running in the Donegal SFC following this afternoon’s win over Termon at the Burn Road.

This was far from as easy as the final nine-point winning margin might have suggested. Eoin McGeehan and Darragh Mulgrew scored the goals deep into injury time at the end of a tight,  tense contest throughout.

And seconds before McGeehin’s green flag, Daire McDaid, in a crowded goalmouth, smashed the ball off the underside of the crossbar with Shaun Patton beaten. 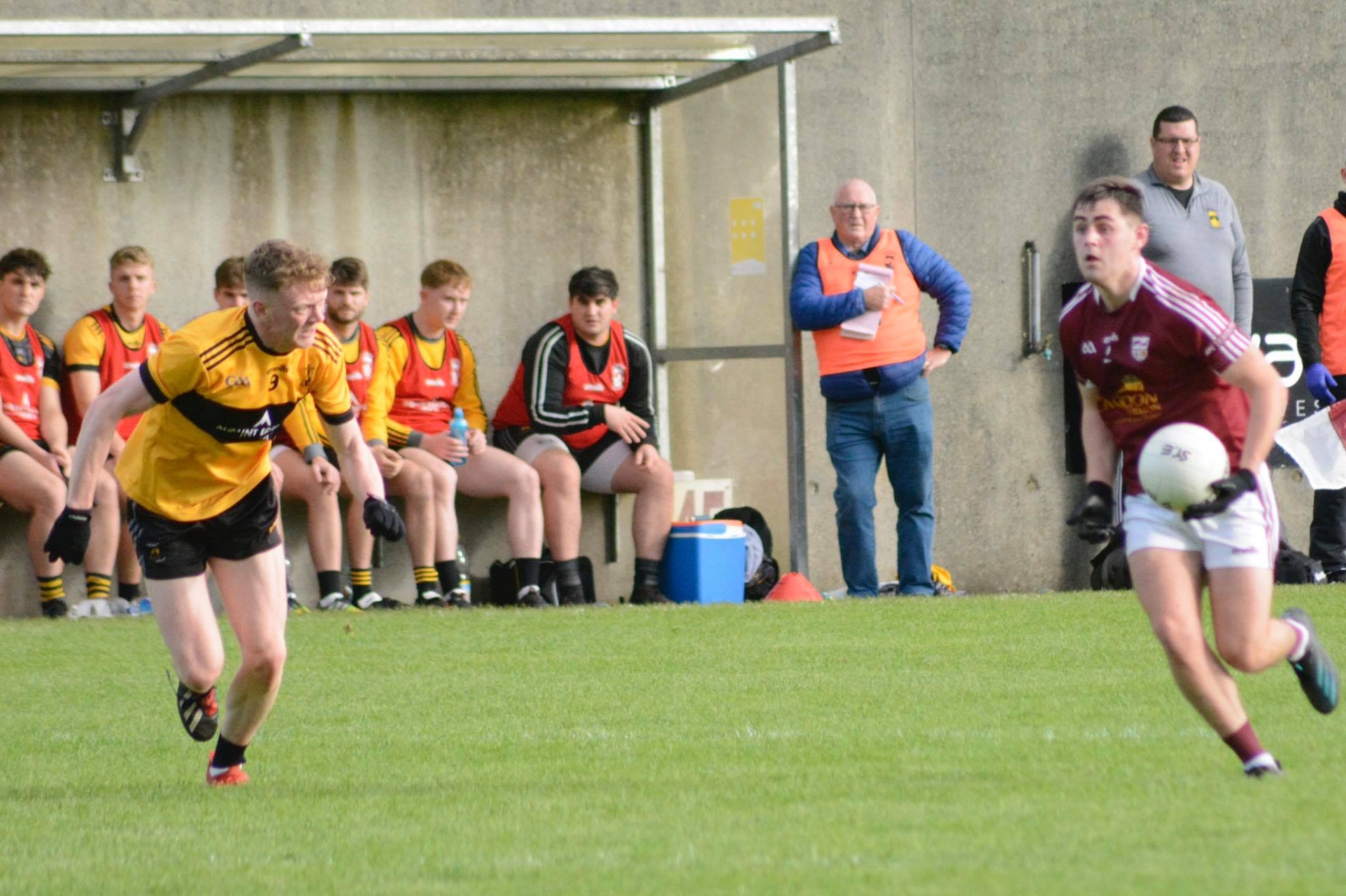 St Eunan’s dominated in the possessions stakes from very early but found a packed and well-marshalled Termon defence almost impossible  to break down. It was 0-5 to 0-5 at the break.

The O’Donnell Park men had to be patient after two quickfire McDaid points in the opening six minutes got the locals off to a bright start.

Conor O’Donnell junior stepped up in the absence of Niall O’Donnell to take over the free-taking duties. And the young corner forward was flawless as he kicked four of his side’s first half points. Goalscorer McGeehin kicked the other.

County man O’Donnell was one of seven players that featured in the 1-14 to 1-12 defeat at the hands of Kilcar that did not start for St Eunan’s.

Termon defended manfully and it was a one-point game at the second water-break. Wind-assisted St Eunan's added three points to Termon’s two in the third quarter. St Eunan's, driven on by Conor O’Donnell senior, did put on a spurt at the start of the final quarter and Eoin McGeehin and Niall O’Donnell introduced just before the second water-break reeled off three quick points to open up a four-point gap. 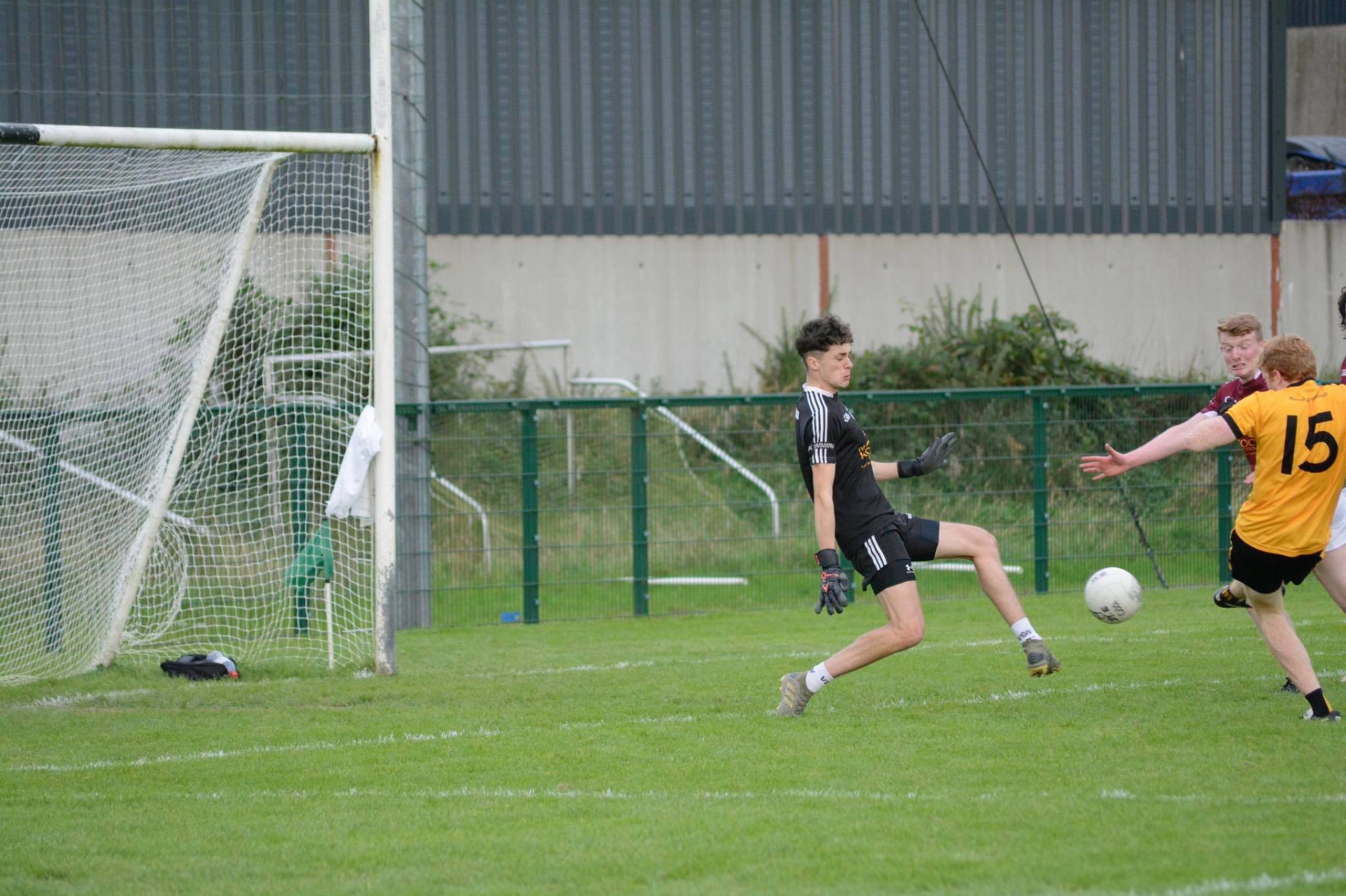 Shane O’Donnell was also sprung from the bench in the second half and with Termon legs getting weary, and did make a big impact.  And the O’Donnell brothers had a hand in both goals that finally sealed the all important win. McGeehin grabbed the first and then Mulgrew, with his first touch, palmed to the net on 66 minutes .