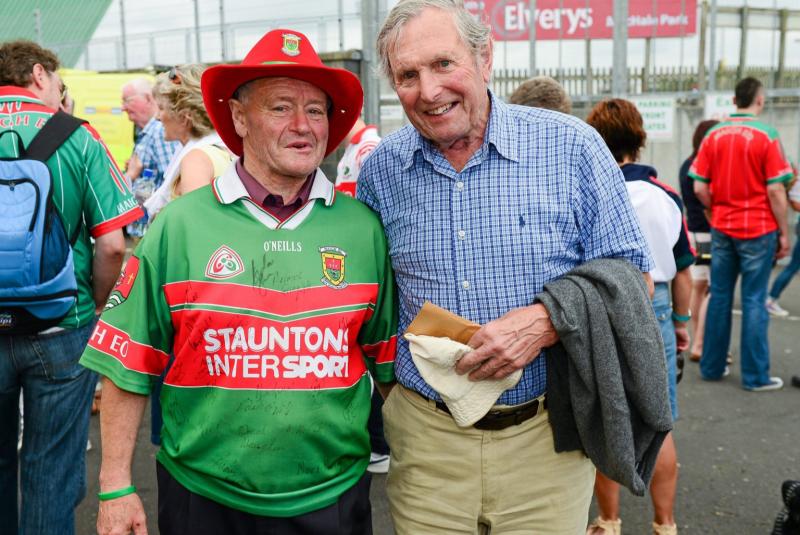 The death of Paddy Prendergast, the Mayo full-back in their most recent All-Ireland successes, was announced this morning, aged 95.

Prendergast was full-back for his native county in their 1950 All-Ireland win and played the year after when they regained the Sam Maguire. He was the last surviving member of that panel and Mayo have lost 11 All-Ireland finals since.

The Ballintubber native and former Garda had spent most of his adult life in Tralee, having been transferred there during the 1960s. Beforehand, Prendergast was stationed in Clogher and played club football for Dungloe, Four Masters and Ardara and lined out for Donegal in the 1946 Ulster SFC loss to Cavan, 5-8 to 0-3.

“I just got a declaration form saying ‘please declare for Mayo’,” said Prendergast in an interview with AIB in 2017. “I had no intention and no desire to declare for Mayo when I was playing for Donegal, who I had been playing with for two or three years.

“I was born in Mayo but I ended up playing for Donegal because I was stationed there as a member of the Políní, the constabulary, and I was playing with Dungloe and jaysus we had some great matches against the likes of Gweedore.

“In actual fact, when we travelled to Gweedore in the championship, on that Sunday the priest who said mass in Gweedore had a football on the altar. I always said afterwards that he blessed three-quarters to them and a quarter to us!

“They were wonderful battles with them. So I was happy as Larry playing with Donegal, it’s a huge county and God knows at times travelling to matches was difficult because cars and roads were bad and so on. But a lovely people.”