Glenswilly come good in the end to stave off MacCumhaill’s 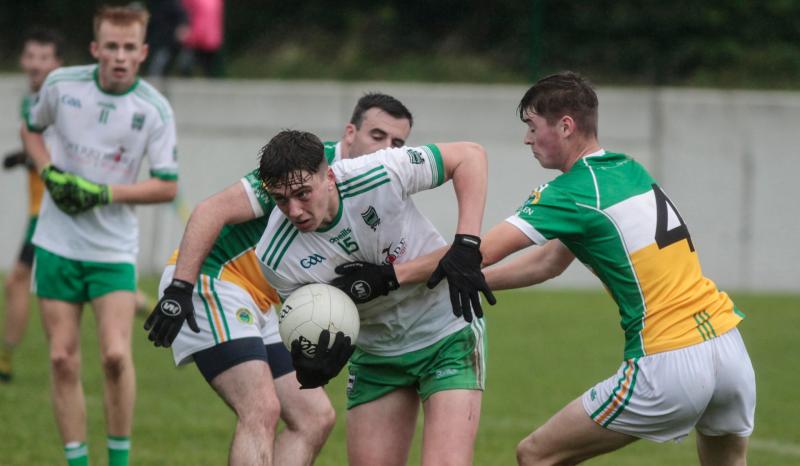 Following a good start where they looked like waltzing it prior to losing their way and looking like they’d lose the match, Glenswilly got there in the end against MacCumhaill’s.

MacCumhaill’s came back to level from seven down with Oisin Gallen scoring seven in all and it was in the melting pot, with Glenswilly having awoken from their slumber belatedly to kick scores from Kealan Dunleavy and Caoimhinn Marley to edge two in front in injury time.

Michael Murphy sent off for a second yellow card in the penultimate play. Gallen, at two points down was told by referee Jimmy White it was the last kick and his effort flew across goal and Glenswily had won. 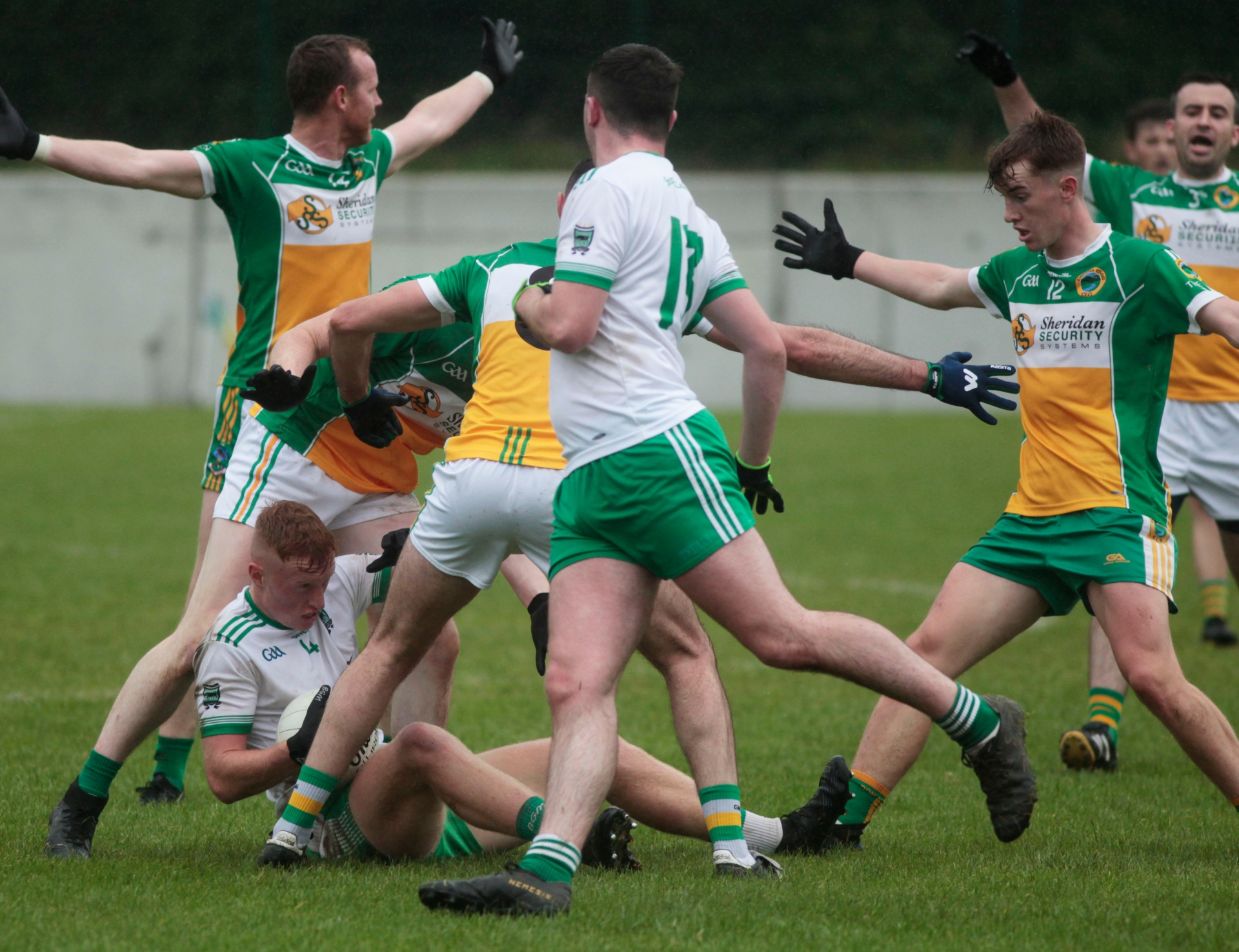 Glenswilly were leading 1-7 to 0-3 at half-time thanks to a goal where Shane McDevitt slammed into an empty net on 25 minutes after MacCumhaill’s goalkeeper Eoin Gallen had come out from goal and failed to pick up as Caoimhinn Marley picked up the healthy leftovers.

Marley had scored two early scores and with Murphy scoring three on the bounce, Glenswilly looked in a good place with McDevitt’s goal putting them 1-5 to 0-3 up.

Gary McFadden and Mark McAteer added to that in the incessant downpour with MacCumhaill’s attacks infrequent and only three points came from Cian Mulligan, Chad McSorley and Oisin Gallen.The visitors were seven down at the break.

However, with the wind, they scored four points in the opening five minutes of the second half, with Joel Bradley Walsh on target and three from Gallen. It was frantic even then as Bradley Walsh’s point came after Philip O’Donnell saved from Gallen and Rory Mulligan had struck an upright and the first of Gallen’s second half haul following an O’Donnell save from Luke Gavigan.

A Gallen free on the 44th minute meant Glenswilly were only 1-7 to 0-9 up at the second half water-break, where it might’ve been more apt to pass around some towels and a hairdryer or two.

After McSorley pointed to increase the tension, Shaun Wogan doubled Glenswilly’s lead on 53 minutes with their first score since the 29th minute only for Gallen to pop over another free and then score an equaliser at 0-11 to MacCumahill’s and 1-8 to Glenswilly. 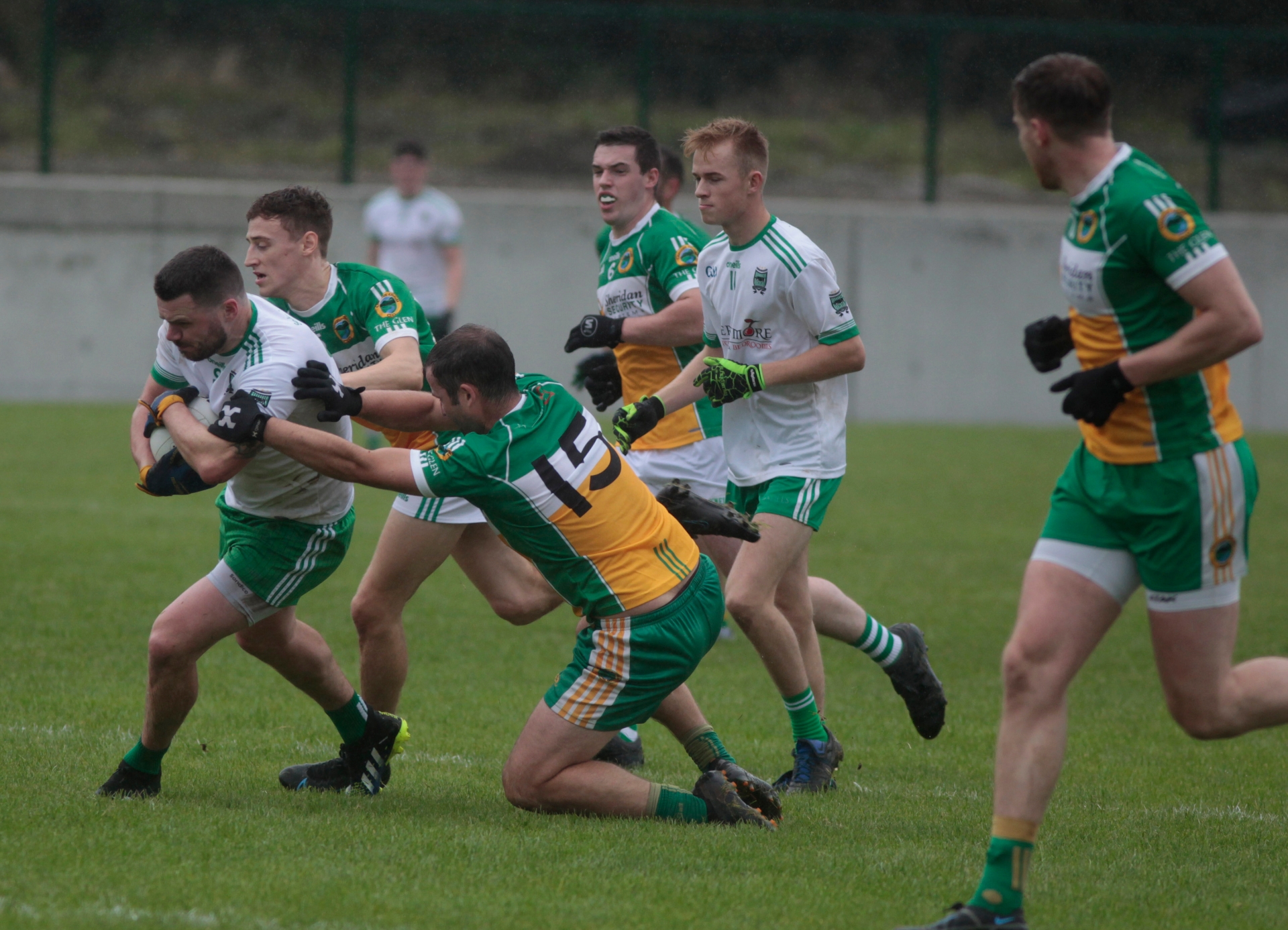 There was a considerable difference of opinion with umpires and lineman being consulted by White, who eventually awarded the score. Three minutes remained.

It was a toss of a coin type of choice by now and with MacCumhaill’s having outscored their hosts 0-8 to 0-1 in the second half the live betting folks might’ve been backing those from the Town Towns.

Dunleavy and Marley though, made sure the points stayed just where they were and Glenswilly, after an indifferent season, are two from two and not far off only a second semi-final appearance since they last won the Dr Maguire in 2016.