Naomh Padraig and Carndonagh share the spoils in JFC 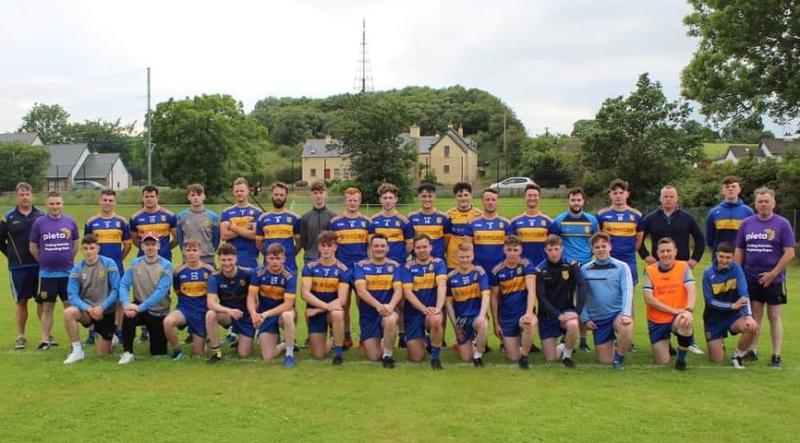 Naomh Padraig drew with Carndonagh in the JFC

Two Inishowen rivals in the form of Naomh Padraig Uisce Chaoin and Carndonagh fought a closely contested and low scoring draw in Ture in the Donegal JFC.

The first half saw the home side dominate in both attack and defence turning over the visitors five times and forcing three wides.

Carn’s two points in the first half came from a free and a 45 with Christy McDaid on the mark. Naomh Padraig went in up by two points at half time 0-4 to 0-2.

A rejuvenated Carn emerged after the break, scoring four points without reply before Jonathon Toye scored from a free. Fergal Doherty, Carn’s playmaker all afternoon, stretched their lead to two points with five minutes to play, but Naomh Padraig substitute Ronan Hoy, and then wing back Dylan McCallion drew Naomh Padraig level with three minutes to go.

A long range free from Conor O’Donnell, drew the away team ahead with less than a minute to play, however, the score of the game came from Naomh Padraig’s Jonny Toye in the last minute.

Taking a free from the right hand sideline just outside the 20-metre line, he glided the ball over the black spot to even the game.