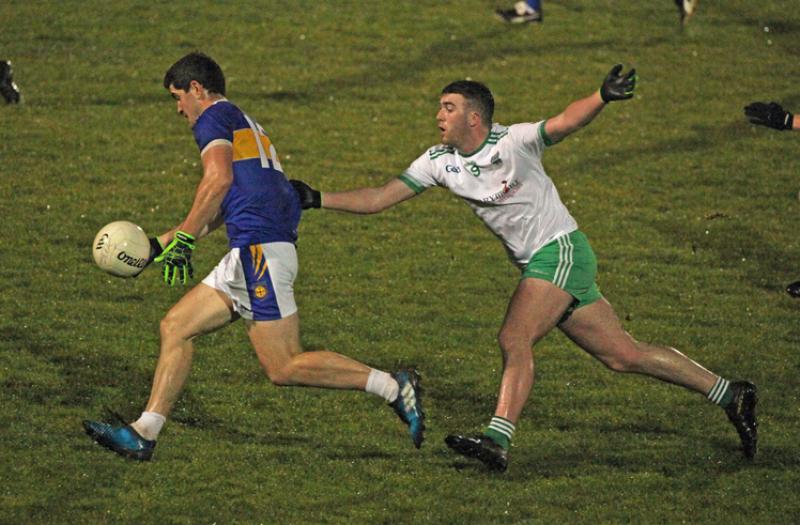 In a very one-sided affair Kilcar eased into the Michael Murphy Sports senior championship semi-final with a big win over a lacklustre MacCumhaill's.

With 1-16 from play, Kilcar were never out of second gear in this game. MacCumhaill's just didn't turn up.

Kilcar had the advantage of the strong wind and rain and were full value for their 13 point half-time lead against a MacCumhaill's side that started without Marty O'Reilly.

Kilcar dominated from the first whistle with Eoin McHugh, who was marking Oisin Gallen, getting forward for the opening point on two minutes.

McHugh had an eventful first half as he would add a second point after the water break and just before the half-time whistle, he picked up a black card for stopping Gallen off the ball.

By the first half water break Stephen McBrearty (2), Ciaran McGinley and Mark McHugh (free) had Kilcar 0-5 to no score ahead.

Kilcar were almost in for a goal with a ball across the goal and Mark Sweeney just failed to connect. Padhraic Patton had the sole point for MacCumhaill's on 23 minutes before Kilcar really put the game to bed in the final seven minutes.

Points from Patrick McBrearty, Ryan McHugh and Mark Sweeney were followed by the opening goal on 26 minutes. Ryan McHugh won a poor kick-out and he found Patrick McBrearty who knocked the ball on first time for Ciaran McGinley to palm it over the advancing Eoin Gallen.

Conor Doherty and Ryan McHugh added further points while Ryan McShane was almost in for a second goal on the stroke of half-time.

The third quarter yielded just two points and they were for Kilcar against the elements. Conor Doherty almost had a goal on 31 minutes as Eoin Gallen deflected his point blank effort over the crossbar while Patrick McBrearty landed the other point on 37 minutes.

In what became a very tame affair Oisin Gallen had MacCumhaill's second point from a free, while Conor Doherty replied for the winners.

Gary Wilson picked up a black card as Stephen McBrearty and Ryan McHugh closed out the scoring on a very one-sided affair.