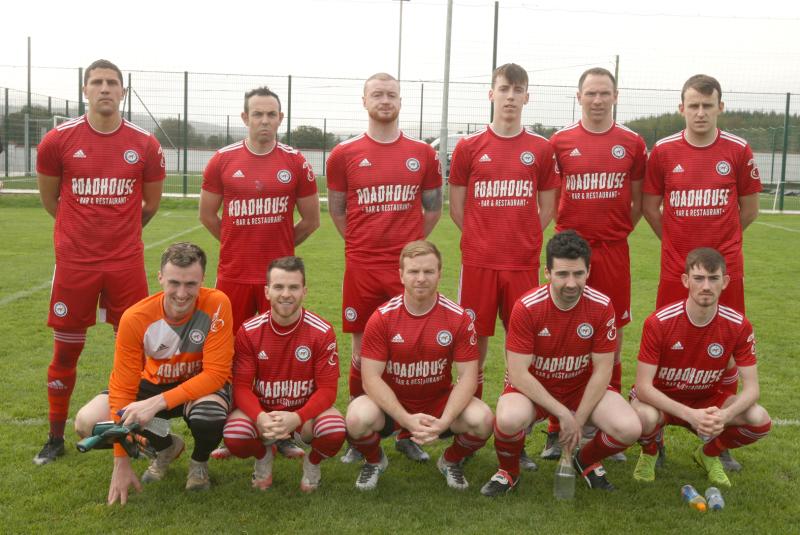 Paddy McNulty believes the race for the 2021/22 Donegal League Premier Division title could be the toughest yet.

Cappry, the League holders, have drawn each of their opening three League fixtures.

A fine start to the Brian McCormick Cup means they’ve yet to taste a defeat - and a few big additions mean Cappry expect to be firmly in the hunt again.

Donegal GAA ace Oisin Gallen is among the recruits with Gary Wilson and Luke McGlynn appearing as subs during Sunday’s 0-0 draw against Kilmacrennan Celtic.

“We have as strong a squad as we’ve ever had. We just need to start scoring a few goals and that’ll kick start us.

“We have a serious squad, we’ll start building again and we’ll get stronger. We have to keep positives now and keep working.”

On Sunday, it was a game of two halves in a stalemate with Kilmac’.

By the final shrill of Marty McGarrigle’s whistle, Cappry were grateful to their goalkeeper, Benny Gallen. Three superb saves in the closing stages kept the sheet clean - and prevented Kilmacrennan from moving seven points clear.

McNulty said: “You can’t panic in this League after three games. There are 15 games to go. This is the hardest League there has been. There are so many teams who can beat the others. It’s a very hard League to win. I haven’t seen a League as tough.

“We’re playing well, but we just aren’t being as clinical as we should be.

“The first half was our best of the year to date. We played some lovely football and created chances.

“The second half was a different story. Only for Benny, they could have had three or four goals in the last 15 minutes. They were top class saves.”