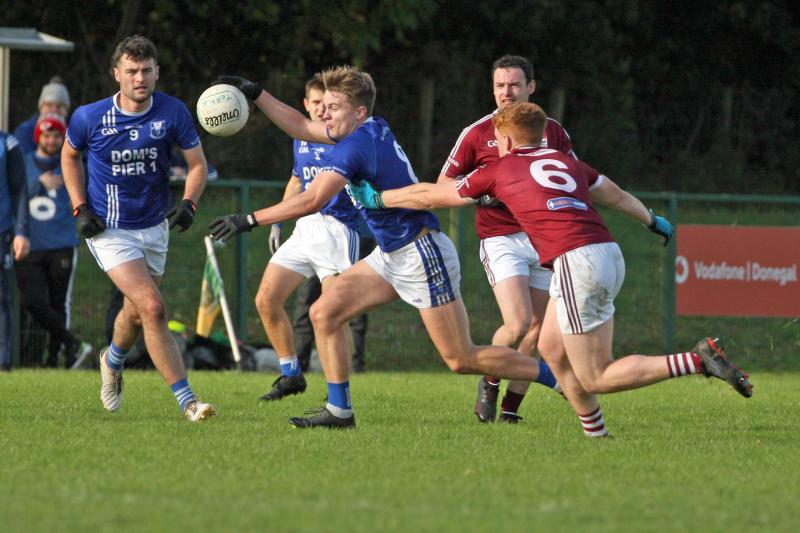 Kevin Sinclair believes Four Masters are ‘on the way back’.

The Tir Chonaill Park men defied the odds and the form book in Convoy for a dramatic 0-8 to 0-7 relegation play-off victory.

“Hanging in the senior championship with a team of young lads and with the turnover of players we’ve had is a fabulous statement for the lads to make,” Sinclair told Donegal Live.

“We aren’t done yet. We’re on the way back. I said that after we won the minors. Oh ye of little faith!”

Sinclair and his brother John took charge of the Four Masters seniors in August following the departure of Pat Campbell.

The Sinclairs were already in charge of the senior reserve, minor and under-13 teams at the club.

The minors won the 2019 Minor League and this year added the 2020 Minor Championship - the club’s first since 2007 - to the sideboard.

“It means everything,” Sinclair said.

“Our boys out in the same effort as everyone else. It hurts when they’re talked about in such bad terms all over the county.

“When you see the likes of Martin Cassidy, Barry Dunnion and Dylan Kennedy hanging on to give their experience to bring through the next batch says a lot.”

Cassidy and Dunnion were in the squad in 2003 when Four Masters were last senior champions.

Sunday’s win over Termon was their first championship win of the year and sees them safe in the senior ranks for 2022.

It had been a worrying campaign for the Donegal Town outfit until Sunday afternoon, as told by the sheer relief and ecstasy of their supporters at Pairc Naomh Muire when Robbie O’Donnell shrilled the final whistle.

Four Masters had been even in danger of dropping to Division 4 in the League. Relegation was scrapped, however, and Sinclair has praised his young charges’ resolve.

He said: “Games have been gone from us too early. We tried to play too much football in the early rounds. We had four games of learning and we put it all together for the Termon game.

“We kept it nice and tight. That wouldn’t be my way of playing normally. The boys grew into it. It fell the right way for us and we’re delighted with the performance.

“We have been hanging on in there. We’re a town that provides a lot of sport for young lads in a lot of codes. I be in those clubs as well so I wouldn’t knock it. Important? Who knows, we’ll where it’ll bring us.

“What has impressed me about these young lads is their appetite to work and appetite to learn. That showed in the last ten minutes whet it meant. They have been fabulous since I came in the door. It’s about keeping it going the right way now. The group we have is a fabulous group of wee lads.”