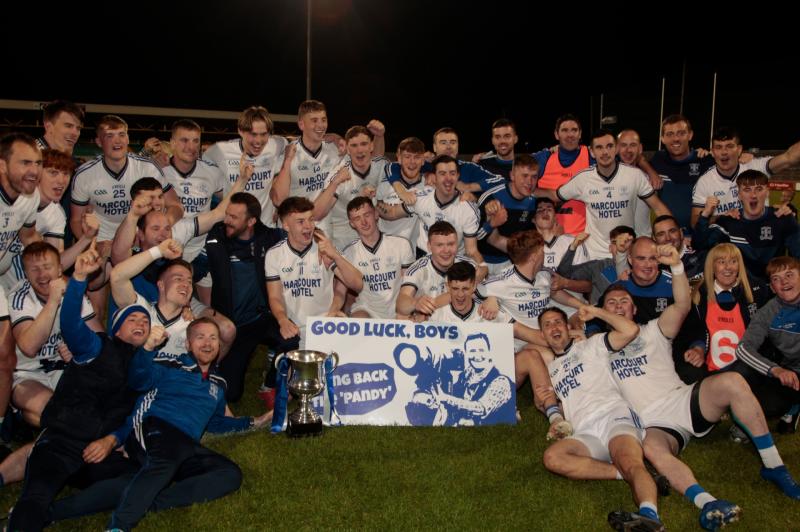 Not for the first time in the last 20 years, we have hot favourites going into the final of the Michael Murphy Sports & Leisure senior championship decider in MacCumhaill Park on Sunday next (3.15 pm throw-in).

The Ballybofey venue was passed fit to stage the showpiece of the year by referee Enda McFeely on Sunday last and hopefully the weather will hold up for the next five days to ensure we have conditions right for the senior championship finale.

Naomh Conaill, by virtue of their run to the final, defeating Gaoth Dobhair and Kilcar, have earned the right to be favourites. They meet a St Eunan's team that have put a few good periods of play together, but overall have not caught fire.

The men from Davy Brennan Park, Glenties have been performing on an upward curve ever since they drew with Aodh Ruadh (and were lucky to escape with a draw) in round two of the group stages in Munday's Field, Ballyshannon.

They had scraped past Glenfin in the opening round, but whether it was by accident or design, the game in Ballyshannon was the catalyst for them to get their ship steering a straight path which sees them in MacCumhaill Park for the decider.

They hammered Termon in round three and went to Glenswilly without the Thompsons but still qualified easily.

And once in the knock-out stages they have looked the part with impressive victories over Gaoth Dobhair and Kilcar.

On the other hand St Eunan's threw away a handsome lead against Kilcar in the opening game and then had to grind out a result away to Termon. Probably their best performance came in their third game at home to Aodh Ruadh while they had just about enough to overcome Bundoran in Gaelic Park in the final group game.

But what has worried St Eunan's supporters has been their form in the knock-out stages. Patchy would be a good description. They made hard work of despatching 14-man St Naul's in the quarter-final and were again helped by St Michael's, who had Liam Paul Ferry missing for half the match.

Where does that leave the Letterkenny men, who were tipped by many to make the breakthrough this year? Their hurlers showed the way on Saturday against Setanta and now they chase the double - a first for the club since 1972, with Aodh Ruadh having managed the feat back in 1929.

In some ways St Eunan’s are in a good position, having reached the final without really showing their best.

Aodh Ruadh met both the finalists in the group stage and half-back Johnny Gethins is well placed to assess them.

He feels that Naomh Conaill might have the edge on experience but is looking forward to an exciting game of football.

"I feel that the two most consistent teams have definitely come out on top to make the final.

"St Eunan's have a team oozing with talent with a number of great young additions in Eoin Dowling and Kieran Tobin making the breakthrough to their ranks this year.

"They also have plenty of experience in Caolan Ward, the O'Donnells and Shaun Patton, and they will give the current county champions some serious problems," says Gethins.

However, the Aodh Ruadh man is at pains to point out the depth of talent that Naomh Conaill have.

"They have the experience both on and off the field of being in these sort of games over the last number of years.

"They are clinical all over the field with a lot more than the two or three finishers up and St Eunan's will have to very tight at the back if they are to be in this contest.

"Naomh Conaill have runners like Odhrán Doherty and Ethan O'Donnell will be a massive threat along with the in-form Charles McGuinness, not to mention county star Ciaran Thompson.

"Glenties will be made work for it for the majority of the game, but they like hard work and they will be difficult to stop."

Nearly everybody agrees St Eunan's will have to bring the 'A' game to MacCumhaill Park on Sunday if they are to match Naomh Conaill. The Glenties men always show up on final day, but that does mean that they are unbeatable.

St. Eunan's will think of the semi-final last year and the late, late Leo McLoone goal, which rescued Naomh Conaill.

If the Letterkenny men are to succeed, then they will need to be out of the traps quickly and build a lead. If it is close and becomes a dogfight, then Naomh Conaill will be hard to stop.