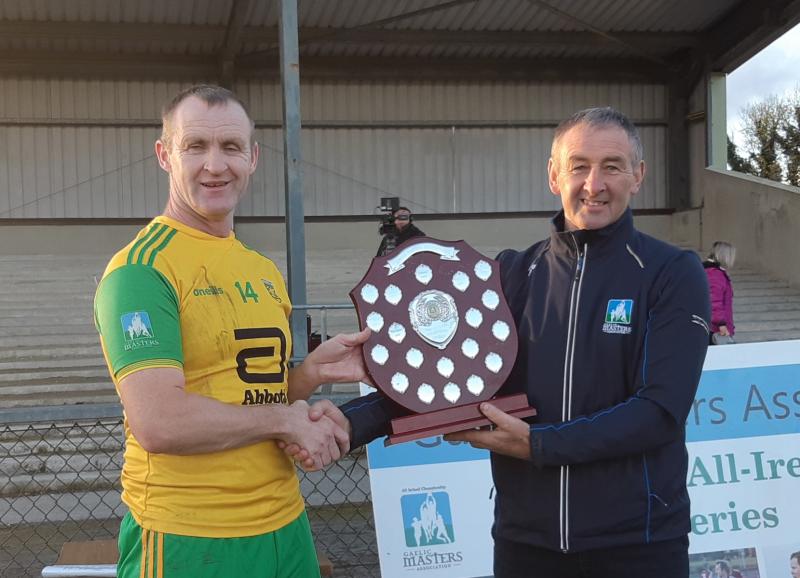 The Democrat Sport Diaries is put together by our sportswriters Peter Campbell, Chris McNulty and Alan Foley, where they will be discussing the week’s talking points ...

Masterful Donegal
Congratulations to the Donegal Masters team and their management on winning another All-Ireland title on Saturday, overcoming Westmeath on a lovely evening for football at the well-appointed Templeport GAA club grounds in Bawnboy, Co Cavan.

The programme for the final listed 54 Donegal players and close on 40 of them were at the Cavan venue, such is the interest shown in the competition.

Donegal had just four of the starting team which won the overall All-Ireland title in 2019. After losing to Tyrone in the group stages, they competed in the Shield this year, defeating Kildare in the semi-final and they were too good for Westmeath in the final. The ageless Charlie Doherty from Naomh Muire was one of the four survivors while captain Peter Devlin (Urris), John Haran (St Eunan's) and Charlie Bonner (Glenswilly) were the others.

There were a number of others from the 2019 team who came on as substitutes on Saturday including Brian McLaughlin (St Michael's), Diarmaid Slevin (Aodh Ruadh), John McFadden (Glenswilly), Kerry Ryan (Aodh Ruadh).

It was a busy weekend for a number of the panel with Bundoran pair Niall Dunne and Tommy Hourihane lining out for their club in the relegation battle with Glenfin the following day (Hourihane was top scorer with 0-3 for the Seasiders, even though he was on for just over 20 minutes in Fintra, while Dunne started at full-forward).

Gerard McBrearty (Four Masters but formerly Kilcar) was in scoring form at corner-forward for the Masters and was back playing with Letterbarrow Celtic on Sunday.

There were a big number of newcomers enrolled this year and at one stage there was the possibility of fielding two teams - and that might be an option for 2022.

Masters football is very enjoyable for the participants and there is always a relaxed feeling. On Saturday manager Liam Breen was selling me his last two tickets in the Masters fund-raising draw just minutes before the throw-in! PC 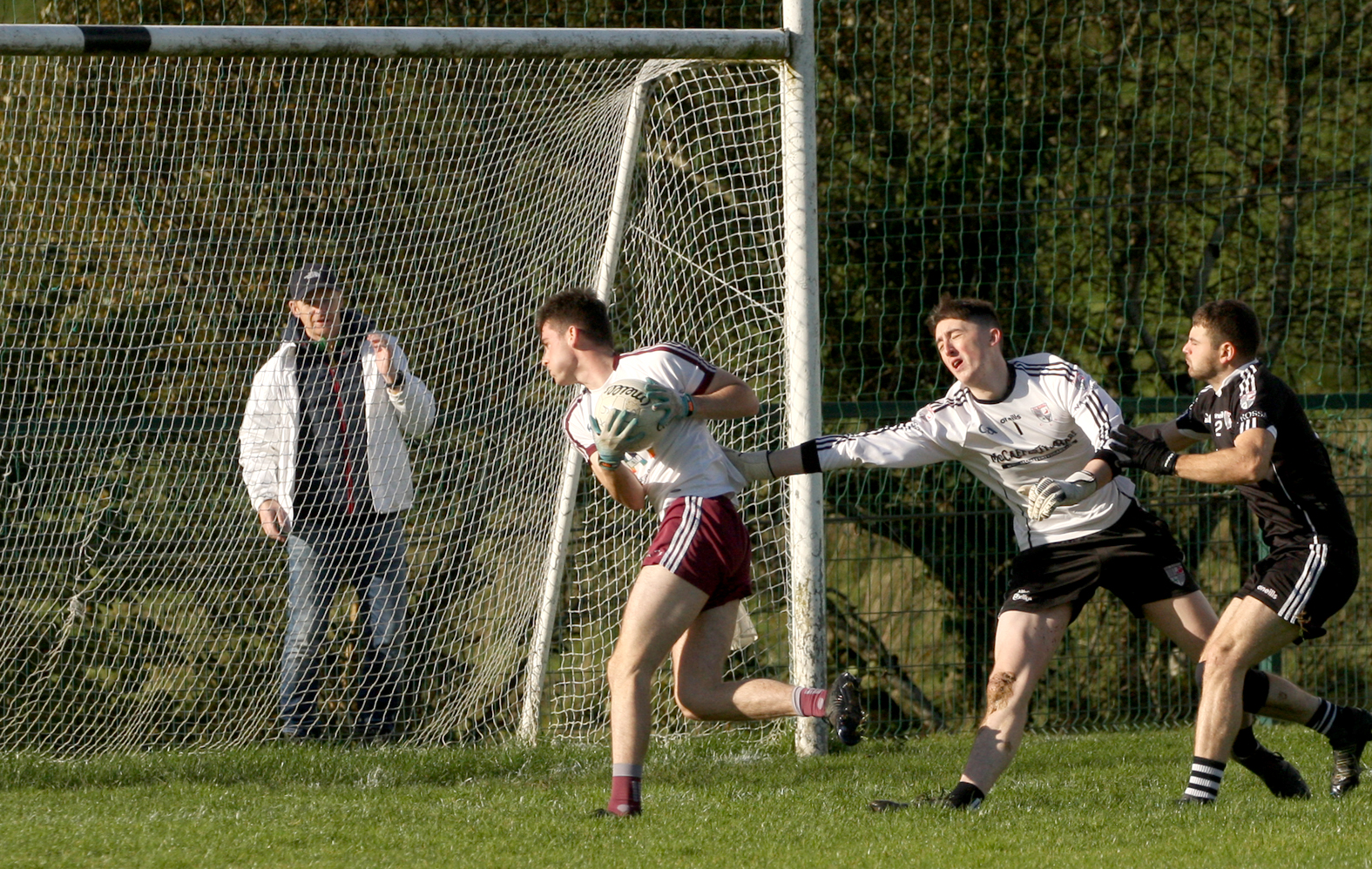 Media blackout
There is always one! Getting to a county final and you decide to do a media blackout.

Letterkenny Gaels qualified for the Donegal junior championship final last weekend, overcoming Na Rossa on Saturday at Glenswilly. You would think that they would have been over the moon to be back in the decider; and they probably were.

But then someone decides that "we will put the head down and not talk to the media after the game."
What are they afraid of? Why deprive amateur players of speaking about the semi-final and look forward to the final? It could be the biggest day in their sporting life.

You just wonder who makes these decisions. I'm told that some players actually made contact with members of the press after Saturday to apologise for not speaking and explaining that they were following orders.

Of all the clubs in the county, you would not have expected this from Letterkenny Gaels. They are always media friendly and have one of the best club PROs around in Mark McFadden.

Clubs get plenty of mileage from the media throughout the year with a lot of personnel involved in covering games at all levels, fund-raising events, sponsorship photos, etc. It is disappointing that a club would then engage in this sort of blackout behaviour when they get to a final. PC 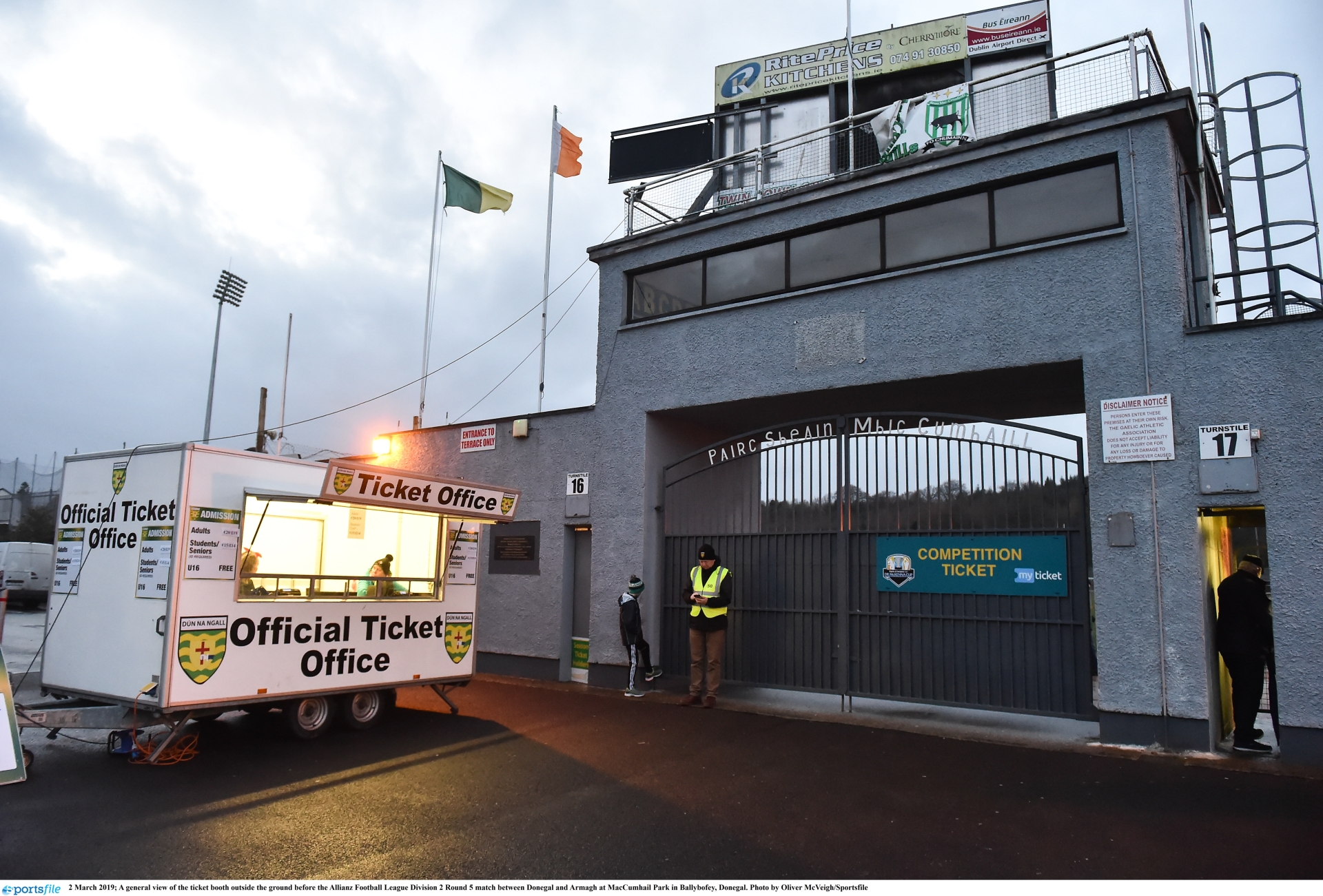 Hefty admission
God help those supporters of Termon and Bundoran who will pay €12 euro on Saturday for the third week in-a-row to see who will stay in the senior championship and who will play intermediate next year.

The drawn-out nature of the relegation issue may look good for neutrals but spare a thought for the hardcore supporters who will have forked out €36 and still see their team drop down to intermediate.

The price tag attached to these one-off games is surely a bit severe. Then you have the scenario that if you turn up without a pre-paid ticket, you are not allowed admission (allegedly).

That is supposed to be the way, but I haven't heard of anyone being actually turned away from a ground. In his column this week, Brian McEniff, said that was his situation on Sunday last in Fintra. He didn't have a ticket; he offered money, but they couldn't take it, so he was allowed in free. The attendance at Fintra was pretty small. The pre-booking and the hefty admission price are two good reasons for that. PC 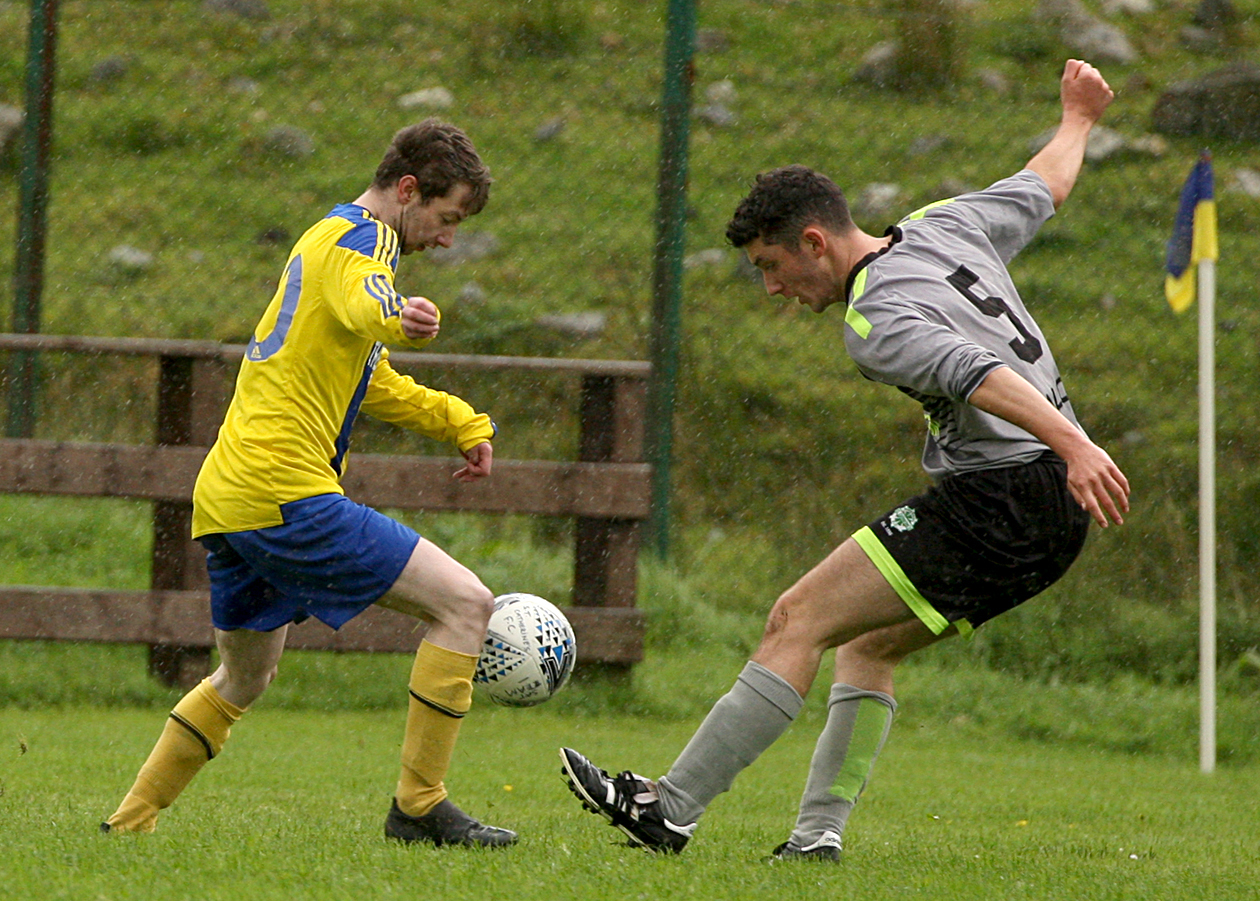 For the record
The Donegal Junior League is celebrating its 50th anniversary this year. You can go through the archives of this newspaper to the early days and it’s amazing the difference from then to now. Every game from each of the divisions is recorded in detail and it makes for a wonderful historical record.

It’s possible to go back and check on the goalscorers from the first weeks, months and years of organised soccer in the county. How times have changed.

‘No match report submitted’ is an all-too-familiar line now. Every bit as frustrating is to read about a goal by ‘number 10’. Given the technology that club administrators have at hand, it’s unforgivable.It really shouldn’t be an ordeal to obtain the names of opposition players.

This practice is harming both the quality and quantity of the coverage afforded to the League. Apart from anything else, it’s unfair to the players. CMcN 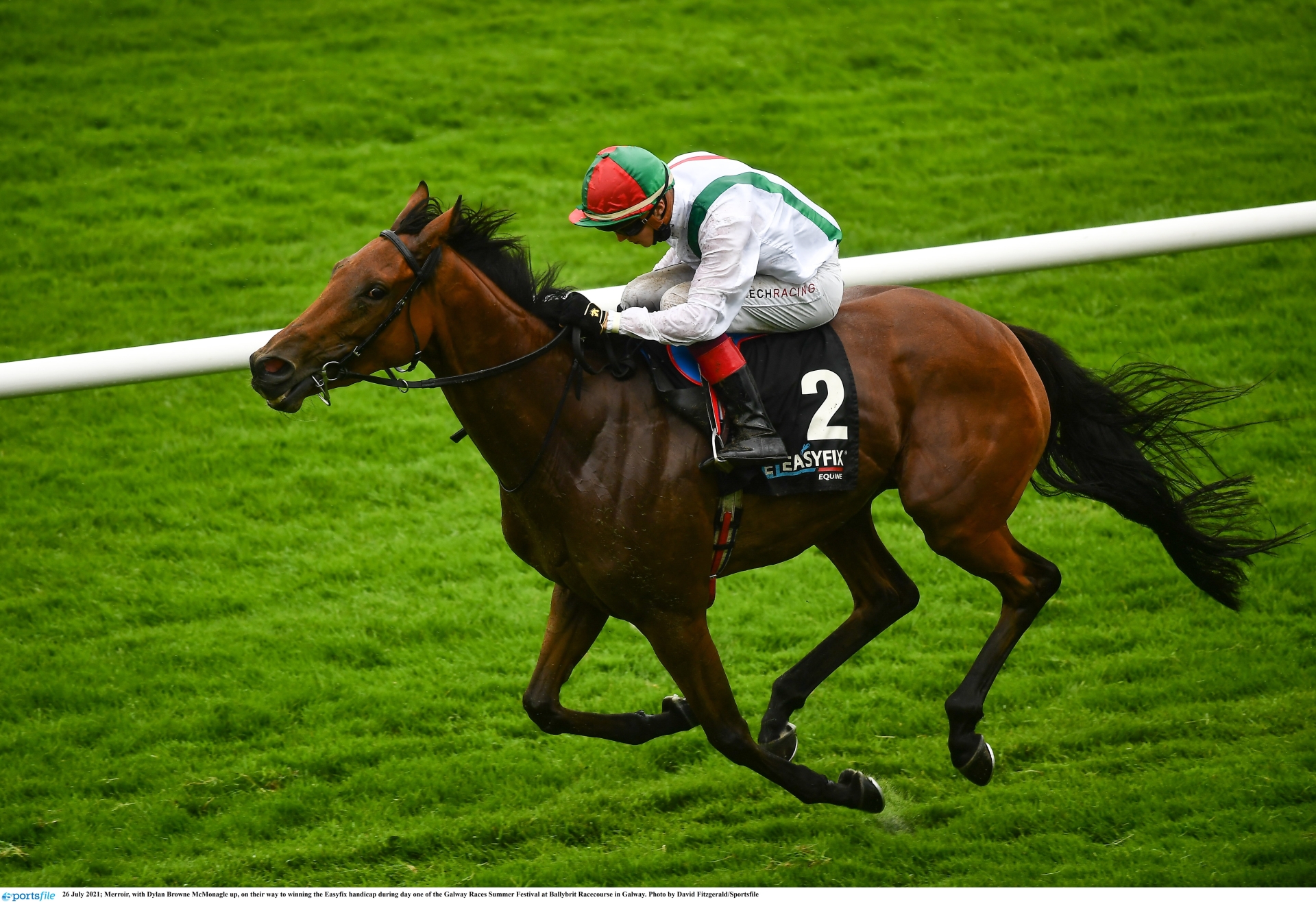 Dylan Browne-McMonagle is one of Donegal’s brightest sports stars at the moment. The 19-year-old Letterkenny man was crowned the Champion Apprentice at Naas on Sunday having had 48 winners on the Irish Flat this year.

Browne-McMonagle spent some time with legendary jockey AP McCoy as a young teenager and regularly rides for top trainer Joseph O’Brien. A former Irish schoolboy boxing champion, Browne-McMonagle is well cut to deal with the relentless, unforgiving sport he has chosen.

In a media dominated by other sports, men like Browne-McMonagle deserve to be in the limelight more. CMcN 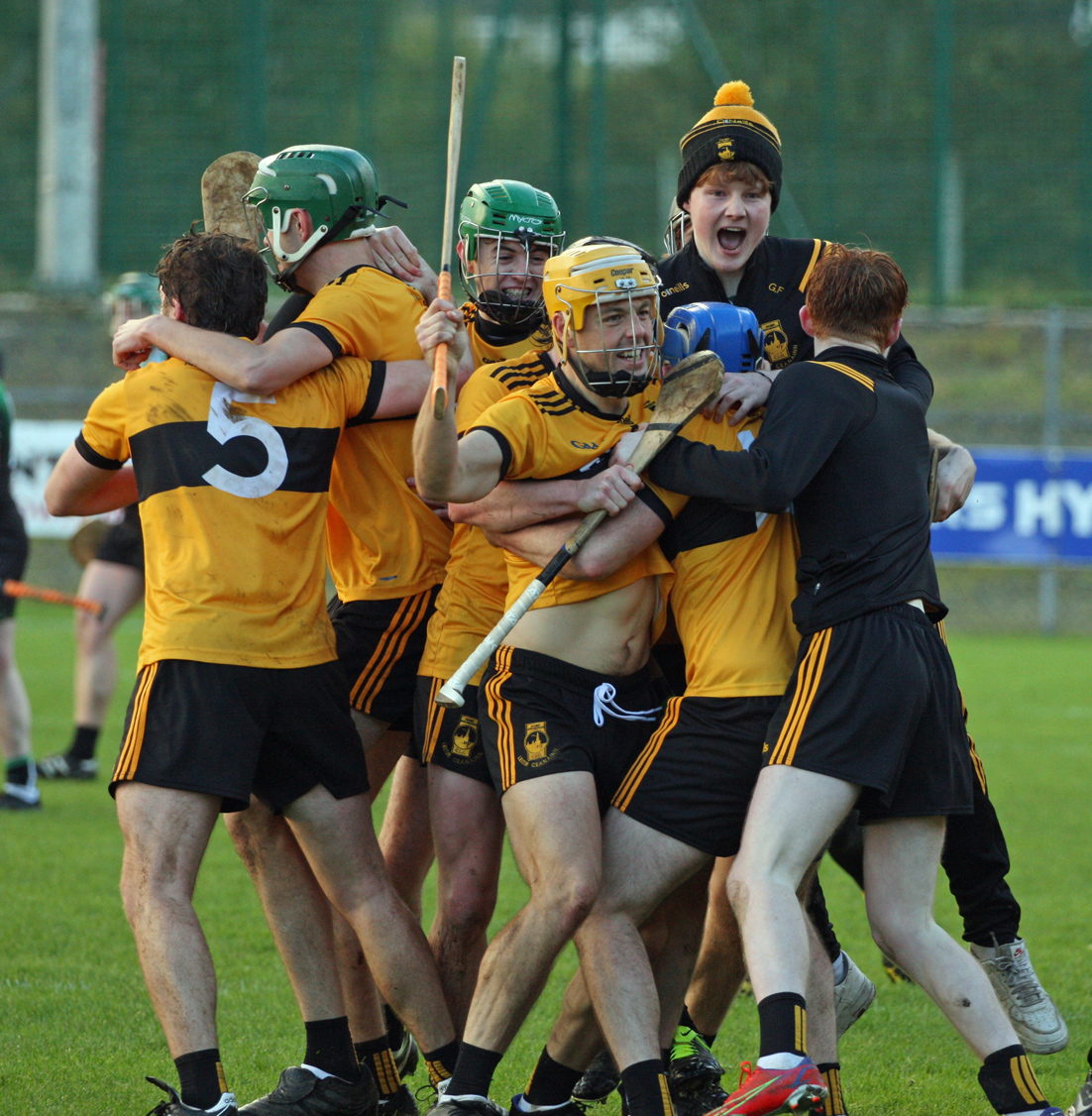 If this weekend’s football finals possesses anything near the drama of last Saturday’s hurling deciders then they’ll certainly be worth a watch.

Dungloe’s journey since their foundation in 2008 at an U-8 indoor five-a-side to winning an adult county championship has been mesmeric.

A decade beforehand, nearby Gaoth Dobhair, despite being a scattered rural outpost, was a hotbed of employment, with a fistful of locals and plenty from further afield working at the likes of Euro Coach Builders, for textile and engineering firms and for Largo Foods, better known locally as the ‘crisp factory’. At its peak, more than 20 companies employed up to 1,500 people under the shadow of Errigal.

The Gaoth Dobhair hurling club, although popular for a spell, didn’t last in a football heartland as the industrial estate began to quieten with businesses either heading east or pulling down the shutters for the last time. But Dungloe showed the sport can exist in west Donegal.

Likewise, St Eunan’s, who defeated a Setanta side that were hotly-tipped, put Letterkenny back on the hurling map with a first senior crown in 49 years. The scenes just before and after the final whistle at O’Donnell Park were of sheer delirium. Both successes show just what can be achieved with a bit of dream and a lot of endeavour. AF