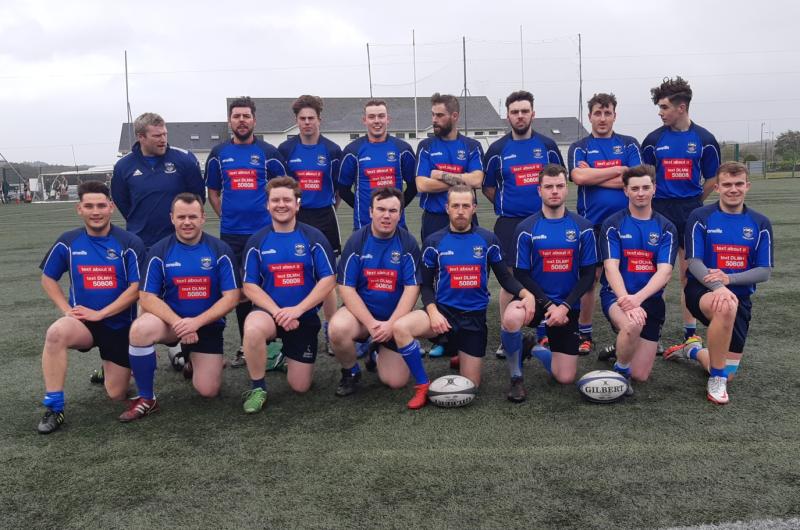 Despite having an eight point lead at half-time Ballyshannon RFC were unable to stop the powerful Clogher Valley in the second half at windswept Lakeside in Ballyshannon.

The final scoreline flattered the winners as they got two tries in the final five minutes. Ballyshannon had their backs to the wall as the galeforce wind-assisted Clogher Valley finally got the hang of the kicking game.
Ballyshannon were up against a very powerful Clogher Valley pack, which was the difference betweeen the sides in the end.
They probably needed to be more than eight points ahead at the break. They had a penalty chance which was just wide on four minutes before the lightning pace of Conall Bradshaw got them their only try on eight minutes. Bradshaw outstripped the Clogher Valley defence on the outside and got in under the posts making the conversion easy for James Cleary.
But the visitors got what proved to be a decisive score on 12 minutes when they drove a maul for some distance and prop forward Alex Turner got over the Ballyshannon line. The conversion was missed into the strong wind but it was a vital five points.
Ballyshannon's other first half points came from two penalties on 31 and 34 minutes from James Cleary.
Half-time: Ballyshannon RFC 13, Clogher Valley 5.
The home side defended manfully for the third quarter and had probably the best chance after a great break from wing forward Damien Cleary but he lacked support at the vital moment.
The breakthrough for Clogher Valley came on 60 minutes when Barry-Jon Wilson got over in the corner after some sustained pressure and they got their noses in front ten minutes later when Ronan McAleer came up with the ball after a push-over try to take the lead for the first time, 15-13.
The two late tries were the icing on the cake for the winners with Matthew Boyd getting over in the corner and Zak Kyle hit a magnificent conversion from close the sideline. Kyle then got the touchdown in the final play after the Ballyshannon defence failed to deal with a kick through.