The Democrat Sport Diaries is put together by our sportswriters Peter Campbell and Alan Foley, where they will be discussing the week’s talking points ... 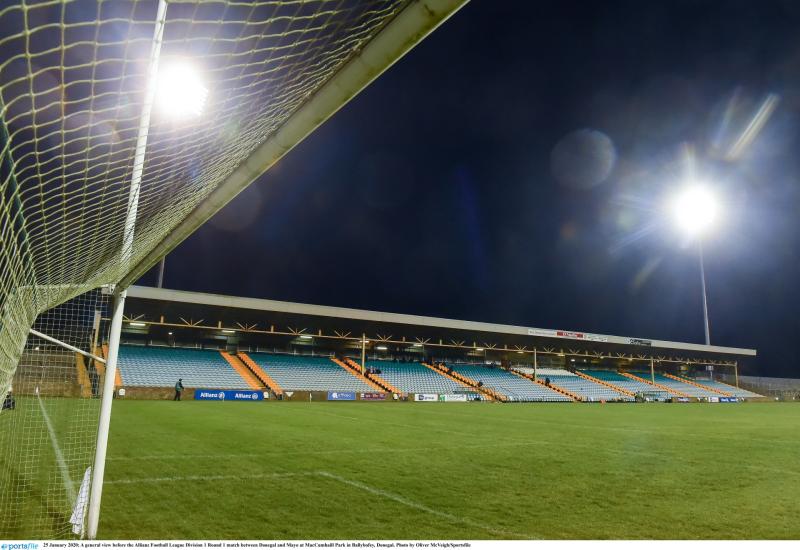 I see that the MacCumhaill Park pitch is being left free of games after the recent county final. It is obvious that work needs to be done on the surface, but there is also a huge dilemma for the club and Donegal GAA in that regard.

When major works were done in the past, MacCumhaill's would have had maybe only half the teams that they cater for now in men's, ladies and underage in football and hurling. Will the County Board be looking for funding for a major job or are they putting most of their eggs in the Donegal Training Centre completion first? It is a major issue.

With Fr Tierney Park, Ballyshannon, out of action as a venue for National League games in 2022 due to renovations, and with Donegal likely to get four home games, the Ballybofey venue is important for revenue purposes.

Some work will have to be carried out before now and the end of January but after the NFL how long can a major job be put off? Will MacCumhaill's need to use the Training Centre facilities in Convoy for a year?

There obviously needs to be a major conversation between the two parties - MacCumhaill's GAA and Donegal County Board. PC 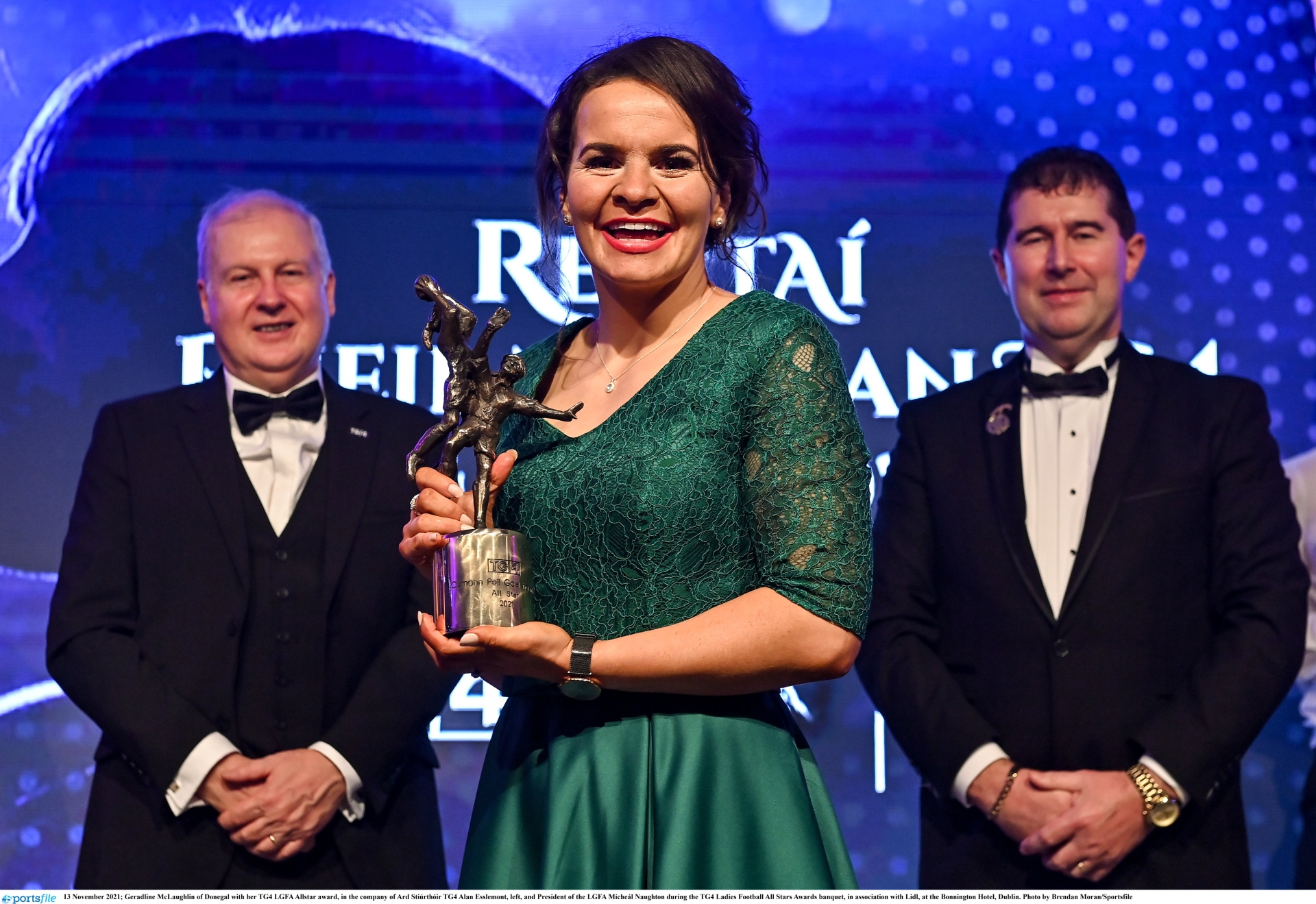 Geraldine - at last
Imagine if every forward had to average 9.9 points per game over a season before they are awarded an All-Star!

There would be a lot less gongs handed out. On Saturday night last in Dublin, an injustice was put right when Termon's Geraldine McLaughlin was finally awarded an All-Star.

How she didn't win one, especially in 2014, when she almost single-handedly powered Termon to an All-Ireland club title remains a mystery. Congratulations Geraldine. So well deserved. PC 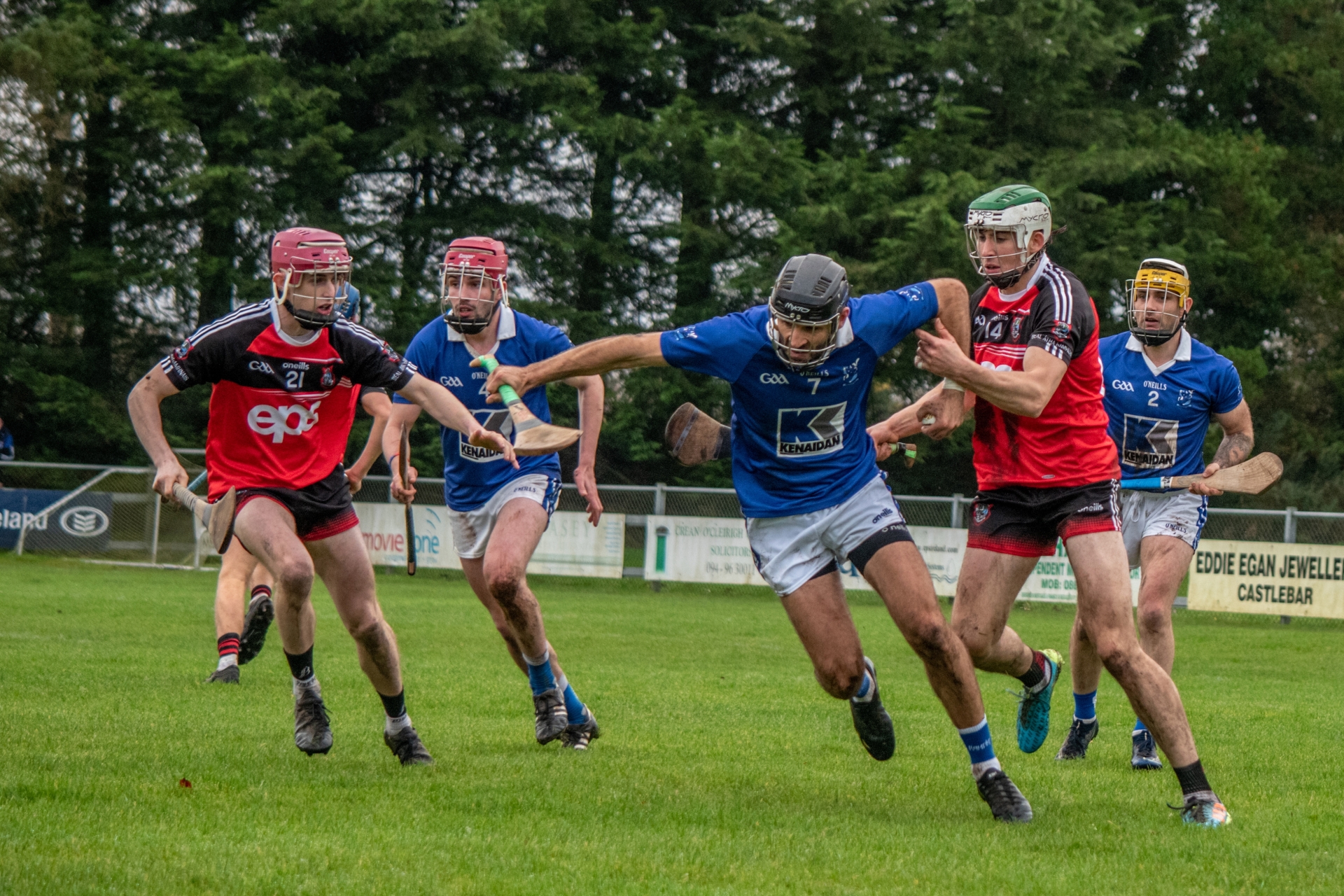 Outside success
Congratulations to Burt's Joe Boyle who added a Mayo senior hurling championship medal to his collection with Burt in Donegal. He was a half-back on the famous Tooreen team who defeated Ballyhaunis in the Mayo final on Saturday last.
Also commiserations to Ballyshannon's Seamus Kane, who missed out narrowly on an All-Ireland Masters medal with Roscommon the previous weekend. PC 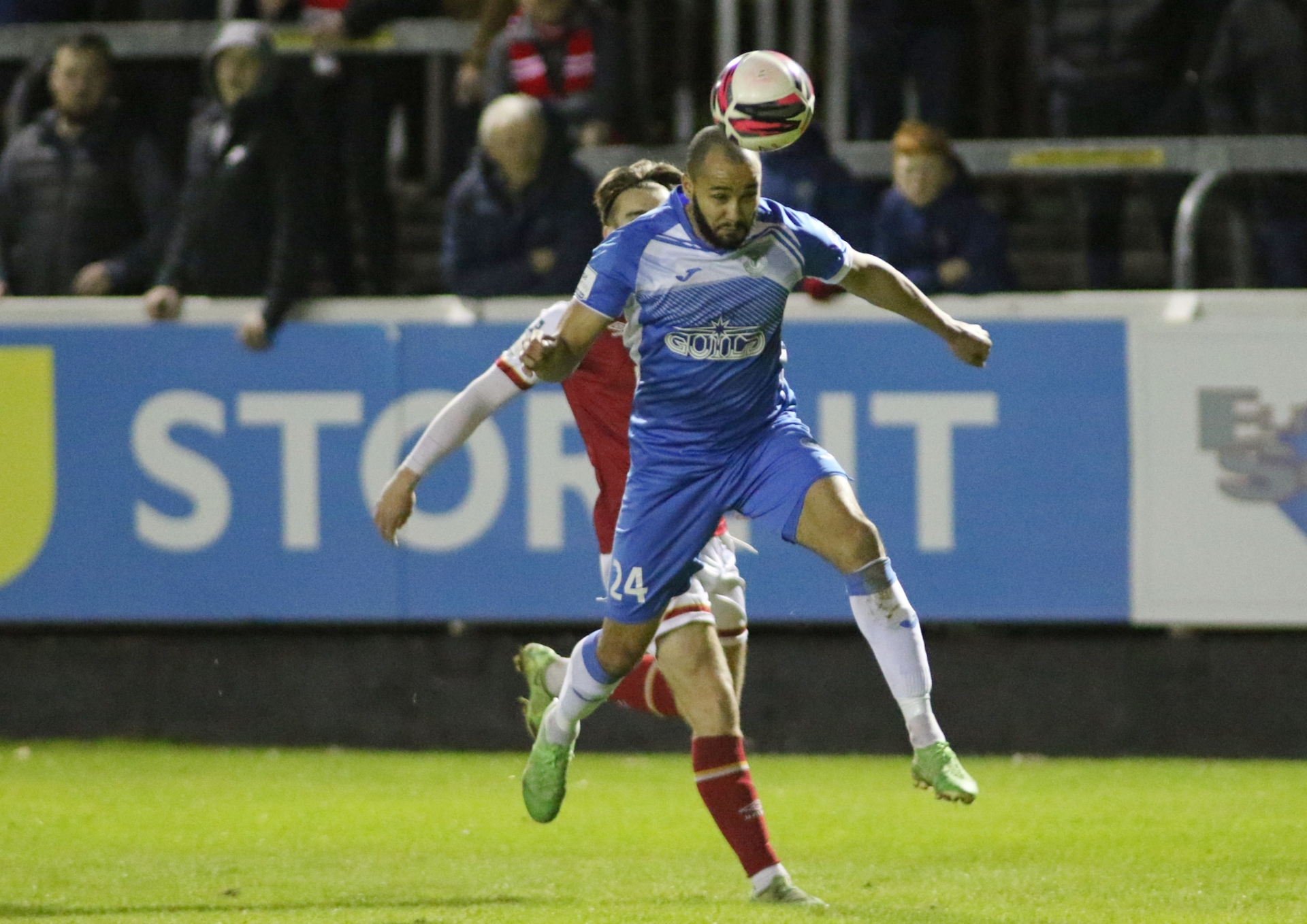 Harps hanging on
Finn Harps are nothing if not entertaining. Hanging on to Premier Division status and they have it in their own hands on Friday, the final night of the league.

They always do it the hard way and it was no different on Friday night last in Inchicore, finishing with 10 men. A moment of madness is the only way to describe Kosavar Sadiki's dismissal and there was a coldness from team mates and management as he made his way to the sidelines.

The game itself was a great watch on TV and Harps were looking the more likely winners until the sending off. Indeed, almost all of Harps’ games this year have been entertaining with some good football. Manager Ollie Horgan was also again in the wars, getting a red card. The most likeable person you could meet, but on the sideline he takes on a different persona.

Is that conflict with officials being mirrored by his players? There is not a more hard-working manager in the league and the work he has done with Finn Harps over the last eight years is nothing short of miraculous. He has kept them in the Premier Division, meeting and beating the best teams.
The chances of Horgan changing his personality are slim, but it may benefit the team if focus is less on officials and more on his team. Referees and officials rarely change their mind and, as they say, decisions can even themselves out over a season. PC 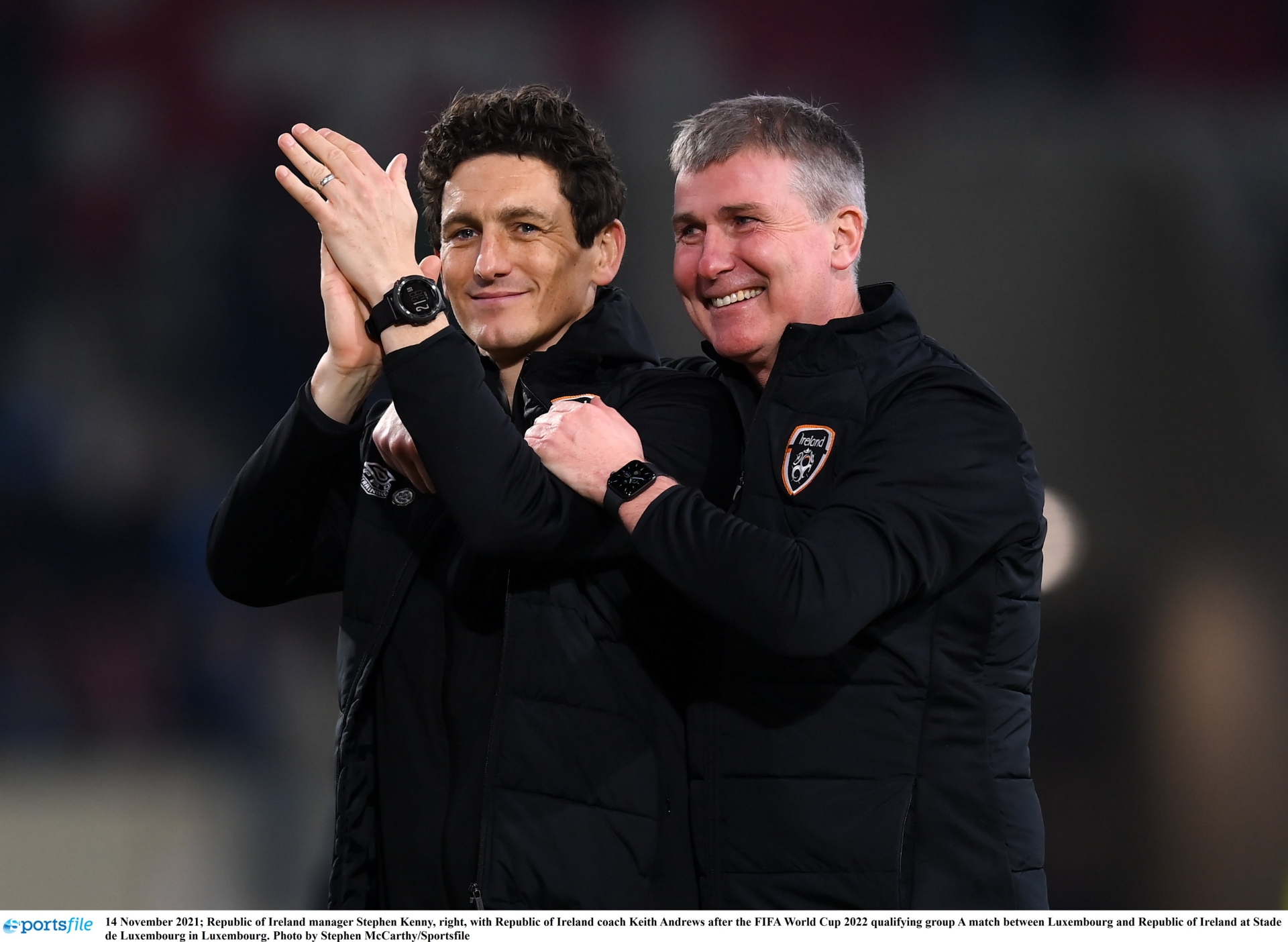 Sign him up
The cold light of day shows that Stephen Kenny has won four from 20 internationals as Ireland manager, yet the future is bright. Kenny inherited a mess, both on and off the pitch and the early games of his tenure were a spillover from what went before.

Losing at home to Luxembourg in March was a disastrous result, although one that showed where Irish football was at. People tend to look at Ireland’s past through green-tinted glasses.

Since 2002, Martin O’Neill is the only manager to claim notable scalps - Germany, Italy, Bosnia, Austria and Wales away. However, his term concluded with a dismal record of just one win in 11 games.

The highest-ranked team Brian Kerr’s Ireland beat competitively was Georgia, who were 84th in the world at the time. Steve Staunton’s biggest win was against Slovakia, Ireland never beat a team ranked above them during Giovanni Trapattoni's five-year reign, while Mick McCarthy II only saw competitive victories over Gibraltar, twice, and Georgia.

Troy Parrott, Josh Cullen and Aaron Connolly featured spardocially under McCarthy. Nobody knows these players better than Kenny, who risked his own reputation to avoid the quick-fix, for the betterment of Irish football in the long term.

Ireland are not blessed with the top-end Premier League talent they once were and if you grade the youngsters’ progress, plus the rebirth of players like Shane Duffy, James McClean and Jeff Hendrick, almost every player is outperforming themselves. A manager’s job is to get the best out of the players at his disposal and, in international football, to develop what you have.

Kenny is doing just that and with the Euro 2024 qualifiers still 16 months away, Ireland should be in a good place to make a serious fist at qualification. The FAI should row in behind their manager now and give him a contract till the end of the Euro 2024 campaign. AF 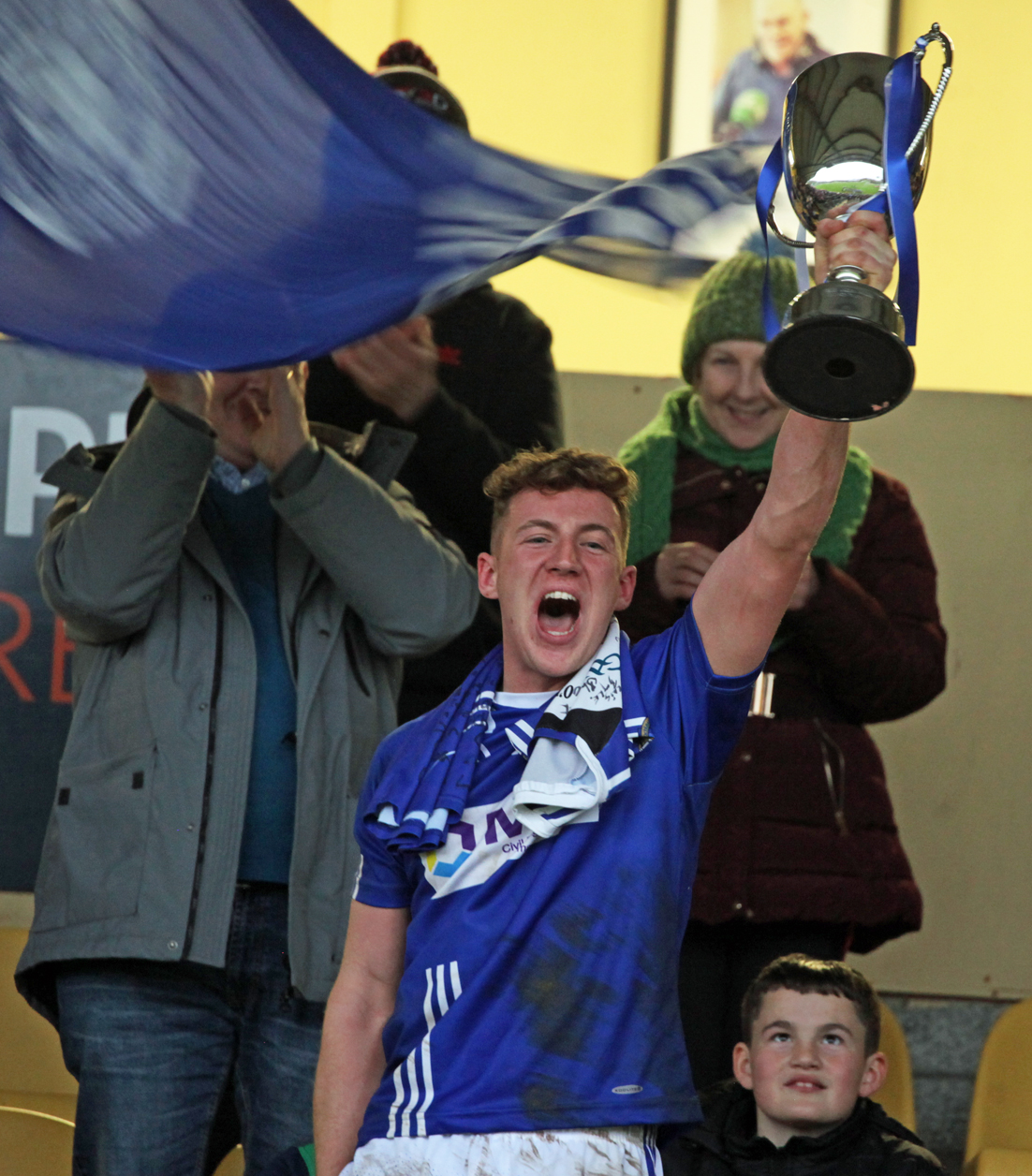 Back for more
Cloughaneely have endured a tougher time than any other club in the county over the last three years, tragically losing three of their own and a friend. Few neutrals would’ve begrudged seeing Mark Harley lift the Cathal McLaughlin Cup last Saturday in Letterkenny with the widest smile in town.

Their recent history has been a rollercoaster and as a Division One side for the last three years, they’d have been itching to get out of the Intermediate Championship having lost finals to St Naul’s and Aodh Ruadh, both of whom have continued their upward curve in the senior bracket.

Even in the drawn final against Dungloe where Cloughaneely, in their own words, were “all over the place,” Michael Lynch’s team came from seven down to draw. Last weekend, they proved what a fine side they are with a comfortable replay win. Their struggles have made them resilient - they’ve shown plenty of bottle. AF