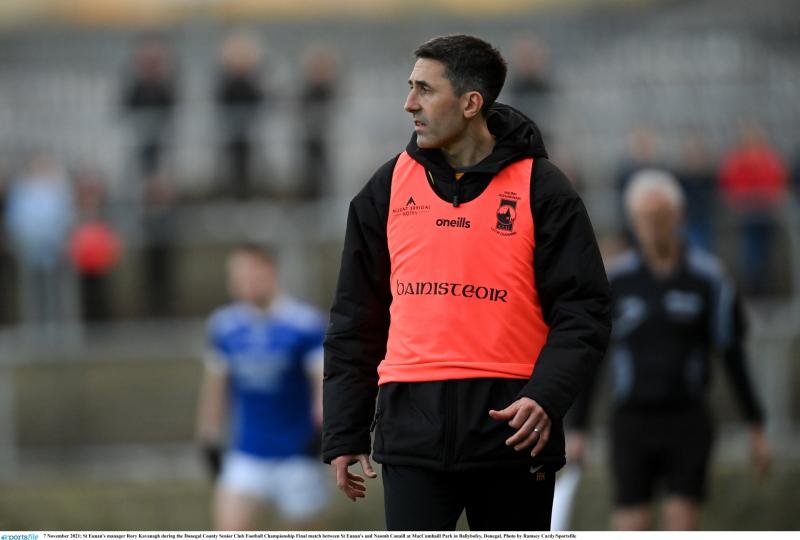 "I'm hoping that these boys want to write their own history, and that's important," says St Eunan's manager Rory Kavanagh, as the Letterkenny club prepare for a preliminary round game in the Ulster club championship today against Derry champions, Watty Grahams, Glen (1.30pm)

Kavanagh, in his first year in the managerial hot seat, comes up against one of the most successful managers in the province at all levels in Malachy O'Rourke. Born in Derrylin in Fermanagh, O'Rourke has been living in Ballygawley for many years.

His CV as a manager is impressive, taking Fermanagh to within a whisker of an Ulster title in 2008; winning Ulster twice with Monaghan in 2013 and 2015 and an Ulster club with another Derry side Loup 18 years ago. He has also won county titles in

Tyrone and Cavan with Errigal Ciaran and Cavan Gaels. Last Sunday week, Watty Graham’s won a first ever Derry SFC crown defeating Slaughtneil 1-13 to 0-7, having run the same side close in 2020 before losing 0-15 to 0-12.

Rory Kavanagh is just beginning his apprenticeship but he has started well. He managed the Donegal U-16s to the Buncrana Cup in 2018 and now in his first year at senior club level with his native St Eunan's, he has won the Donegal championship.

Kavanagh was involved in six Ulster campaigns as a player and he says there was only one occasion (2008) that they went at it properly. "We had a good decent tilt at it but came up against Crossmaglen. In other years, I wouldn't say we took our eye off it, but we didn't have the desire or hunger to go on deep into the campaign."

But now as a manager, he has a different role. "It's nice to be in a position to be preparing for it and we're all looking forward to it," said Kavanagh.

"Everybody knows that it's going to be a massive challenge and Glen will be extremely well drilled and well coached under Malachy O'Rourke, but the general feeling is that everybody is looking forward to a good contest and it being at home in O'Donnell Park, having that county ground status, makes it more special for the boys." 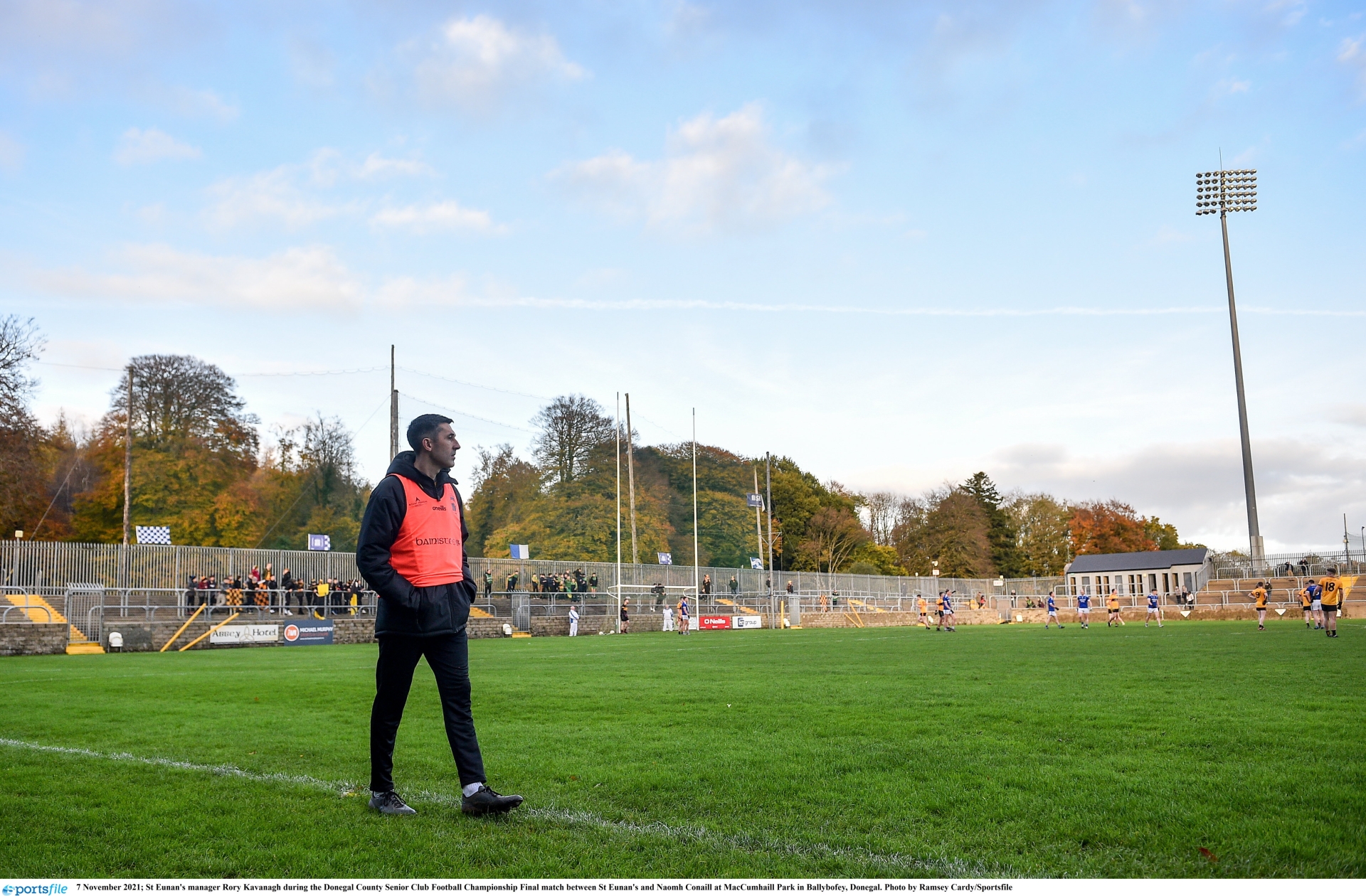 But what makes it intriguing is that St Eunan's are a young team with many of them having played and won in Ulster at underage level, with their Under-16's taking the crown in 2016, defeating Warrenpoint from Down 6-10 to 1-6.

"There will be respect obviously and this team have gone through Derry at their ease," Very impressive again in the final against Slaughtneil. Look, our boys are just concentrating one game at a time, and now concentrating on the Glen fellows.

There will be a healthy respect but it's one where we will be hoping to put in another big performance, like two weeks' ago."
Kavanagh is well aware of the task ahead and the way the Derry side will be coached by Malachy O'Rourke. "He has an unbelievable CV. We came up against him many times when he was over Monaghan, just a really good coach, who has his teams really well prepared.

"That CV is the same at club level; he has gone into various different clubs and he's had success wherever he went. We know that these boys will be well coached, well drilled, knowing their roles very clearly.

"They seem to be racking up big scores in all their games, so look they are a formidable outfit," said Kavanagh, pointing to the fact that they defeated Slaughtneil, one of the most dominant sides in Ulster in the last six, seven eight years.

"Slaughtneil have set the benchmark in the Derry championship. The Glen boys were living in their shadow and I know they have been coming, probably unlucky last year missing out narrowly. And you would have to say they were really, really impressive in the final this year. They have a lot of intercounty experience sprinkled in their side as well.
"We would be hoping that if we could get a few things right ourselves we would be able to disrupt them in their rhythm." 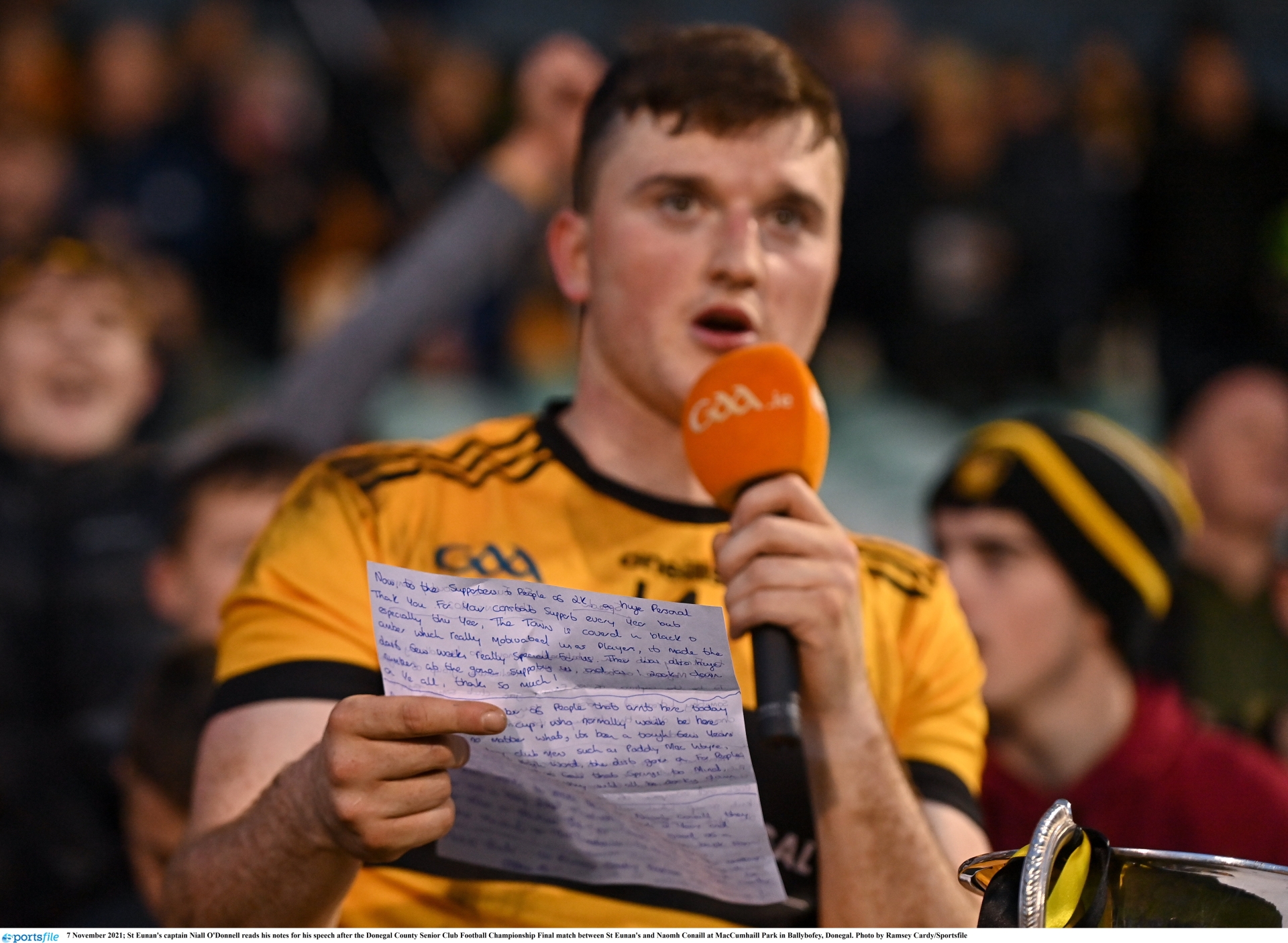 The St Eunan's boss is hoping that home advantage will be a plus and he has great praise for all those who have worked so hard to keep the facility so well presented.

"It's great for boys that are down there looking after that facility year in, year out. Boys like Big Vincent McGlynn, who always takes great care of the pitch; then all the other past chairman and treasurers, who have gone out of their way to run house draws, etc., to raise money to improve facilities.

"Sunday is for them boys as well and for all the supporters, and there will be a good few neutrals as well, it is a fantastic facility and a pleasurable place to watch a game," said Kavanagh, who said that the word was Glen would take a big crowd to the game as well."