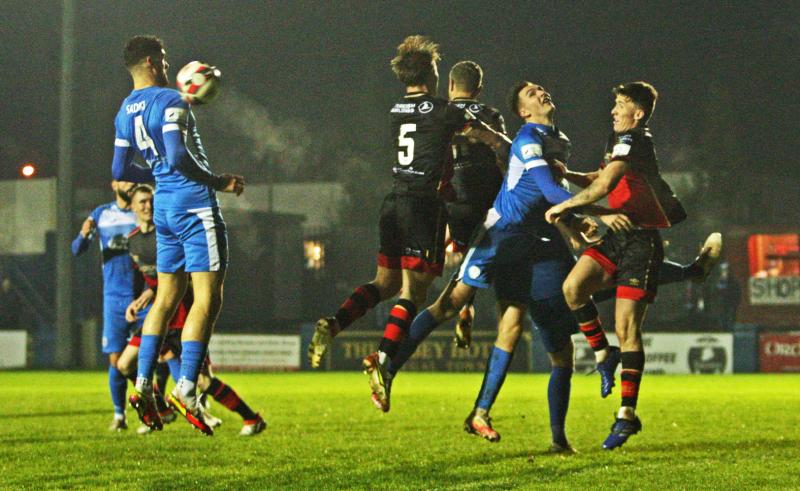 Finn Harps will open their SSE Airtricity Premier Division 2022 season in the League of Ireland at home to Drogheda United.

The side from Louth were the only one of the nine other top flight teams that Harps failed to beat last season. The league will kick-off on Friday, February 18 next with four rounds of fixtures across a 36-game calendar that will conclude on Friday, November 4.

Champions Shamrock Rovers will kick-off their defence of the SSE Airtricity Premier Division title at home to UCD with Extra.ie FAI Cup winners St Patrick’s Athletic away to promoted Shelbourne on the opening weekend. Harps will host Drogheda United, Dundalk will entertain Derry City at Oriel Park and Sligo Rovers are at home to Bohemians in the remaining fixtures.

Harps will take on newly-promoted UCD away from home in their second fixture of the season before a trip to Dundalk on matchday three. Bohemians then visit Finn Park on March 4.

In terms of the first of the north-west derbies, Harps travel to Sligo Rovers on March 14 and welcome Derry City on April 18.

All SSE Airtricity Premier Division games will be broadcast live across traditional outlets and LOITV next season with details to be announced early in the new year. All fixtures are subject to clubs meeting the licencing criteria to participate in the League of Ireland. 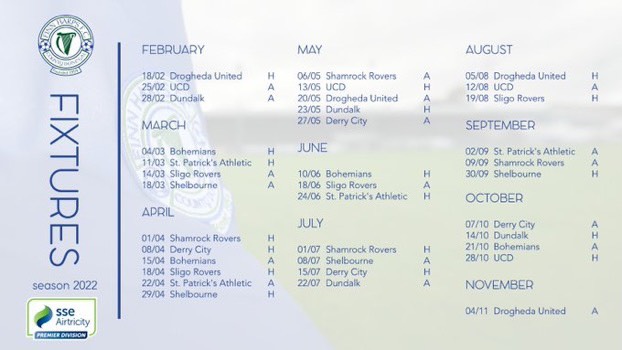