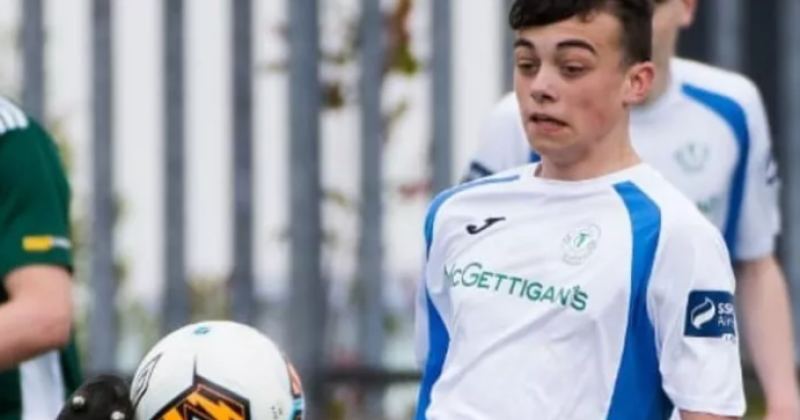 Adam McCaffrey, the young Finn Harps player who suffered a serious head injury last month, has been released from hospital.

McCaffrey, from Dungloe, lined out two weeks ago for Finn Harps Under-21s in a Knockalla Caravans Senior Cup game against Buncrana Hearts at the Letterkenny Community Centre.

The player was flown to undergo emergency surgery at Beaumont Hospital in Dublin before returning to Letterkenny University Hospital and has since been discharged.

A GoFundMe page was set up by parents of the under-19 Finn Harps squad, which has raised €37,000 to date, including a €5,000 donation from Dermot Desmond, the majority shareholder of Celtic FC.

“Adam McCaffrey is now released from hospital and is recuperating at home,” reads a Finn Harps statement. “The injuries sustained were substantial and will take time to heal. He has seen consultants in both Derry and Letterkenny and they are happy with his improvement. Adam's positive mindset will be a great asset as he continues on the road to recovery.

“He wanted us to thank the football family who have shown so much love and support over the past few weeks on behalf of himself and his family.”