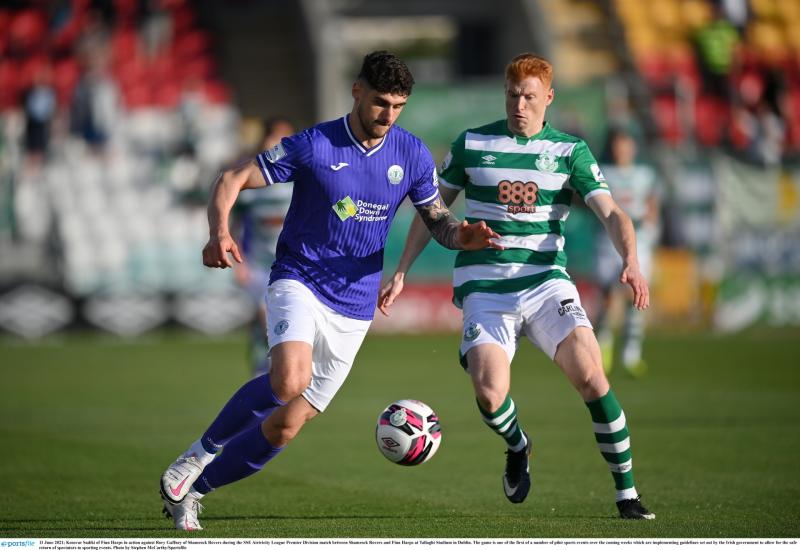 Kosovar Sadiki has swapped life in Ballybofey for Italy, having signed for a Serie C club.

The 23-year-old centre-back signed with Harps on loan from Hibernian in January 2020. After being released by his parent club during the summer, he opted to remain with Harps.

Virtus Entella is a professional club based in Chiavari, Liguria, Italy. They currently play in Serie C Group B. They are currently in fourth place, 15 points off leaders Reggiana.

The club’s official website says: “Virtus Entella announces that it has reached an agreement for the definitive acquisition of the sports performances of the footballer Kosovar Sadiki at the end of the contract with Finn Harps Football Club. The player has signed a multi-year contract.”

Sadiki was born in Moers, Germany, but his family moved to Canada less than a year later. His grandparents had already fled from Beliq Ferizaj, now in Kosovo, but which has long identified as Albanian. He has also represented Canada at Under-23 level.