It’s official: Donegal one of the coolest places in the world 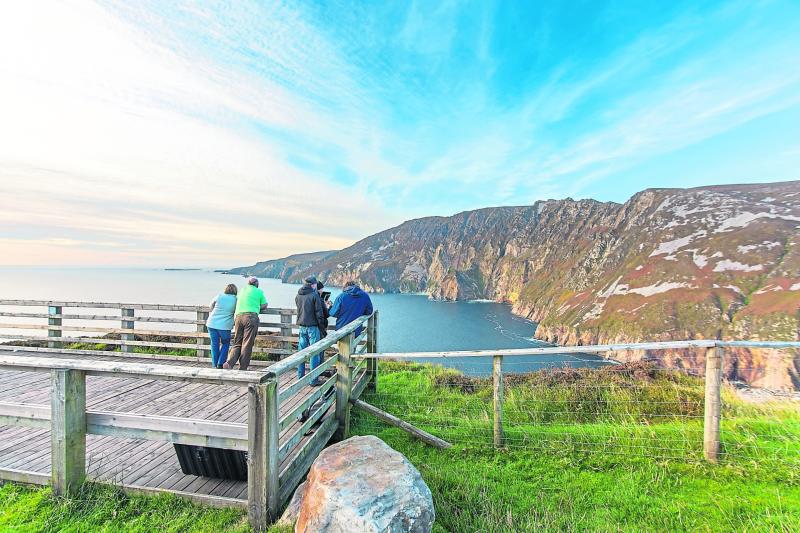 Sliabh Liag - not to be missed - National Geographic Traveller has named Donegal as its top tip to visit in 2017 as it published its “Cool List: 17 for 2017”.

Donegal could be set for another bumper year in tourism with the endorsement of one of the world's biggest travel magazines.

National Geographic Traveller has named Donegal as its top tip to visit in 2017 as it published its “Cool List: 17 for 2017”.

Donegal hotelier, Paul Diver of the Sandhouse Hotel in Rossnowlagh, welcomed the news, saying it will be a big help promoting the tourism season ahead for 2017.

“To even get a mention from them is great so that is great news. They are predicting another good year but the only negative would be that we are concerned with the whole English market post-Brexit, but the powers that be tell us North American market is going to be even bigger next year. The good thing about the American market is they tend to stay about a bit longer and they want to see rural Ireland,” he said.

He said this is good news for the sector that enjoyed a strong 2016 that extended right up to early winter, thanks to the mild autumn weather.

The National Geographic Traveller list captures the “top culture capitals, hipster hotspots, wild escapes and places generally keeping it cool”, and which the publication recommends checking out in 2017.

The article was complimentary about Donegal, saying: “With a weather-nibbled coast spotted with sea stacks, Blue Flag beaches and offshore islands, Donegal is a land that feels undiscovered.

Last summer, scenes for Star Wars: Episode VIII were filmed on the Inishowen Peninsula. But this area of Ireland is also expecting 2017 to be a big year; there’s an array of reasons to visit, from surfing beaches in Magheroarty and Ballyhiernan Bay to Horn Head — a driving, walking or cycling loop that squeezes the 1,600-mile Wild Atlantic Way into a 4.5-mile nutshell.”

Ireland’s Director for the Wild Atlantic Way, Orla Carroll said: “The Wild Atlantic Way goes from strength to strength and it is starting to pick up a large amount of global recommendations. We are delighted that National Geographic Traveller are particularly praising Donegal as one of our key objectives for 2017 will be to boost visitor growth in the north west stretch of the coastal route.”