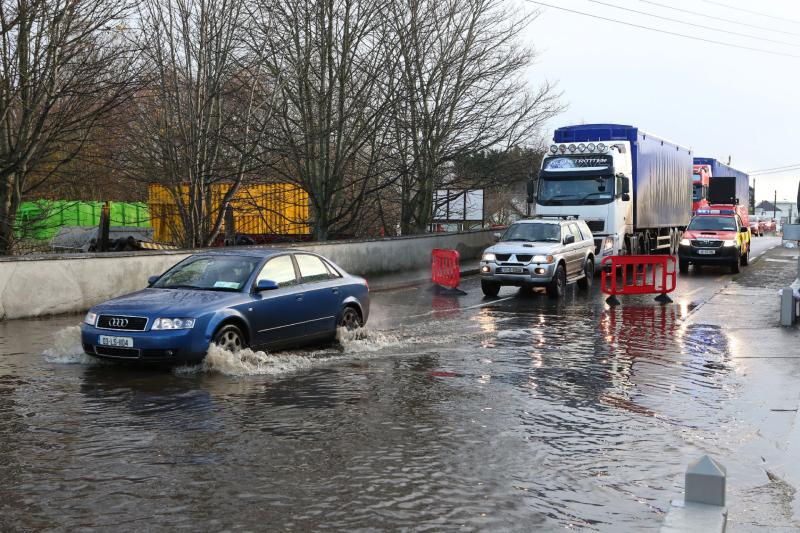 The southern half of the country is on alert for flooding after Met Eireann issued a status yellow rain warning for the coming days.

A status yellow will come into effect at differing times between 1am on Wednesday and 5am on Thursday in Kerry, Cork, Carlow, Kildare, Kilkenny, Laois, Wexford, Wicklow, Tipperary and Waterford.

Met Eireann is warning that "heavy spells of persistent rain will lead to localised flooding" across these counties.

The warning will first come into effect in Kerry from 1am on Wednesday, followed by Cork at 3am and the remaining counties listed at 5am on Wednesday.

The warning will lift in the majority of counties between 1am and 5am on Thursday morning.

In its latest forecast, Met Éireann predicts "wet and rather windy tonight [Tuesday] as the persistent and locally heavy rain extends eastwards, leading to localised flooding. Relatively mild with temperatures falling no lower than 11 to 14 degrees Celsius. Fresh to strong and gusty southwest winds will gradually moderate, except in the south and southeast where winds will remain brisk.

"Wednesday will be a wet day across much of the country, particularly across Munster and Leinster where it will persist through much of the day, only easing at times later in the afternoon with the ongoing risk of localised flooding. However, a gradual clearance to scattered showers and some drier and brighter intervals will develop across the north and west. Highest temperatures will range 14 to 16 degrees Celsius, in mostly moderate southwest winds, strong at times across southern and eastern counties.

"Wednesday night will see further showery rain extend from the south early in the night, becoming heaviest and most frequent over Leinster and east Munster with a renewed risk of localised flooding. Lowest temperatures 11 to 14 degrees in moderate south to southeast breezes, turning a little cooler in parts of the west and northwest under the best of the clear spells.

"There'll be further showers or longer spells of rain on Thursday, with some sunny spells in the afternoon also. Highest temperatures of 13 to 15 degrees in light to moderate southerly winds."