FESTIVAL FUN IN DONEGAL: Nathan Carter and Daniel O'Donnell having a party in Dungloe 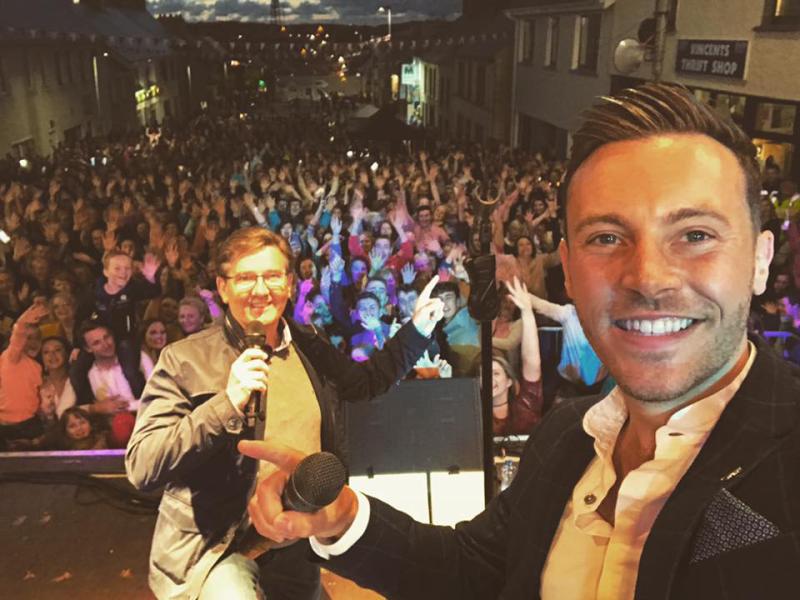 Nathan Carter's brilliant selfie with Daniel and a huge crowd on the streets of Dungloe - pure magic. Photo Nathan Carter.

Two of Ireland’s greatest performers joined forces on the famous gig rig in Dungloe last night and had more than 3,500 fans rocking into the early hours.

Nathan Carter and Daniel O’Donnell proved that they really deserve their many plaudits and accolades after producing the best show seen in a long time in Dungloe.

This wasn’t like the old times - it was better.

Earlier in the day we had paid a visit to Randox, carried out some necessary reversals and then the Mary’s met up with their escorts in the Bayview bar.

This famous bar and restaurant has just been purchased by rally driver and also new owner of McCafferty’s Bar in Donegal Declan Boyle - we will be telling you all about this on Thursday.

From the on it was just pure party time.

Tonight sees the Randox Gala Ball and then Sunday it's carnivals, music and dance and then the definitive moment when the 2017 Mary is chosen.

Goat’s Don’t Shave will be on the Main Street to really get the party sizzling.