Cllr Anthony Molloy has been elected Cathaoirleach of GMD 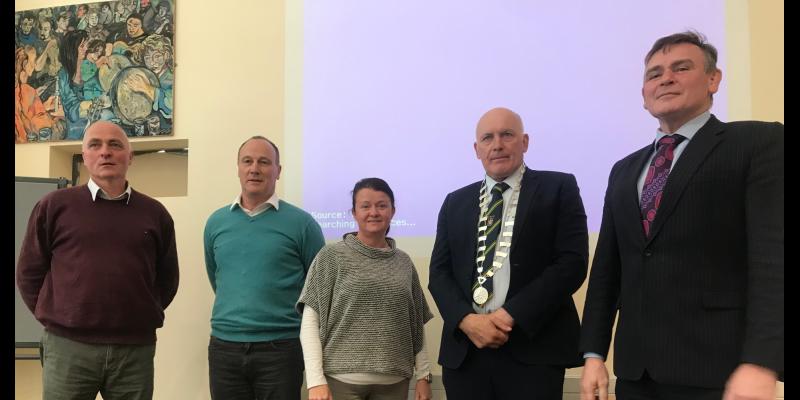 Fianna Fáil Councillor Anthony Molloy has been elected Cathaoirleach of the Glenties Municipal District (GMD) at the AGM which took place in Dungloe, this afternoon.

Cllr Molloy was nominated to the position by Fianna Fáil Councillor Noreen McGarvey.

Independent Councillor Micheál Choilm MacGiolla Easbuig received two nominations for the position of Leas Chathaoirleach. However, Cllr Marie Therese Gallagher, in her final role as Cathaoirleach, said the decision was dictated by the Independent Grouping who had put Micheal McClafferty's name forward.

"Between July and December last year, we had to put up more than 20 families in hotels and B&B accommodation which wasn't really suitable"

Independent Councillor Micheál Choilm MacGiolla Easbuig said he was disappointed adding that he hoped he would be Cathaoirleach next year.

Cllr Molloy thanked Cllr Noreen McGarvey for nominating him the position. He congratulated Independent Councillor Micheál McClafferty on his nomination and said he looked forward to working with him.

Reduced VAT rate for hospitality set to be extended

Cllr Molloy said he was very proud to be nominated and is looking forward to working with all the councillors collectively to get the best results for the Glenties Municipal District.