A monument unveiled in memory of 'brave' and 'determined' Eithne Coyle 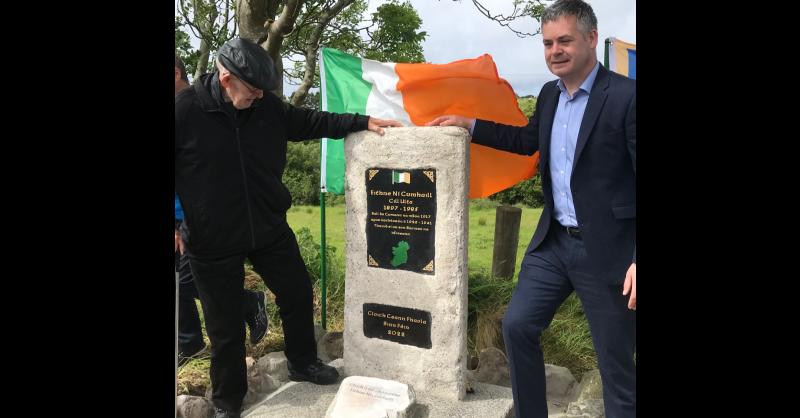 A monument in memory of Eithne Coyle was today unveiled on the outskirts of Falcarragh by her nephew Danny O'Donnell.

The commemorative event was attended by large crowds who had traveled from outside the county to be in attendance. Speaking about the importance of the historical event, Anne Campbell welcomed all those in attendance and said it was time that Ms Coyle was given 'the long overdue recognition' she deserves for the part she played in the formation of this State. She added that oftentimes women and the role they played in history is ignored. Mrs Campbell described Ms Coyle as Donegal's version of Constance Markievicz, Hanna Sheehy Skeffington or Maude Gonne. 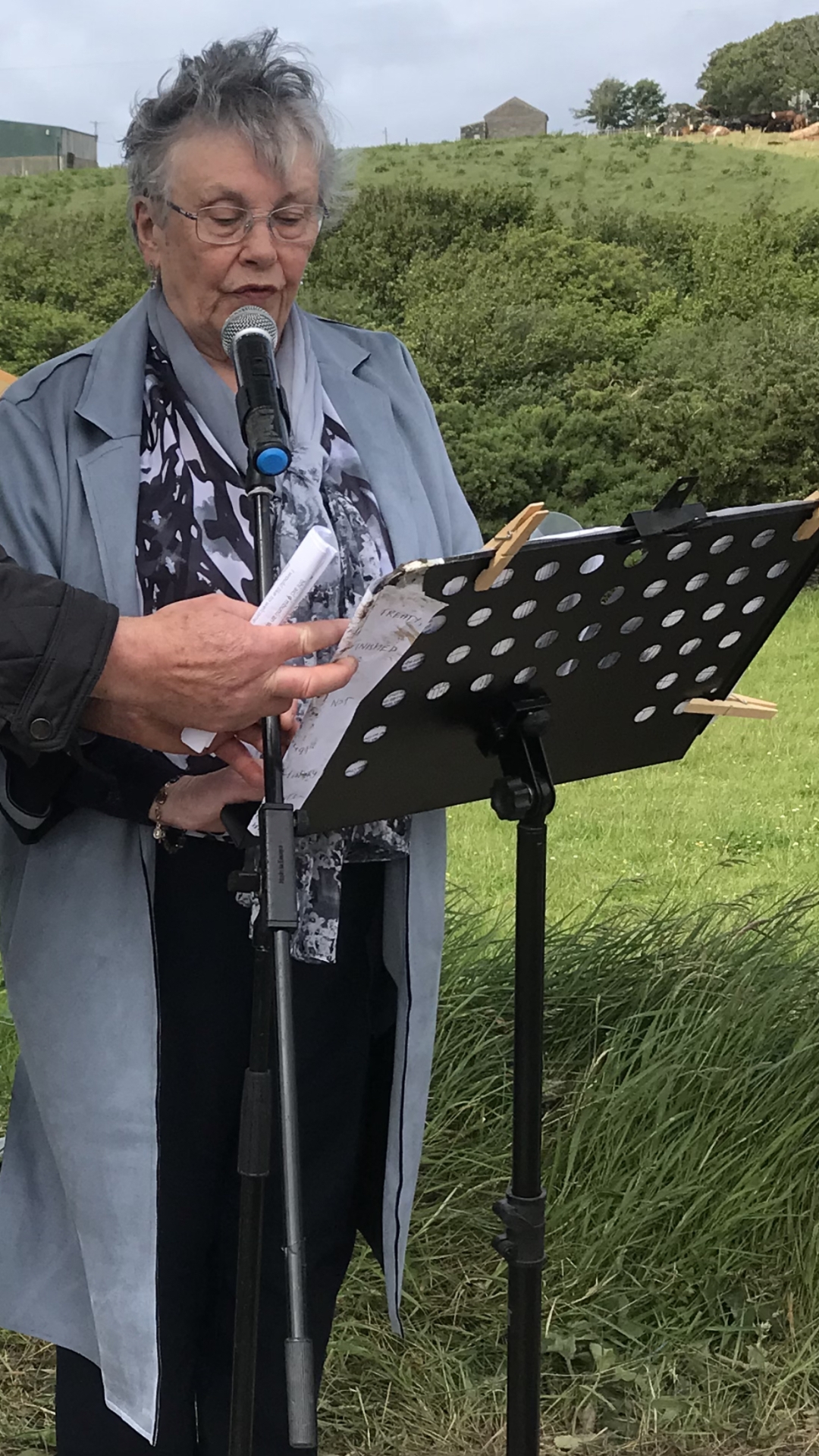 She thanked Danny Curran and John McGinley for allowing the monument to be built on the land beside the bridge. James and Martin Wood built the memorial.

"By erecting this monument, we are showing our gratitude and respect for what she did so that the tricolour flew over government buildings and not the union Jack," she said. 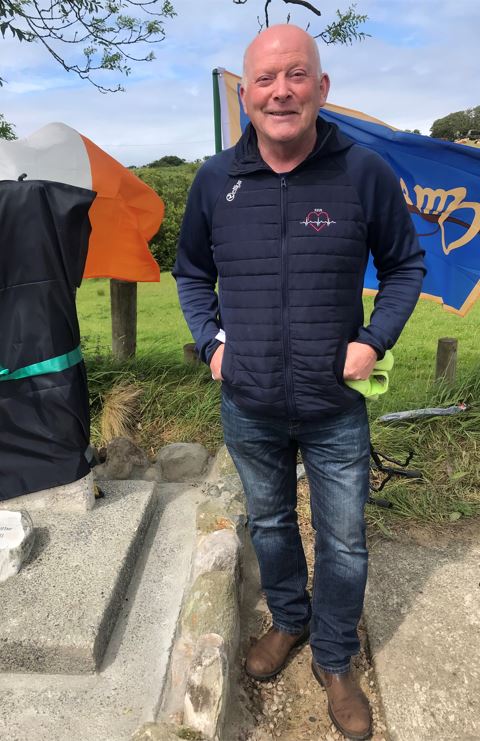 Ms Coyle was a leading figure within Cumann na mBan during the War of Independence and Civil War periods. She was born as Annie Coyle on January, 3 1897 in Killult, a village near Falcarragh. Her brother Donal Coyle served as Commandant in the 1st Northern Division of the Irish Volunteers.

The main speaker at the event was Deputy Pearse Doherty who said Eithne Coyle fought for the freedom of Ireland. He said spoke of the pivotal role she played in Cumann na mBan. Ms Coyle was arrested on New Years Day 1921 and sentenced to three years penal servitude for aiding IRA members. 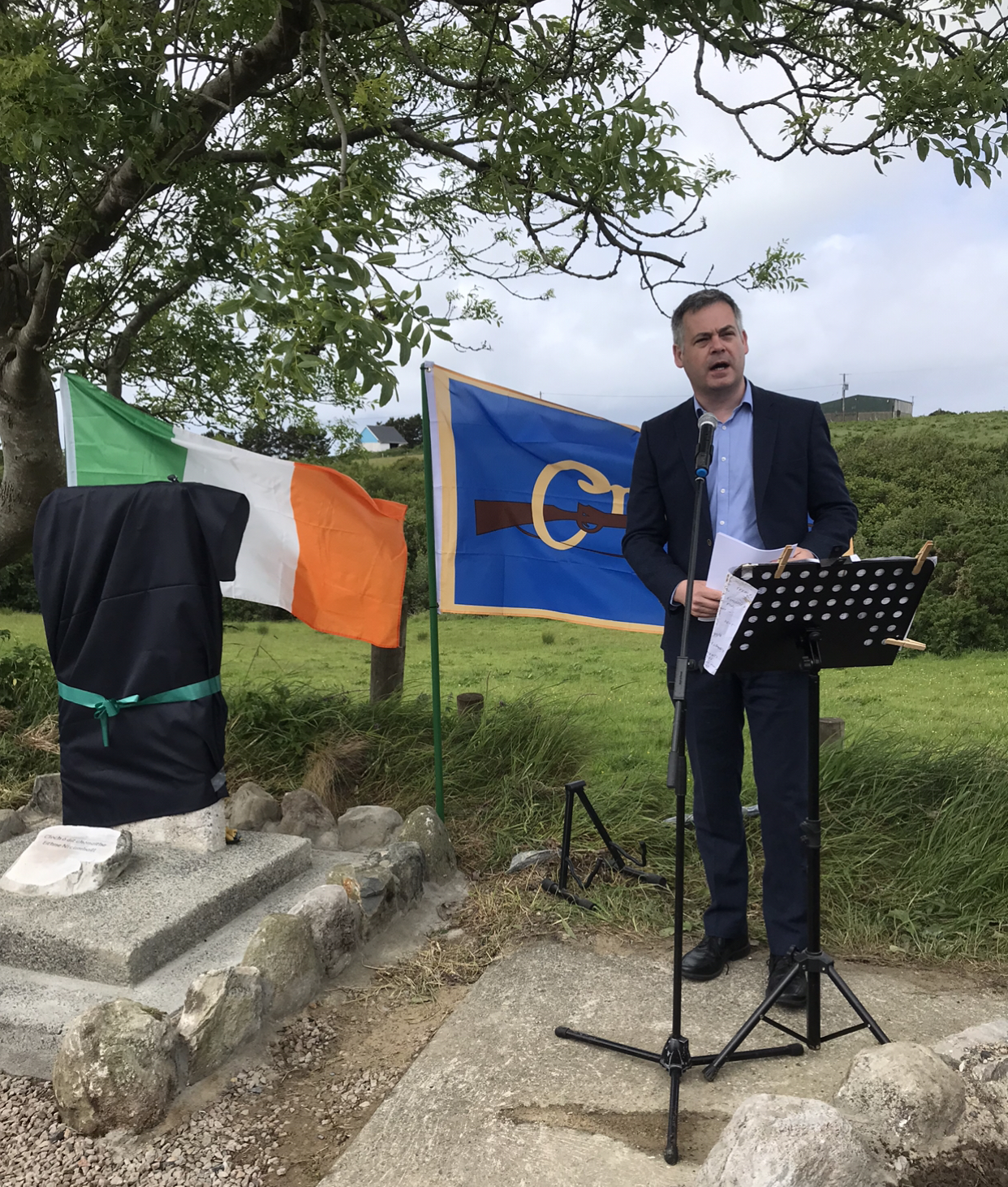 It has been reported that in keeping with Cumann na mBan policy, she refused to recognize the court during her trial. She noted in her private papers: "I read a newspaper during the whole comedy and only raised my eyes once to tell the presiding officer that he was wasting his precious time, as I did not recognise his sham court, as I spoke Irish one of the police had to translate my seven words of wisdom."

Mr Doherty recalled that Eithne Coyle and fellow inmate Linda Kearns hatched a plan to escape from the prison and on October 31, 1921 Coyle and Kearns, along with two other inmates Mary Burke and Aileen Keogh scaled the wall of the Mountjoy Prison and escaped in cars driven by republicans who had been instructed to wait outside.

Following the escape she stayed in an IRA camp in Carlow until the Irish War of Independence truce.

In September 1922 Eithne Coyle was the first member to be arrested as part of this move. While being held at Ballyshannon, Deputy Doherty said, she became the first member of Cumann na mBan to go on hunger strike. After being detained at Buncrana Barracks for two weeks Coyle was brought to Mountjoy Prison by boat.

Several members of Cumann na mBan were in the prison on her arrival and overcrowding became a problem. Coyle led protests against the conditions which lasted for six weeks before another hunger strike was started.

In Later years Coyle was appointed to the executive of Cumann na mBan in 1924 and was elected as president in 1926, after Constance Markievicz resigned to join Fianna Fáil. It was a post she held until her resignation in 1941. After she stood down as President of Cumann na mBan she started research to complete a history of the organisation from 1914 to 1923 harbouring a particular interest in the women involved from the north of Ireland and Scotland.

Mr Doherty said that Ms Coyle was a woman who led from the front who inspired by the acts of 1916 fought for the freedom of Ireland - 'a revolutionary woman who often acted alone.'

He said: "She suffered and we are better for it." He urged people not to forget the part that she played in history.