During the early days of our trip on the Isle of Skye, we met Steven MacKenzie, who is the equivalent of our own GAA President in Ireland. The Camanachd (Shinty) Association President, was also staying at the Hotel Eilean Iarmain on the island. When he was told about Iggy's role in the promotion of Donegal, the Wild Atlantic Way and Ireland, he immediately invited us to a game at his local club, Beauly, near Inverness.
So on match day, we headed for the north east coast. Steven told me about the strong links that shinty shares with hurling and it was really interesting watching their form of the game.

From Beauly, we headed to Inverness for two nights, booking into the dog-friendly, Beaufort Hotel. Iggy got our room upgraded to the Royal Room when the management heard her story. The room had a jacuzzi. 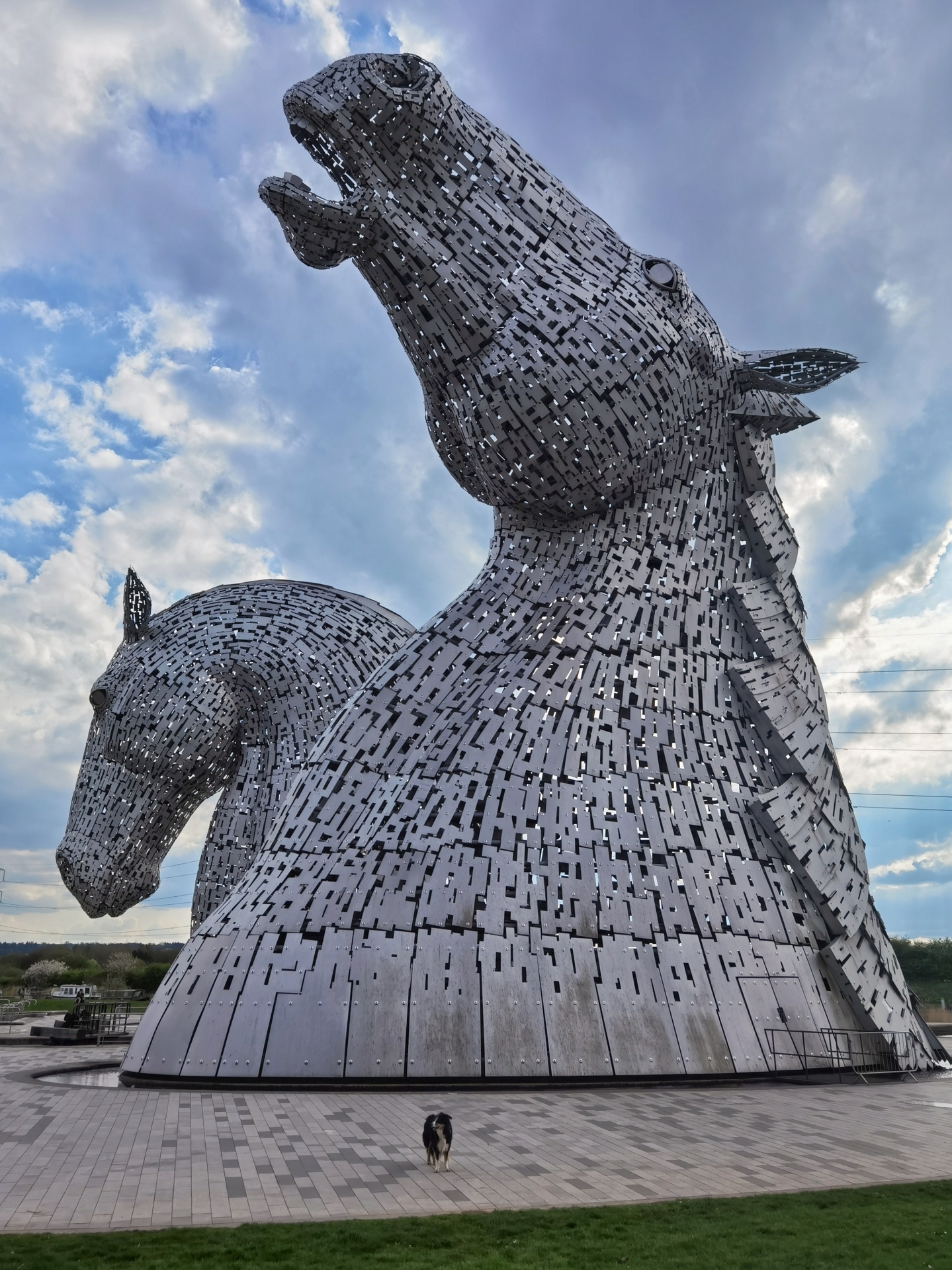 In the city we enjoyed walks to the castle, along River Ness and around Ness Islands. We drove down to Loch Ness and the three of us stared at the lake for three hours. No monster . . .
Our friend Mary in Inishowen recommended a spin to Black Isle to see the lovely coastal villages. One happened to be called Avoch, so I turned to Frida and said, "Look, there's a place named after you!". The "H" must have fallen off..
We encountered a pretty surreal view from Cromarty village, with ten or so oil rigs sitting out in Cromarty Firth. The snow capped Northern Highlands were in the distance. Our final night in Inverness saw myself and Iggy enjoy a couple of cocktails at the dog-friendly, Scotch and Rye Cocktail Bar.

We went in the direction of Edinburgh the following day. There, we met my cousin Orla, née O'Brien, Sligo, and her daughters Olivia and Annie. Husband James was off climbing Munros. Not to be outdone, myself, Iggy and Frida climbed Arthur's Seat - an ancient volcano that overlooks Edinburgh.
Our McBride (mum's maiden name) cousins were next on our visiting list and they are based in the Airdre, Coatbridge area. On the way, we visited Stirling Castle and stopped at the famous Kelpies sculptures, also taking in the magnificent piece of engineering, The Falkirk Wheel. Without going into too much detail, the catch up with the McBride lads was a big one. So big, on the next afternoon we only got 40 minutes down the motorway towards England, when I decided to pull into Cairn Lodge motorway services for a snooze. There was a farmer's shop, deli and toilets with shower facilities. We didn't leave until the following morning.

This article is the third in our series. James O’Donnell is a photographer that lives in Falcarragh with his two dogs Iggy and Frida.