Dungloe Elvis club has a lot of events on the horizon 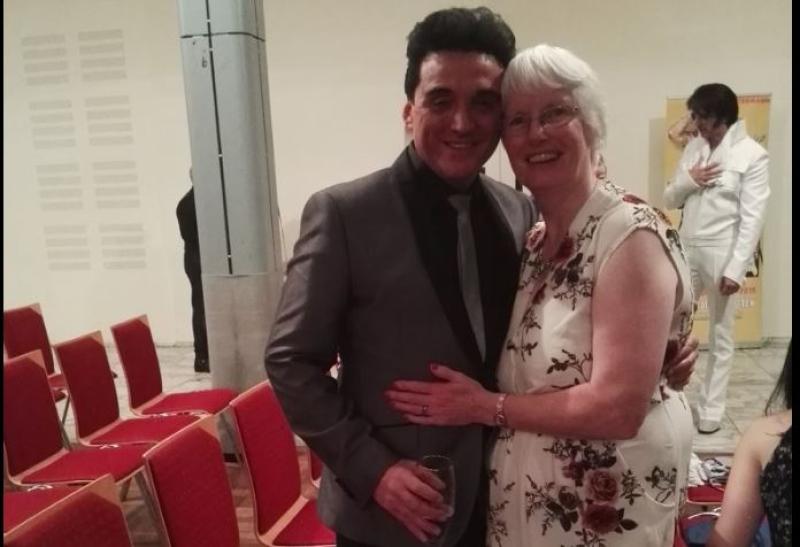 A Donegal based Elvis fan club has got off to a rocking start this year hosting a wonderful event in Dublin and planning the ultimate Elvis Fan Club tour which is to take place this October.
Beatrice Farrelly, who spearheads the events run by the Elvis Rocking in the Hills of Donegal fan club, is looking forward to seeing the home of Elvis for the fifth time this October.

Special Mass: John McGlynn (102) and his dear wife Bridie McGlynn (94) to be remembered

The club has raised thousands of euro for local charities down through the years.
Local people as well as local schools have benefited from events run by the Rosses-based charity.
Earlier this year, the club hosted an evening in Dublin and the beneficiary on this occasion was the Capuchin Day Centre for the homeless which is run by Brother Kevin Crowley..
The Elvis Tribute artist during the Dublin event was Tom Gilson.
“Our Elvis event in Dublin was very successful and Tom Gilson was superb. We made a donation to Brother Kevin who is a wonderful man. We do hope to run another one in Dublin and then run an event at home,” she said.
Fans of the club are very excited to see the new Elvis film which is to be released in the coming days.
“It has enjoyed great reviews and it might inspire younger people to enjoy Elvis’ music. Some may even want to come on the Elvis tour,” Ms Farrelly said.


The number of those who are hoping to travel to America for the ultimate Elvis tour this October is rising steadily but Ms Farrelly says there are still some places left.
The tour takes in Nashville, Tuscumbia and Memphis. Visits to Studio B, The Johnny Cash Museum, Fame Studio, Muscle Shoals, a tour of Nashville & Memphis, and so much more is to take place.