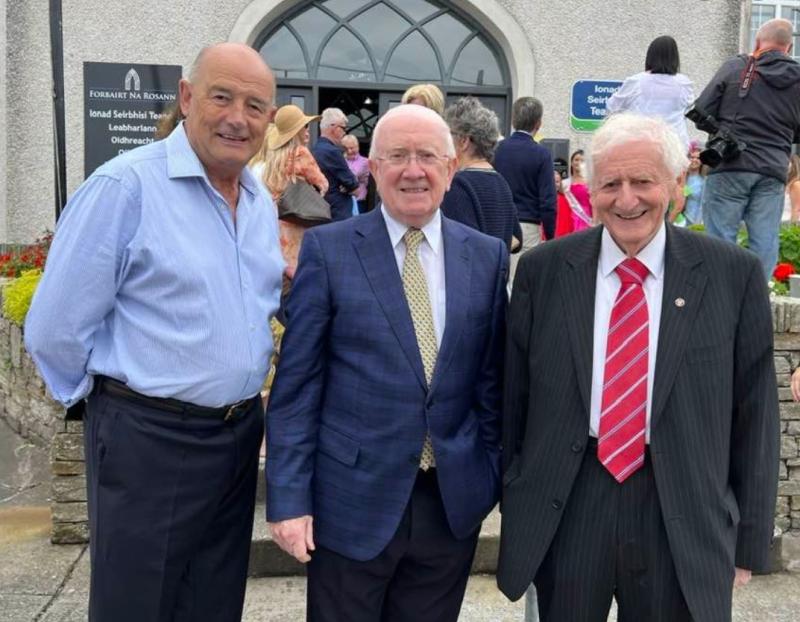 A commemorative plaque in memory of the RTÉ broadcasting legend Gay Byrne which was unveiled on Sunday in Dungloe describes how he was ‘loved beyond words’ and ‘one of their own.’
Gay Byrne would often be seen driving down the main street in the Rosses town, buying the paper in the local newsagent and leaning against a wall discussing weather or politics with locals.
There was huge sadness in the Rosses community on hearing that Gay Byrne had passed away in November, 2019.
The manager of Ionad Teampall Chróine, Helena McClafferty, said it was clear from the outset that something would to be done to commemorate the broadcaster but the pandemic struck and all discussion and organisation had to be postponed.

Ms McClafferty said the broadcasting legend was a huge part of the festival: “He was very much the festival compère for years before Daniel’s time.
“He bought a house here and was very much one of the locals.
“His eldest daughter Crona is now one of the judges on the festival which is very welcome,” she said.
The popularity of the Dublin man was reflected in the number of people who attended the unveiling of the plaque on Sunday, last.
Ms McClafferty said it was lovely to hear Crona Byrne speak eloquently and lovingly about her late father.
“Crona said it was a lovely tribute to her late father. She also spoke about how he loved spending time in Dungloe, his second home,” she said.
The plaque reads: “Dedicated to the memory of Gay Byrne, who touched so many and was loved beyond words in our town of Dungloe. He was one of our own.” 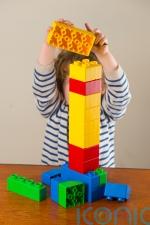 
Members from Forbairt na Rosann spoke to Mary from Dungloe International Arts Festival organisers ahead of bringing the project to fruition with the unwavering support of the local community.
ADVERTISEMENT - CONTINUE READING BELOW