There's loads of theatre and music across the stages of our county, and other venues, in the coming weeks 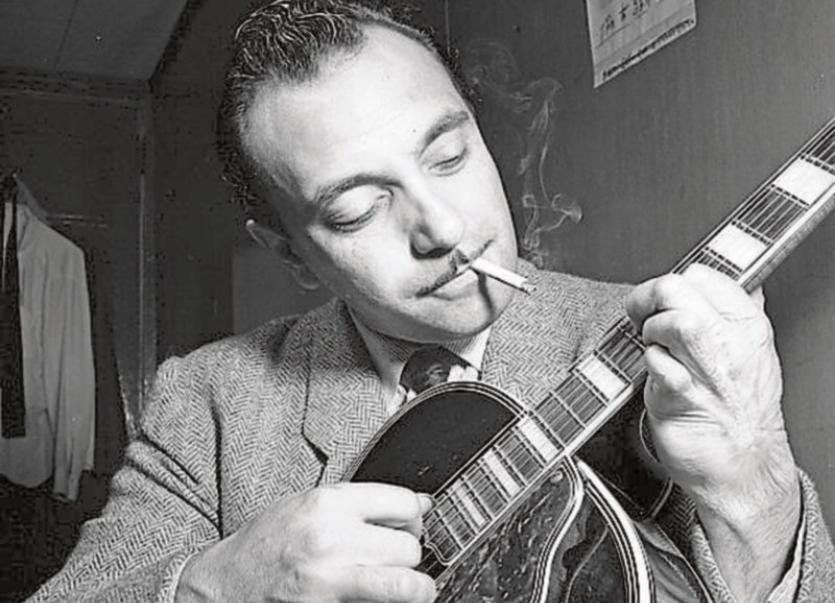 After a long absence, Eddie Kerr’s hilarious play, Packie’s Wake, is on the road again and the funeral cortege is en route to An Grianán Theatre, where it will be staged October 20-22.

Twelve years ago the play went from a three-week sell-out run in Derry and a tour of Ireland, to receiving worldwide attention after a hugely successful sell-out run at the Helen Hayes Theatre on Broadway in New York City.

The play tells the side-splitting story of how local hero Packie Devlin, through an ironic quirk of fate, is allowed to attend his own wake. The poor unfortunate has the opportunity to find out what his family and friends really think of him in this side splitting black comedy.

This new production is presented by the Play Station Theatre Company.

We’re a wee bit spoiled for lovely bookshops in Donegal, and one of my very favourites, the cosy and welcoming Jones & Co in Carndonagh, are having their autumn sale.

This could be a very good chance for the organised among you to get those Christmas stocking fillers sorted at bargain prices!

Django Sur Lennon is a Gyspy Jazz Festival in the most picturesque town in Donegal, Ramelton. It takes place October 27-30, featuring guest artists from France, Holland, the UK, and of course Ireland.

The festival line-up includes the renowned Parisian guitarist Romane and other leading guitarists including Dario Napoli (Italy), Kourosh Kanani (London), Irene Ypenburg (Amsterdam). There will also be top players from the gypsy jazz fraternity across Ireland, including The Manouche Band from Belfast.

Django Sur Lennon will be the biggest gypsy jazz event in Ireland this year. Gypsy jazz or gypsy swing is most often attributed to gypsy guitarist Django Reinhardt and violinist Stephane Grapelli, who founded the all-strings jazz ensemble, the Quintet du Hot Club de France, in the 1930s in Paris. This style is at times also referred to as “jazz manouche”, from the French term meaning “gypsy”.

Well worth checking out. Go to the Django sur Lennon Facebook page or the web site djangosurlennon.com for more info.

Letterkenny Gaels are currently putting on their production of the popular rural Irish comedy, The Real McCoy, in their clubhouse.

Many Young Men of Twenty

The Butt Drama Circle presents “Many Young Men of Twenty” in the Balor Arts Centre October 25-27.

Written by John B Keane and directed by Susan Doherty, “Many Young Men” is a hilarious and heart-wrenching look at emigration in 1950’s rural Ireland.

“I see the two of ‘em sittin’ down on their seats an’ the young fella cryin’. I can see their faces. I can see the train pullin’ out o’ the station.”

The late 1950’s was a bleak time in rural Ireland, where lack of jobs forced many young people to go to England in search of work. “Many Young Men Of Twenty” highlights the struggles, the character and the humour of this period through the eyes of Danger Mullaly (Seamus McCrudden).

Featuring Daireen Laverty as Peg Finnerty, Niall McGonagle as Kevin and Mickey McMahon as Tom Hannigan, it remains as relevant today as when it was written in 1961. For tickets or more information, call 074 91 31840 or visit www.balorartscentre.com

An artist, gripped by the clutching fingers of a dead past; a scientist, defying nature in the dark realm of the senses; an expectant father, driven mad by creeping shadows…

In the unquiet, stygian darkness between life and death, a lone, haunted woman tells chilling tales of the macabre and terrifying, illuminating the curious frailties of human nature…

The Victorian fascination with tales of mystery and the supernatural created an enduring legacy of Gothic fiction; but it is often the male writers that we remember. Many thrilling and eerie stories from the great female writers of that era have gathered dust and been forgotten. Until now.

This dark celebration of female gothic is adapted and performed by Rebecca Vaughan who brought us the marvellous Austen’s Women last year and directed by Olivier Award Winner Guy Masterson (Morecambe).

A celebration of the music of Frankie Valli & the Four Seasons comes to the Balor, Ballybofey at 8pm, Nov. 3.