Ruby and Ralph – Big names at An Grianán 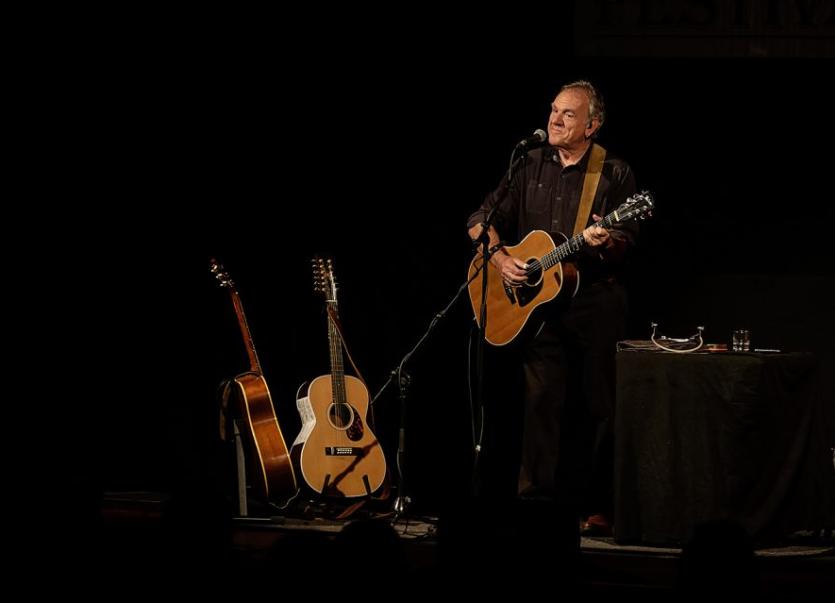 Big names are drawn to Letterkenny like moths to a flame this weekend, as An Grianán Theatre presents bona fide stars with global profiles in both comedy and music.

First up is Ruby Wax (Sunday, November 5th) with her new show, Frazzled. While Ruby Wax's background and profile is very much comedy-related, this show is not a straight stand up show (although Ruby being Ruby I’m sure there will be much humour).

Ruby has another very important string to her bow. Having obtained a master's degree in mindfulness-based cognitive therapy from the University of Oxford in 2013 and authoring two bestselling books on the subject – ‘Sane New World’ and the recently released ‘A Mindfulness Guide for the Frazzled’ – she has become one of the ‘it girls’ of mental health campaigning.

It’s her newest book, ‘A Mindfulness Guide for the Frazzled’, which forms the basis for this show, which aims to help us understand why we sabotage our sanity with our own thinking and providing both an accessible, fascinating insight into human behaviour and a manual for understanding how the brain works. Funny and insightful, this event is your passport to saner living.

The following night (Monday, November 5th) sees one of the icons of the folk music world in Ralph McTell. When people say Ralph McTell, to me my immediate go-to word association is ‘Streets Of London’. It’s an iconic song which he originally released in 1974, earning an Ivor Novello award, and remains a classic.

Ralph’s career spans an amazing almost 50-year period – he released his first album, 8 Frames a Second, way back in 1968. Only the very best endure for that length of time and Ralph has certainly earned his place in the music pantheon. Known primarily as a prolific and gifted songwriter, he’s also lauded for his virtuoso guitar style. Live he’s more or less a complete package as songs, stories, guitar and voice combine to weave a narrative both significant and poignant.

An Grianán Theatre, Letterkenny presents Ruby Wax’s Frazzled on Sunday, November 4th at 8pm. You can see Ralph McTell at the same venue on Monday November 5th at 8pm. Ticket information at An Grianán on 074 9120777 or online at www.angrianan.com