Something for most tastes from Cinderella to Jack L 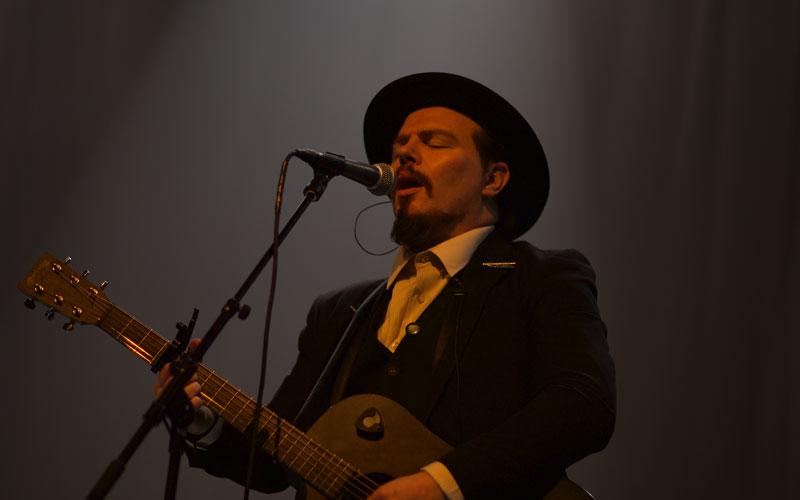 The three finalists – Rosemary Drama Group, The Clarence Players and Moira Players – will each perform their one act drama (duration somewhere around the 45 minute mark) with the winners qualifying for the British One Act finals 2020 to be held in Wales.

The programme is as follows: Rosemary Drama Group perform My Second Best Bed by Barry Syder, The Clarence Players present The Last Of The Mohicans by Hugh Leonard and Moira Players entry is The Pot Boiler by Alice Gerstenberg.

The sixth annual Letterkenny Trad Week gets underway this coming Sunday January 19th. It runs until the following Sunday meaning there’s 8 nights of fine trad music with even a little bit of drama thrown in.

Monday 20th sees the brilliant Galician gaita player Anxo Lorenzo at the RCC joined by Jim Murray (guitar), Dónal O’Connor (fiddle) and Jack Talty (concertina). The gaita is a traditional Galician bagpipe like instrument and Anxo plays it like some sort of Jimi Hendrix of Galician trad. He really is breath-taking.

There’s a change of venue and a change of pace on Thursday 23rd as An Grianan Theatre hosts Livin’ Dread Theatre Company’s production of Trad - a hilarious, absurd and poignant tale of a 100-year-old Irishman… and his father!

It’s back to music and back to the Regional Cultural Centre on Friday 24th with World Traditions a musical double header of Xylouris White & Navá. Xylouris White is the musical collaboration of Greek singer and laouto player George Xylouris and Australian drummer Jim White who’s worked with the likes of Nick Cave, PJ Harvey and Cat Power. Navá is a quartet comprising folk/bluegrass musicians Paddy Kiernan and Niall Hughes and Iranian born brothers Shahab and Shayan Coohe.

Trad Week comes to a close on Sunday January 26 with a gig by Sharon Shannon in An Grianán Theatre. With a carer spanning 30 years, 10 studio albums, 5 live albums, 4 best of compilations and 3 live concert DVD’s Sharon is one of the most recognisable figures in Irish music. Among her many accolades she is the youngest ever recipient of the Meteor Lifetime Achievement Award which was bestowed upon her back in 2009 and she’s still going strong!

On Tuesday January 21 The Playhouse in Derry hosts Dry Wit – an alcohol free event which is part of the PHA campaign for Dry January – Feel Good February. MC’ed by Conor Keys and featuring comedy from Mark McCarney, Ronan Boyle and Diona Doherty, Dry Wit will allow you to have a good night out and a bit of craic without feeling that you have to take a drink. Even better, not only is the event alcohol free, admission is free too.

Conal Gallen in An Grianán Theatre

The always popular Conal Gallen is in An Grianán Theatre on Saturday, January 25 and there just might be a few tickets left, if you’re lucky!

Best of luck to Doc and all in the Letterkenny Pantomime Show, particularly Anna Jane Kingston who takes on the lead role of Cinderella. The show runs this week in the Aura Leisure Centre in Letterkenny from Wednesday January 22 until Sunday 26.

Colgan Hall in Carndonagh hosts 2 x One act comedy plays, "Where’s there’s a Will" and "Slander", including a musical interlude in between the two plays. Performances on Jan 24 & 26 in the Colgan Hall at 8pm.

The Ardara Country and Western Weekend takes place on the weekend of 24th to 26th January.  Friday night sees Stephen Smyth and Saturday night is Dave Lawlor.  Both dances in the Nesbitt Arms Hotel. There will be live music in all the pubs in town over the weekend.  Jiving and Line Dancing Saturday afternoon. A weekend of fun and dance with Ireland's top Country Bands.

The Allingham Arts Association will hold its AGM on Thursday, Jan 23 in Dorrian's Hotel, Ballyshannon, at 8pm Members of the public and prospective Allingham Festival Committee members are welcome to attend.

The Craic Was 90 Concert Show on Saturday, January 25,  brings all your favourite Irish folk songs and ballads to life on a theatre stage. There’s standards and timeless classics, tributes to legends such as Paddy Reilly and Luke Kelly as well as original material by David himself including his ever-popular poem The Broken Man. With a full 7-piece band and an Irish Dancing Drummer creating the beat with his feet this show has something for everyone with a love for all things Irish. Don’t miss this folk and fun filled concert. The craic will be 90!

Mix up with our dance community and have fun in a friendly welcoming atmosphere. Do not miss the chance to mingle with dancers from different classes and schools for Latin dance. Get ready to party and get on to salsa, bachata and more by Carlos. So bring your self, bring your friends and remember - no wrong dance, it's just for fun! Door price: €8. Dress code: All white. The Orchard, Saturday, January 25.

At the Inishowen Gateway Hotel Sunday, January 26. Johnny McEvoy is one of the most renowned folk & ballad artists of the last few decades and has always been highly acclaimed for his excellent shows. With a successful career spanning over 50 years, experience Johnny McEvoy Live at the Inishowen Gateway Hotel on Sunday, January 26  - a concert not to be missed!

Jack Lukeman at An Grianán Theatre

The UK based Kildare man and musical legend, Jack Lukeman, returns to An Grianan for a very special show on Saturday, February 1.

Jack Lukeman is a singer-songwriter, performer, raconteur and a whole lot more besides. He is a platinum-selling, a critically acclaimed artist who continues to win a worldwide fan base with his unique multi-octave voice. Jack has toured as a special guest with artists such as Sting, Imelda May, Jools Holland & The Proclaimers.

This  show will draw material from his back catalogue of albums including Metropolis Blue, Magic Days, Northern Lights, the 27 Club.

‘Lukeman is a compelling, dazzling stage performer. Incorporating the theatrical and romantic sensibilities of the likes of Jacques Brel, Jim Morrison, Leonard Cohen, Tom Waits but with his own genuine melodic appeal and a knack for creating a ‘magic realist’ world that is peopled by all manner of unusual, picaresque characters, Lukeman is a rare, unique brand of performer in the modern age’. - Edinburgh Spotlight Magazine

– Hot Press magazine states: “Lukeman’s voice is powerful and fluid. His range is impressive, from the deep baritone resonance of When The Moon Is High to the aching falsetto of the magnificent Rooftop Lullaby’.

After last year's very successful Comedy Play “Don't Tell The Wife”, it's all systems go with another comedy play “Married Bliss” which is currently in rehearsals.  It involves all characters from the Ardara and Portnoo areas mostly all of last years but with some new additional cast. It is extremely funny and will give you loads of laughs.  The play will be staged on Friday 31st January, Saturday 1st and Sun 2nd February 2019 at 8pm in the GAA Clubhouse.  Tickets are priced at €12 and are on sale in Divers for each night of the show.