Féile na Seanbheairice 2022 has something to offer all the family 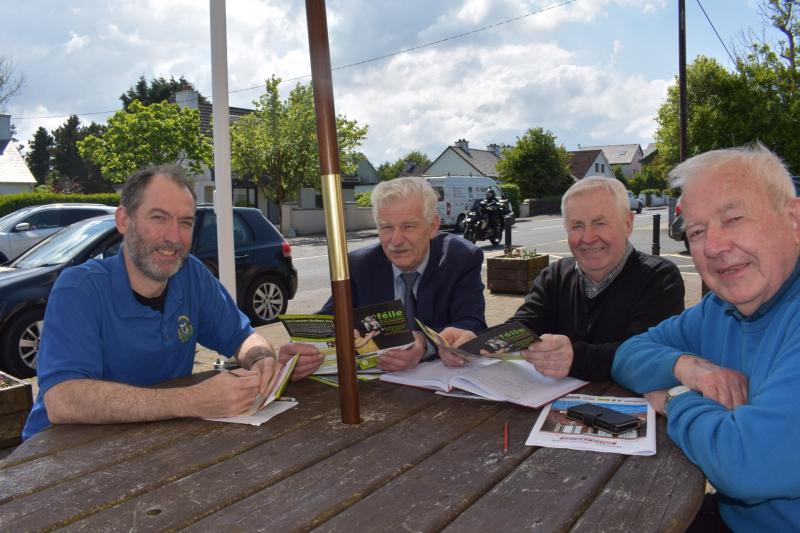 The former regional manager with Údarás na Gaeltachta, Cathal Mac Suibhne, will officially open this year’s Féile na Seanbheairice in Falcarragh this coming Friday night, June 17.
The festival runs until Wednesday, June 22 and will include a host of events for all the family.
The official launch is at 7.30pm on Friday evening and then at 8pm the Donegal-based musician and uilleann pipe-maker Martin Crossin and his friends take to the stage performing the best of traditional music.

A monument unveiled in memory of 'brave' and 'determined' Eithne Coyle

Corn Cuimhneacháin Éamoinn Ghráinne, the sean-nós singing competition organised in memory of the late Eamonn Ghráinne Mac Ruairí of Tory Island and Falcarragh will be held on Saturday at 8pm and is the festival's flagship event.
Eamonn was highly respected as a singer, musician, and folklorist and is acknowledged as one of the masters of the Donegal sean-nós singing tradition.
He is also recognised as one of the finest exponents of the rich musical and cultural heritage of Tory Island.
The competition is open to sean-nós singers of all ages. The cup will be presented to the winner of the competition and prizes will be awarded in the following categories: best male singer; best female singer; and best singer under 18 years of age. The judge is Máire Ní Choilm.

The competition will be followed by a Céilí with Martin Duggan and John Cannon. Patricia Nic Ruairí, daughter of Éamoinn Ghráinne Mac Ruairí, will host a singing workshop for children on Saturday morning at 11.30am. This will be followed by “Corn Amhránaíochta Éamoinn Ghráinne do dhaoine óga”, a singing competition for children.
Joe McGuiggan and Mary McGuiggan, the renowned Donegal sean-nós dancers will conduct a sean-nós dancing workshop on Saturday at 2pm, followed by a sean-nós dancing exhibition, joined by Frank and Eileen Sweeney, with music by Joe Greene.
Speaking at the launch of the festival, Paddy McHugh, of an tSean Bheairic, said the festival has an important role to play the life of Falcarragh: “This festival is important to both an tSeanbheairic and the town.
“Arts and cultural festivals such as this have an important role to play in the growth of the local economy and in the development of cultural tourism. They are also important in the development of community pride and identity, and they also play a significant role in the fostering of the indigenous language and culture.
“I am delighted with this year’s programme and I’m looking forward to enjoying the variety of events planned”.
On Wednesday, June 22 at 8pm, historical entertainer Paddy Cullivan brings you the incredible story of the death of Ireland’s first commander-in-chief.
In an audio-visual spectacular featuring hundreds of images, shocking new research, and incredible songs, Paddy dares to unravel the secrets and lies around what happened that fateful day in Béal na mBlath on August 22 1922.
Seamus MacAoidh, Rúnaí na Sean Bheairice said: “We have some of the most unique and valuable cultural assets here in the Donegal Gaeltacht. It is a very rich culture that is unique and which can’t be found anywhere else in the world.
“After two years of pandemic and having to put events online, it is great to be able to get back to reality and enjoy live shows and watch performances in person.”
For further information contact Paddy at 074 91 80888 or 074 9180655.
A festival programme, including upcoming summer events is available at: www.antseanbheairic.com
ADVERTISEMENT - CONTINUE READING BELOW