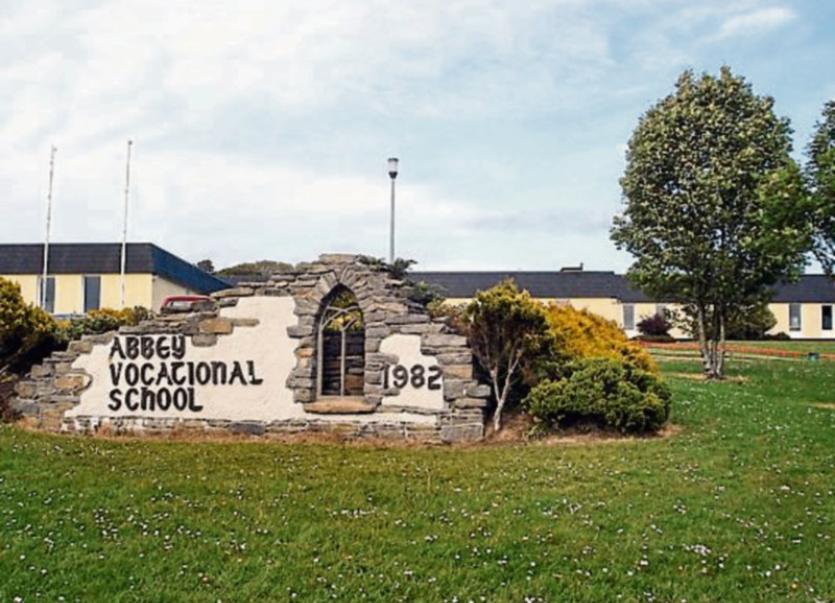 The Leaving Cert class partook in a study skills session with the study skills guru and motivator Michael Bond. This Co. Galway man is known to many for his exploits on the side-line of hurling pitches the length and breadth of the country, having brought the Offaly Hurling Team of 1998 to All-Ireland success. However, his skills extend far beyond the GAA grounds of the nation, he is also widely acknowledged for his skills of communicating with young People. The various different topics focused on motivating students on timetabling study for maximum results. The students very much enjoyed the session and we hope they will put many of the study strategies into play.

Second year English students from classes 2F and 2C have been engaging in classroom debates on the topic of Social Media. These classes went head-to-head in a debate last Wednesday. This formal debate was adjudicated by Transition Year students. 2C were the winners, in what was a very enjoyable exercise for all the students. The topic for the debate was whether ‘Social Media Makes Our Lives better or worse’.

1st year students will participate in 'Bin It!’ which is a workshop to encourage responsible attitudes towards littering next week.

5th year Art students will be visiting the Glebe Gallery in Churchill next week. An exhibition of work which is on loan from the British Council including pieces by Henry Moore, Howard Hodgkin’s and Tracey Emin. The students will also visit Glebe House, the former residence of renowned painter Derek Hill. Later in the day they will visit Letterkenny IT Art Department.

A variety of lunchtime activities takes place this term as follows:

Rehearsals are in full swing for our musical production of ‘Hairspray’! We are really looking forward to the show!

The TY students participated in a 16km walk through the Bluestack Mountains in order to raise funds for further TY activities throughout the upcoming year. Each student was given a sponsorship card to be completed for Monday, 3rd October. The walk took place on Friday, 30th September. The students also received a map showing the route of their walk. The walk began at 10:00 am commencing at The Bluestack Centre, Drimarone and arriving at Letterbarrow Football Clubhouse for lunch. The students then finished the rest of the walk arriving at Lettertrain. It was a very enjoyable day for all involved. Thanks to all in the Bluestack Centre where students had lunch and refreshments and the various teachers who accompanied them on the walk and to Mr Griffin and Mr Harvey for organising the day.

A group of TY students will be attending NUIG on Friday, 7th September with a small team of teachers.

All TY students will be attending a Carnival Workshop this Tuesday, 4th October. During this workshop they will learn how to play samba drums and make carnival props.

Senior girls’ soccer has commenced on Wednesday during lunch. The first game will be away to Buncrana in the coming weeks. All senior players welcome, if anyone is interested in playing please contact Ms. Rooney.

The U15 boys’ soccer team were beaten 4-3 by Stranorlar. The boys staged a great come back after being 4-0 down at half time and created enough chances to go and win the game.

The U16 boys’ Gaelic team competed and won against Ballyshannon on Wednesday, 28th September. The final score was AVS 2-14 Ballyshannon 2-7. It was a tough game with mild conditions. The U14 boys had their first game against Glenties earlier in the week. They had a successful win with a score of 3-7 to 3-5.

Girls training continues every Wednesday from 3:30-5:00.  The seniors will play their first game at home to St Columba’s Glenties next week. U16 will play Rosses College in the coming weeks. It is great to see new players coming out to training with the U14 team. Their games will start in the coming months.

The U16 and senior girls both took on Loreto Convent, Letterkenny in their first game this year. It was a slow starting game for the U16 game with Loreto eventually taking the lead but not for long as Abbey's Ellie Muldoon scored 2 points followed by Amy Lorinyenko's 1st of two 3 point scores. With Loreto's heavy lead throughout the game, Abbey fought back with further scores from Sophie Carr, Amy Lorinyenko and Ellie Muldoon. Unfortunately their fight back wasn't enough with a finishing score of 33-16 to Loreto Convent, Letterkenny.

An early score from Eva Diver put the AVS senior girls team in the lead, but Loreto girls soon replied and scoring many baskets took the lead.

AVS were quiet with scores for majority of the game but put up a good fight to get back into the game. With scores from Kara Meehan, Áine Mc Groarty, Eilish Mc Govern, Eva Diver, Sophie Carr and Georgia Gallagher.

The final score of the senior game was 37-23 to Loreto Convent, Letterkenny.

Training for the boys is every Friday after school. First and second year training from 3:30-5:00. It is great to see so many new and old faces at training. Their games will be starting in the coming months. U16 and U19 training is from 5:00-6:30 every Friday.  U16 and U19 first game will be next week away to Falcarragh.

Training continues every Tuesday from 4.00-5:30pm. The first secondary school Cross Country is coming up in the next few months.