Visible and invisible women 100 Years On 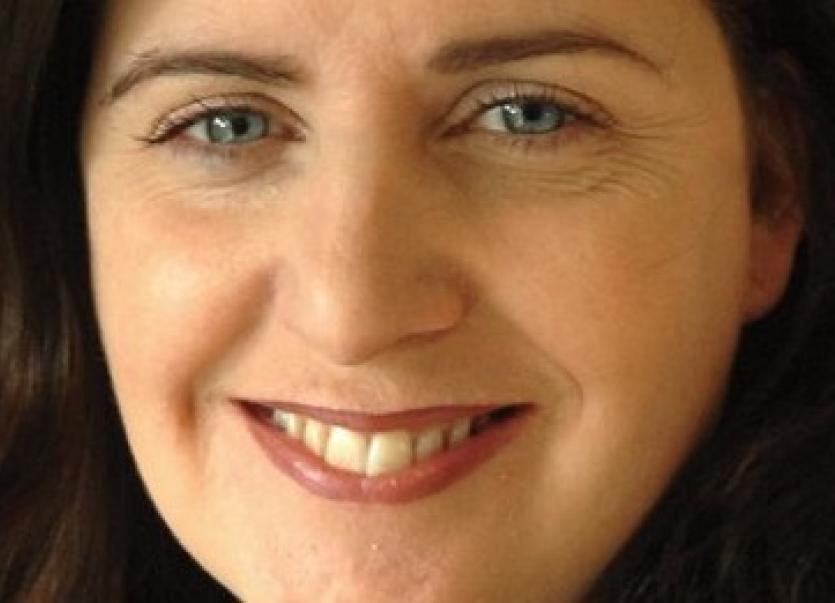 For decades, the conventional wisdom held that no more than 100 women played a role in the Easter Rising, mainly as cooks and nurses in Dublin.*

Enter a generation of female historians whose research in recent years has revealed the wide range of roles that hundreds of women nationwide actually played in 1916.

A major contributor to this new awareness, Sinéad McCoole, is a Mayo-based curator with Donegal roots whose numerous publications include the acclaimed “No Ordinary Women: Irish Female Activists in the Revolutionary Years 1900-1923” and “Easter Widows”.

“One of the things we know is that during the 1970s and ‘80s, major male historians did not refer to women’s involvement in the Rising,” said Sinéad, whose grandparents lived in Glenborin and Mountcharles. “When historians first started to talk about women in the Rising, it was in the context of assisting with cooking and first aid. They did these things, but pension records show women were involved in many other activities, as well, including gun-running, espionage, and couriering messages all over the country.”

A mobile “Mná 1916-Women of 1916” exhibition curated by Sinéad, which documents the broad spectrum of women’s involvement, is currently on display at Donegal County Museum in Letterkenny.*

And Sinéad herself will soon be visiting the county where she spent happy childhood summers, this time to participate in an International Women’s Day (IWD) event which reflects the IWD 2017 theme of #BeBoldForChange through a discussion of the ways women still struggle to be seen in Ireland.

The free public event, entitled “Visible and Invisible Women – 100 Years On In Donegal”, has been jointly organised by Donegal County Museum and NCCWN-Donegal Women’s Network (NCCWN-DWN), and will take place on Wednesday, 8th March, at two Letterkenny locations.

“We are inviting all women – young women, older women, women from different areas, cultures, and nationalities – to join us,” said NCCWN-DWN Co-ordinator Finola Brennan. “It’s an informal event, a day of celebration making the women of Donegal visible. There will be opportunities to share experiences or just to come along and listen.” 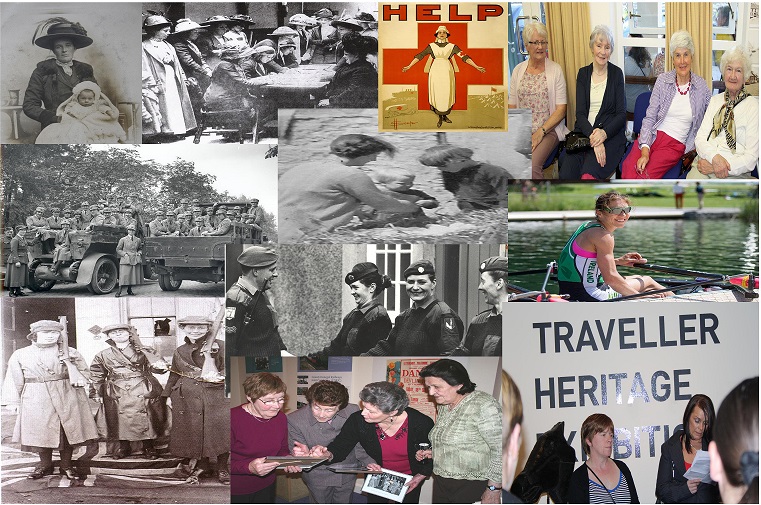 A morning session from 10 a.m. to 12.30 p.m. (registration and tea/coffee from 9.30 a.m.) at the Regional Cultural Centre will feature addresses by Sinéad, Finola, and a number of other speakers highlighting contributions that women past and present have made to Irish society. After lunch, which will be provided, an afternoon session from 2 to 3.30 p.m. at Donegal County Museum will feature round-table discussions among participants about their own experiences of visibility and invisibility in present-day Ireland.

“No women organised the Rising, but when they knew what was happening they got out, rolled up their sleeves, and did something,” Sinéad said. “The exhibition is about history, but it also throws up the question: If all these women were involved in 1916, why are there still so few women in the Dáil? One hundred years later, why is it still so hard to get women to run, to feel worthy of being on the ballot paper?”

These questions are at the heart of women’s issues which NCCWN-DWN has been addressing for the past 20 years, including through this page in the Donegal Democrat.

“Thanks to an invitation extended 15 years ago by the editor of the Democrat we began submitting weekly ‘Women’s Lives, Women’s Voices’ features which have continued ever since,” Finola said. “This page has played a significant role in making the lives of women in Donegal visible, as well as in creating a record of the ordinary yet extraordinary women in Donegal.”

Additional speakers at the “Visible and Invisible Women” event will include Jennifer Redmond, President of the Women’s History Association of Ireland; Cécile Gordon, an archivist at the Military Archives; and well-known Donegal historian Helen Meehan.

The event is free but booking is essential by contacting Donegal County Museum on (074) 912 4613 or at museum@donegalcoco.ie. Any special requirements should be mentioned when booking and organisers will do their best to accommodate them. An induction loop sound system for auditory assistance is available at the Regional Cultural Centre.

* This column was originally published in the February 23rd, 2017, edition of the Donegal Democrat.