WATCH: Festive cheer in Donegal as it's 'Christmastime Again'

Revival of song by pantomime stalwarts Neil and Colm 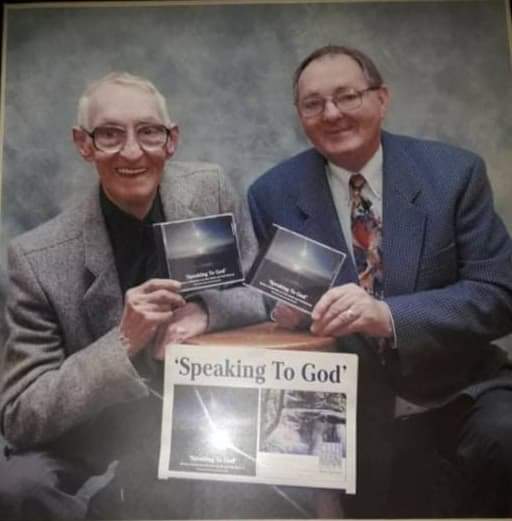 A Christmas song written by two Buncrana pantomime stalwarts is getting a new lease of life in time for tonight's iconic Toy Show.

The song, which is called 'Christmastime Again' was written 40 years ago by Neil Doherty and Colm Smith.

Speaking to Donegal Live, music teacher, Bernie Doherty, of The Music Box and Boogie Bugs, also in the town, said she taught it to about 200 kids last year in after schools groups and in Scoil Íosagáin.

Bernie added: “They are learning it again this year and now my Music Box kids have recorded it. Donal Kearney is in the process of making a video to accompany the song, featuring old and new local Christmas photographs.

“It will be like a Christmas card from Buncrana. The video is not finished yet but we are hoping to have it in time for Friday night's Toy Show. Neil came to hear the kids sing it last year and he is so happy the kids are all singing it. Scoil Íosagáin teachers are keeping it alive this year too.

“Neil and Colm are well known in Buncrana for their involvement in the annual pantomime. Neil directed while Colm, who is sadly now deceased, was in the pantomime orchestra.

“The Two men wrote lots of music together including 'Christmastime Again', which was first recorded by local children 40 years ago. Neil was kind enough to give me some of his music a couple of years ago and he mentioned this Christmas song. I could not believe how beautiful it was,” said Bernie.

With some careful planning and social distancing, The Music Box Singers were able to record it 'Christmastime Again' this year again.

A delighted Bernie said: “It is lovely to have such a beautiful local song back in circulation, along with a video by Donal Kearney that features old and new Christmas songs as well as winter scenes from Buncrana.

“Neil is so generous with his music and time. Both families have heard the song and are delighted so that's wonderful too. It has been a heart-warming experience and will, hopefully, banish the covid gloom. The 'Christmastime Again' video and song will be released by the end of this week on all social media and can also be downloaded from iTunes, Spotify and bandcamp,” encouraged Bernie.