The issue of mica affected dwellings is dominating discussions in Inishowen and wider Donegal.

In her short film, titled: 'The Homes of Donegal', Coreen Robinson, illustrates clearly how mica has the "capacity to ruin buildings, destroy families and break human spirit". 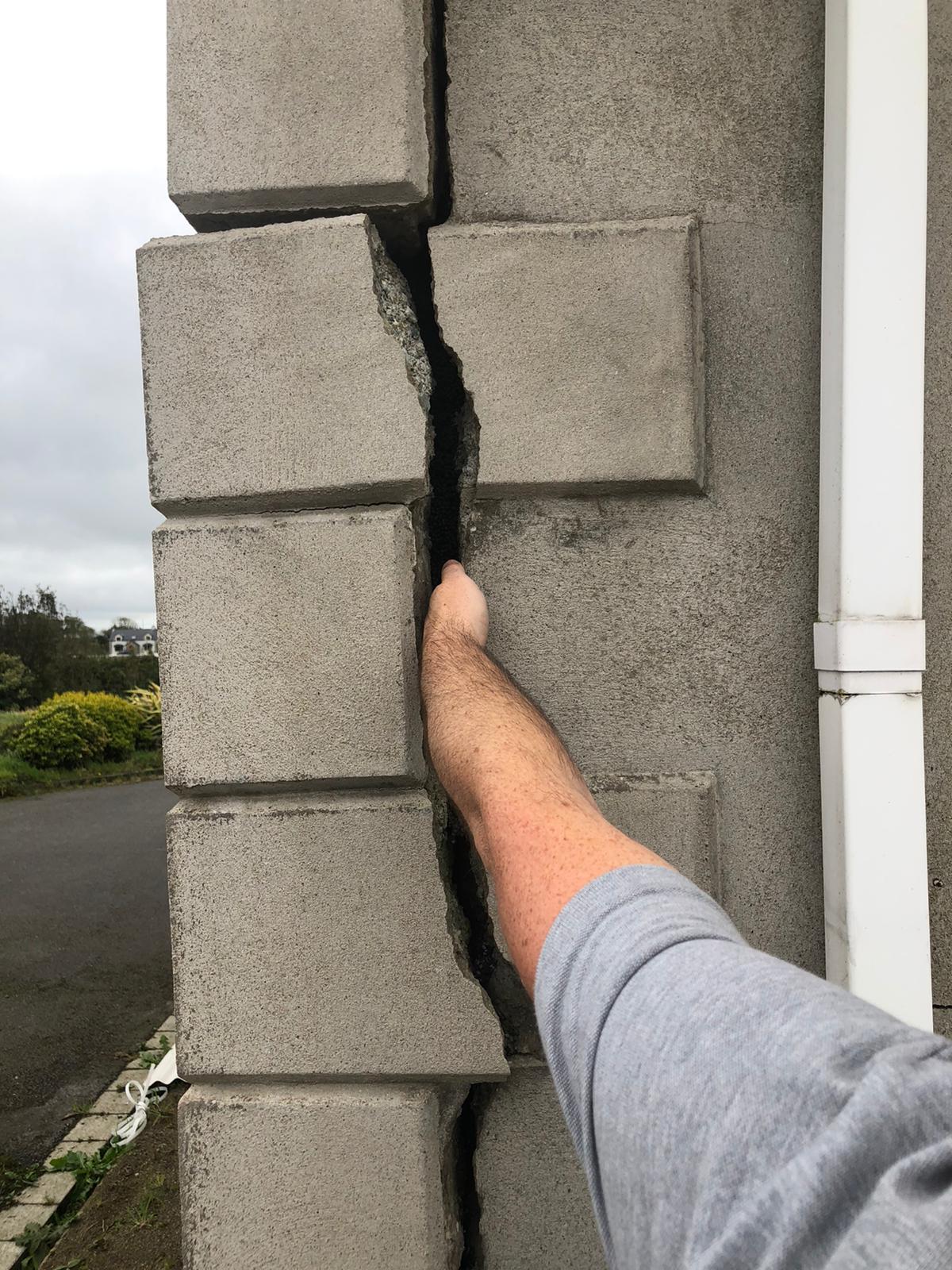 At April's meeting of Inishowen Municipal District (IMD), councillors were updated on the progress of a unanimous motion that the IMD engage with Finance Minister Paschal Donohoe on the issue.

Cllr Doherty said: “Minister Paschal Donohoe acknowledged the IMD letter regarding the issue of the Mica Redress Scheme. However, he said it was a matter, in the first instance, for Mr Darragh O'Brien, Minister for Housing, Local Government and Heritage.

“I think we are being fobbed off here and pushed from pillar to post. My reason for saying that is IMD purposely sent our letter to the Minister for Finance. We purposely had decided, those with a financial remit have a role in the Mica Resolution.

“I find it very, very comforting that we are backed up by former Minister of State for Housing, Planning and Local Government, Damien English. Mr English was of great assistance to those of us in politics trying to get the mica response finally over the line.

“Damien English said, 'The Mica Redress Scheme presently is not perfect'. He acknowledged it was going to be difficult to get a scheme that was perfect from the start. However, he also emphasised that the onus was on the banks and financial institutions to make the scheme more workable, and he said there should be no end date in the support ongoing for all of those affected by Mica,” said Cllr Doherty.

Cllr Doherty added he was disappointed with the initial reply to the IMD from Minister Paschal Donohoe.

He said: “I acknowledge the statements by present Minister of State Damien English. I also think, we in Inishowen have to emphasise again, the financial institutions have a role to play.

“It is important Minister Paschal Donohoe and the financial institutions are made aware of that. If that means proposing additional letters being sent to banking institutions, I think it would be important. However, I do believe we need to follow up with Ministers  Donohoe and O'Brien. The Mica issue and the IMD are not going away.”

Cllr McGuinness said: “Homeowners are in a terrible position trying to get their houses repaired. They are finding it very difficult to find houses to live in while their own houses are being demolished and rebuilt. It is one aspect. The second thing is the cost of building has gone up considerably since their original homes were built.

“IMD needs to engage with the Minister in order to raise the maximum grant. It needs to be raised, as a matter of urgency, to a realistic figure.

“This business of passing it over to the banks is one thing, but the banks are passing it back to the Government and the people whose homes are affected by mica are in the middle. An inferior material was used in the building of their homes and nobody came to their aid or could come to their aid.

“We have to pursue this matter because we have a serious problem at this stage,” said Cllr McGuinness.

Cllr Martin Farren (Labour) said the issue of mica needed to be on the agenda of every Donegal County Council meeting.

He added: “I agree with Cllr McGuinness, we need to increase the limit for homeowners under the Mica Redress Scheme. As we all know,  the house is a family home and you want to leave something to somebody.

“It is very difficult for people affected by mica to pay a mortgage. I don't have too much respect for banks at the moment in relation to some of the things they are doing currently, so I fully support Cllr Doherty and Cllr McGuinness.”

Concluding the discussion, Cllr Martin McDermott (Fianna Fáil) said some people were finding it impossible to come up with the extra money required to fix their homes.

Cllr McDermott said: “Take €275,000, the figure permitted under the Mica Redress Scheme, as a top line. If you take the homeowner's 10% contribution into account, that brings it down to €257,000 and  if you take your fees for Stage One, that takes you back down to €250,000. Fees for Stage Two and VAT take you to around €210,000. It is certainly becoming a problem in today's climate.

“We are averaging anywhere between 12% and 20% percent increase in material costs, timber materials, concrete materials and insulation. Some Grade A insulations have increased in the region of 30% since January.

“So, it is certainly putting pressure on families to meet the amount of money that they are going to have to put together, under the Mica Redress Scheme. The Scheme was put together three years ago, when the climate was different. The size of the house that the scheme was designed around was probably a lot smaller than the dwellings here in Inishowen too.

“I would agree there are elements of the scheme that we need to look at. Minister Charlie McConalogue, Cllr Rena Donaghey and I had a meeting with Minister O'Brien about six weeks ago, to discuss the scheme and discuss where we were going. It was left that a proposal would be sent to the Minister this week to see what his Department could do in relation to helping out some of these families who are struggling to get the funds together,” said Cllr McDermott.

He said: “Some people have been on the PUP for the last six or seven months, due to Covid-19 and, when they go to the banks, they are being ruled out of getting any extra money on their  mortgage or home loan.

“The banks are not allowing people to get money because of the pandemic payment. They are insisting people have to be back in employment for three to six months before they will even consider homeowners being given extra money.”

According to Cllr McDermott, there are currently about 328 applications with Donegal County Council under the Mica Redress Scheme.

He said: “17 are at Stage Two and, hopefully, a number of those will be given the go ahead to start their work here in Inishowen.

“I certainly do agree, there are elements and issues and their are problems for homeowners. We need to do everything we can to make it easier in every way we can for homeowners here in this peninsula and wider Donegal.

“There will be no bigger issue we as public representatives will deal with in the next five years than the mica affected homes. It has to be kept at the top of our agenda.”

Rounding off the discussion, Cllr Albert Doherty said the Mica Redress Scheme had been created by the previous Government.

He added: “However, it can be amended by this Government. IMD councillors want to sustain the pressure, so that our homeowners are compensated adequately for something that was not of their own making.”